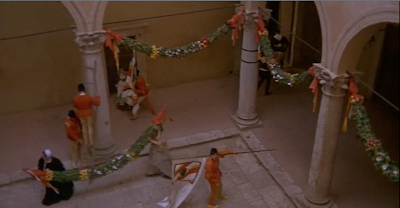 Serious film enthusiasts may roll their eyes at this, but until recently, the only movie adaptation of Shakespeare's Romeo and Juliet that I'd ever seen was Baz Luhrmann's 1996 version. I don't remember Zeffirelli's 1968 interpretation ever being played late at night on TV for younger generations. It was a behind-the-scenes feature on the Shakespeare in Love DVD, during which costume designer Sandy Powell speaks so enthusiastically about Zeffirelli's picture, that prompted me to see it. 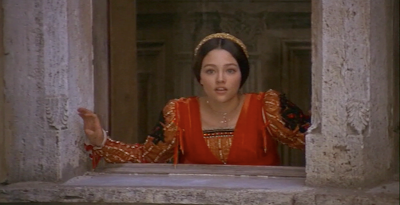 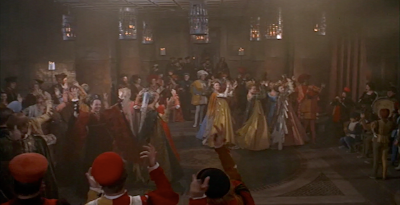 Now I understand what all the fuss was about. Renzo Mongiardino, the celebrated 20th-century designer who did such richly layered interiors for Lee Radziwill, 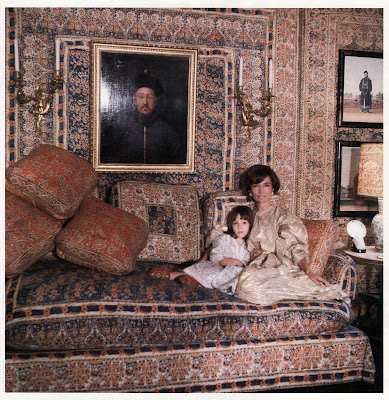 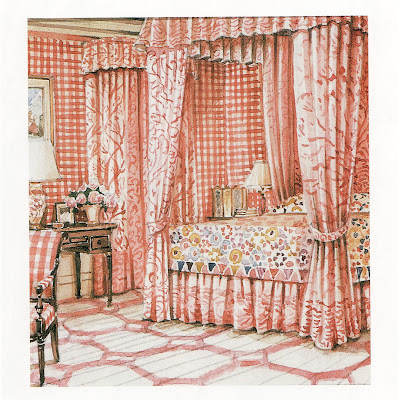 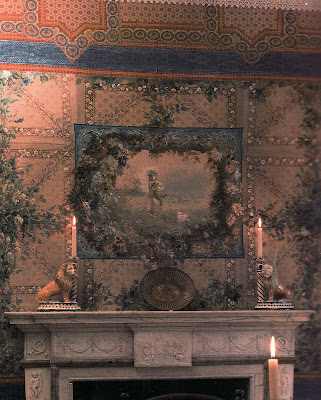 was the film's production designer. Emilio Carcano and Luciano Puccini were responsible for the art direction and Danilo Donati did the costume design. 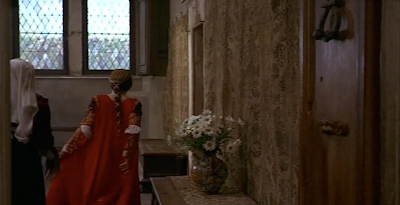 Brilliant color seems all the more dramatic because it is juxtaposed with dull, rustic surfaces including lots of earthy stone, natural wood, and tarnished metallics. And as bright as some of the clothes are (much brighter by the way than they appear in these screen grabs), the hues are never exactly primary colors; the reds lean toward scarlet or persimmon, the yellows skew toward gold, and the blues are peacock or faded Prussian. A side note: I noticed cheerful daisies in several scenes and wondered if the choice of flowers had more to do with historical accuracy or 1960s fashion. Maybe a bit of both? 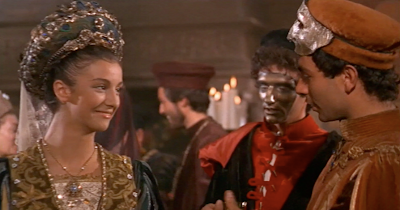 I think a lot of people who work in creative, visual fields -- interior design, event planning, jewelry design -- would enjoy the DVD. 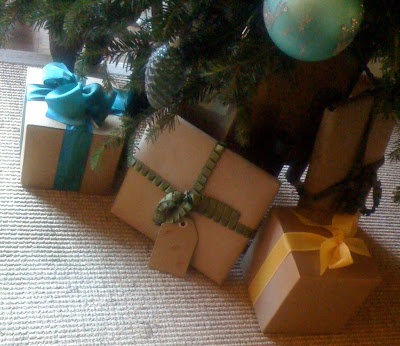 A nice combination for a holiday gift would be both the 1968 and 1996 adaptations along with Shakespeare in Love. It's interesting to compare and contrast them. 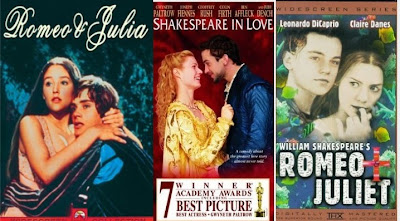 Alternatively, you could pair Zeffirelli's movie with Roomscapes: The Decorative Architecture of Renzo Mongiardino. 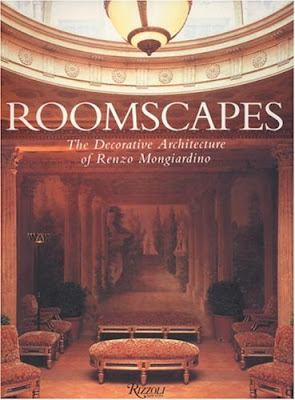 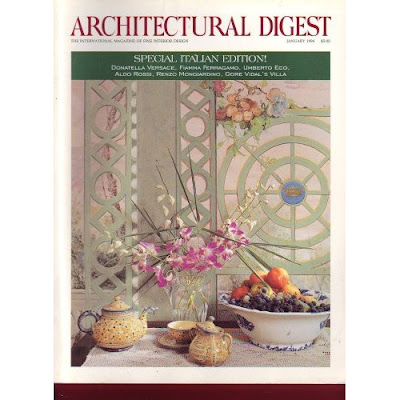 To learn more about Radziwill's walls covered with lacquered Sicilian scarves, see this past post and the NY Times story.

by Duane Hampton, Harper Collins, 2001; Image six is a a Horst photograph from Horst Interiors.
Posted by Style Court at 2:58 PM

Oh those Radziwill rooms are amazing. That will come back into fashion I expect, the layers and layers of the same print in different textures and furnishings. The whole Zeffirelli film is amazing you have rightly pointed out the set design and costurmes but also the music and the acting. And yes it is a bit 1960s as well !!

Do you think it's accurate to describe the hairstyles as 60s-meets-the-Renaissance? So many of the women have on headdresses but large shape feels a bit 60s bouffant too :)

Great pairings! I saw the R& J movie-but did not know that RM was the production designer! Another reason (the positive best) to see it again-thanks for the links. GT

Loved this post. The images you chose are fabulous. I really enjoyed all the information as well. Thanks. Gwen

A terrific gift guide! And charming wrap. One day I am going to paint a floor like that. Not sure which one yet.

Good Lord you made me feel old this morning! Saw this wonderfull film as a sophomore in college. The beauty glows from frame to frame. Thanks for telling me why! By the way, the nude scene showing Romeo's backside created a phrase in my personal lexicon for all these years: Romeo butt. Graceful, elegant more Grecian than those football players that seemed to be every girl's heart throb back then!

I've only seen that version of R&J once, and it was back in an AP English class in high school. Of course, I had not a clue at the time who Mongiardino was! I really should rent it soon.

Thanks to everyone who likes the gift idea!

I'm hearing from more people who saw this in high school or middle school, as part of English class, so I'm second guessing whether or not I did see it as a teen. Everyone has a funny nude scene story though --- seems I'd remember that part :)

The colors in the costumes and fabrics are really saturated! Like they are hand dyed. Thank you for reminding us! I remember seeing this film as a child.

I haven't seen the 1968 version, but the scenes pictured here are beautiful. Will have to check it out one cold winter's night!

I first saw the Zeffirelli R&J in Highschool in Sister Rosemary's English lit class, nude scenes and all (they are married as Sr R pointed out). Saw it again recently in the middle of the night oddly enough. I think everything in it is beautiful. The music, the costurmes, the actors. Whatever happened to Leonard
Whiting( Romeo where are you not wherefore art thou)

I remeber first seeing the Zeffirelli film in high school (required after reading Romeo & Juliet) and being "dazzled" by it then. It has been a few years but youv'e encouraged me to watch it again!
Thanks for posting.

When I was in college, I took a "Shakespeare in Film" class, which was brilliant. Zeffirelli's Romeo and Juliet stood out (the 1996 version had not yet been made), as did Polanski's Macbeth (the first film he made after his wife was killed in the Manson murders). Both films wonderfully over the top ~ Shakespeare at his most dramatic.

what a visual feast!

Whoever was asking about what happened to that gorgeous Romeo - he didn't age well. sad. he was so gorgeous and yes, I was in love with him and her too - that nude scene was the raciest thing I had ever seen!!! wow. I can't tell you how much i loved that movie. all the girls would just sit and sob and sob and sob. never knew about Renzo though. now I want to see it all over again. and fall in love again.