Term of the Day: Dominoterie 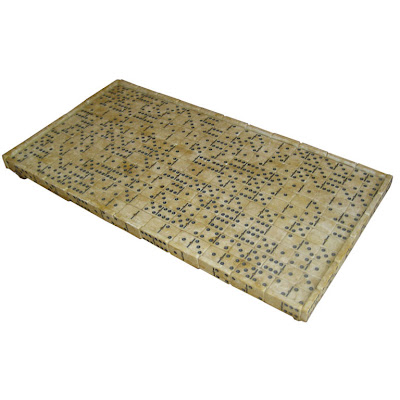 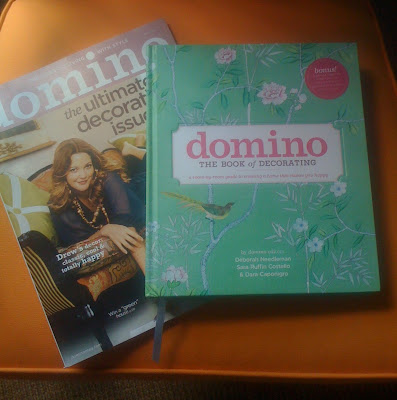 And not the magazine or the book. 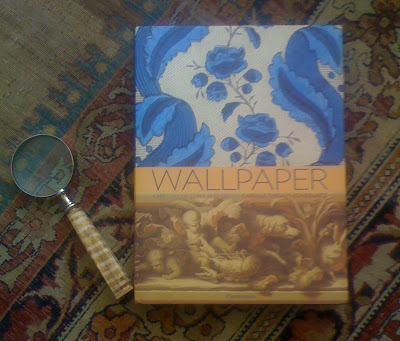 "Dominos," or domino papers, might be described as the ancestors of proper European wallpaper. These small wood-block-printed paper sheets measured approximately 20 by 14 inches and were made by French craftsmen as early as 1401, explains Carolle Thibaut-Pomerantz in her lavishly illustrated new book, Wallpaper: A History of Style and Trends. Using a brush or stencil, master domino makers often hand painted color over their original printed design. In the beginning, dominos were used for bookbinding, to cover fireplace screens, and to line the interiors of boxes and chests. But ultimately they became popular as affordable, highly decorative wallcovering. 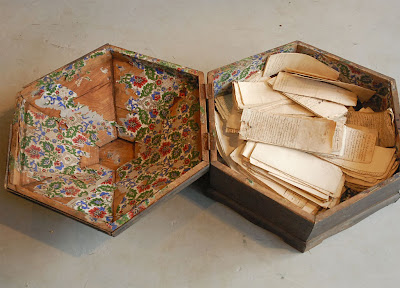 Dominoterie are just a small part of the interesting territory Thibaut-Pomerantz explores in Wallpaper. Her book could become one of the most blogged about volumes this season because it is such a definitive source. It's sort of a given that interior designers will appreciate being able to see in one place the entire evolution of wallpaper, from early dominos to lush scenic 18th-century papers to cutting edge 20th-century designs. The surprise is how appealing the tactile book may be to painters, printmakers and anyone interested in the history of paper and design in general. Look for it to be in book shops this October.

The domino encrusted tray shown at top is from JED, one of Mrs. Blandings' favorite shops, and the Spanish Colonial wooden box lined with decorative paper is from Voila! The latter is not as old as the domino-lined pieces discussed in the book but is used here simply as a similar example.
Posted by Style Court at 3:15 PM

Very interesting! I always learn something new from your blog Courtney! Have a wonderful rest of the weekend!!! :)

I can be so dim - when I saw the tray I thought,"Hey! I just saw a tray like that!" but could not remember where. Thanks for keeping track for me.

And, yes, the book is wonderful.

That makes me happy Ivy. Thanks. It really is a gorgeous informative book!

Patricia, the tray sort of has a Blandings family feel, no?