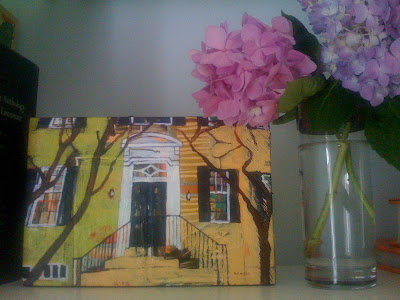 I'm still inspired by the Lewis Crook quote that was posted here last year: "...The simplest cottage may be in much better taste than a house two or three times its size and cost, depending upon the ability of the designer." Sounds like the architect is making a subtle reference to 21st-century McMansions, doesn't it? But actually Crook wrote that in his forward to Southern Architecture Illustrated, around 1930.

In the Southeast, Crook is known for designing generously-scaled houses as well as more modestly sized homes. Whenever an architect is primarily known for houses that skew toward stately, I think it's interesting to hunt for examples of his or her smaller work. Like Samuel McIntire's Derby-Beebe Summer House in Massachusetts. Just the other day, Janet Blyberg wrote about this incredibly refined one-room 18th-century structure. (Her own photograph is shown below.) 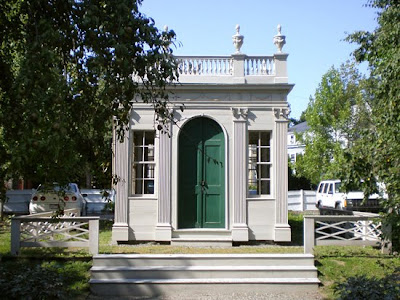 In New Orleans, the Garden District is mainly dotted with spacious 19th-century houses (think the "Benjamin Button house" on Coliseum Street) but the "Seven Sisters" are a charming exception. 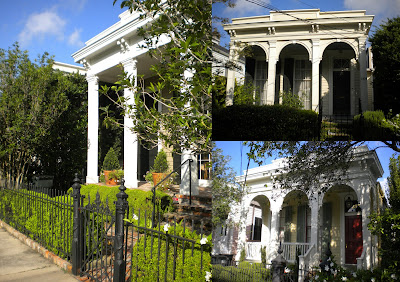 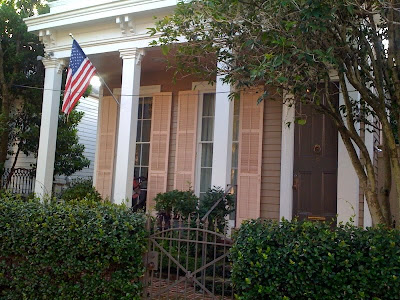 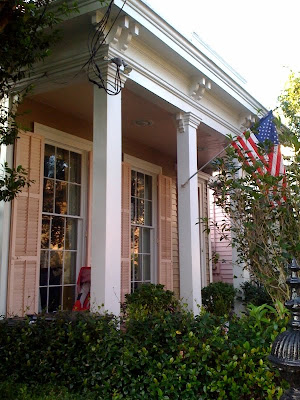 Henry Howard, an architect usually associated with very grand Southern houses, designed eight shotgun cottages that were built on Coliseum Street around 1868. (Artist Amanda Talley was kind enough to snap some pretty examples for us.) Author Frederick Starr explains that all eight cottages survived into the modern era, so the real origin of the "Seven Sisters" tag remains a mystery. It used to be believed that the houses were built as wedding gifts for seven sisters, but as Frommer's points out, the legend doesn't seem to be true. 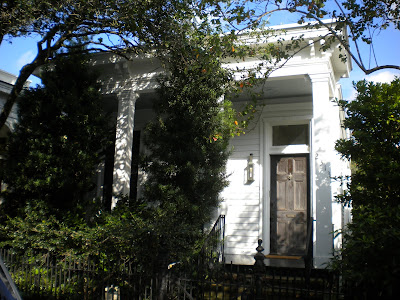 John Hall developed the land and apparently built the houses on speculation. Starr says the cottages represent a very rare example of a celebrated architect using the simple shotgun genre. What does "shotgun" mean? Well, many of us grew up being told that the straightforward room configuration, which eliminated hallways to help circulate cooling breezes, meant that a bullet could pass cleanly from the front door and exit through the back. Today scholars think the name may also derive from an African style of architecture. 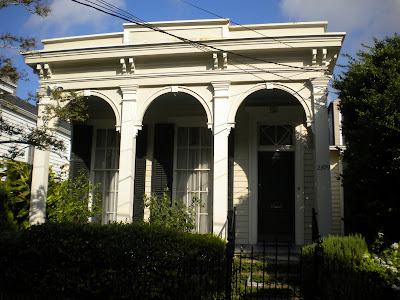 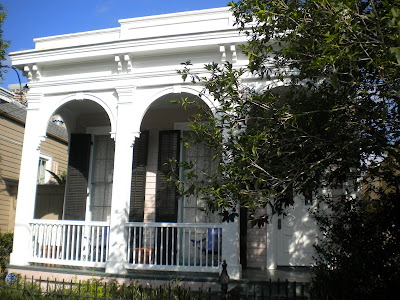 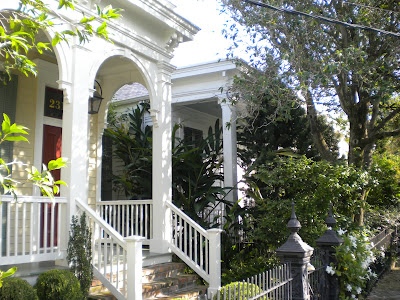 Starr notes that Howard incorporated Greek Revival and Italianate elements into his cottage designs. While small, they are dignified. He alternated the galleries (front porches) so that some have Italian-inspired arches and others are distinguished by classic Greek columns. (For more on the area, see Starr's book Southern Comfort: The Garden District of New Orleans, Princeton Architectural Press.) 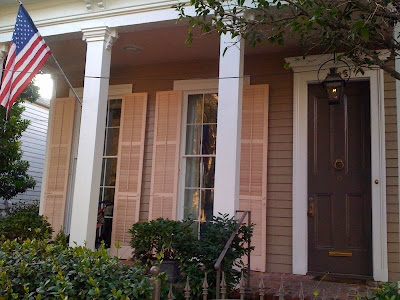 Crescent City resident, Sally Edrington added a little extra distinction to her Coliseum Street shotgun by choosing for her shutters a baby pink from Benjamin Moore, in collaboration with Michael Carbine who renovated her house. Click here to see the vibrant interior done by Melissa Rufty. 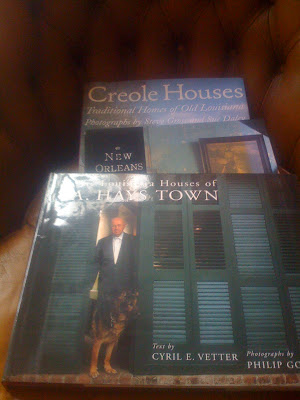 If you're drawn to Louisiana houses, here's more recommended reading:

And, FYI, Charlotte-based Sharon Dowell painted the tiny piece shown at top. After I featured her on the blog, I decided to ask about her small works and I was pleasantly surprised with the prices. So, it never hurts to ask an artist if he or she has smaller pieces. This painting (my photo doesn't do justice to the texture) depicts the facade of a large Federal-era house in Old Town, Alexandria.
Posted by Style Court at 1:12 PM

Great post highlighting the shotgun vernacular; there is an understated French elegance of the enfilade pattern of lining doors up... thanks for sharing!

Hi Spencer -- thanks for pointing out the enfilade pattern. You expressed it perfectly in one line!

Loved this post - you are always a step ahead. I, too, love an "enfilade" lay-out....sometimes not practical for a family home - but wonderful for a smaller jewel like so many of these. Thank you

Mary, I appreciate that. Thanks for stopping by.

I love Louisiana architecture and how great you covered those small gems. Wonderful post and good call to get AT to cover the NOLA outpost for Style Court!

Sigh - my first New Orleans apartment was on Coliseum. Lovely that everyone is thinking NOLA today...

I love the grand porches. They speak of a life lived outside much of the year.

Thanks. Can't get enough of the pink shutters.

This is what I keep my eye out for: "The simplest cottage may be in much better taste..." It's easy to impress with bigness.

Lovely architecture. Thank you for posting my painting!

They are just adorable pictures - thank you !

I just came back from New Orleans and was lucky enough to see these beautiful little homes in person (and meet Amanda Talley too)! Louisiana architecture is so amazing...I am hooked and reading everything in sight on the topic. Thank you for posting an interior...I was dying to see inside. :)

PS...I can't get enough of the pink shudders either!

We own a small cottage (1,100 sq. ft.) on Nantucket. The island has been overcome with McMansions. I was looking at a recent issue of "Cape Cod & Islands HOME" magazine that featured a huge house that was referred to as a cottage. That started me thinking about what is a cottage exactly. Hmmm...

The book The Credible Chronicles of The Patchwork Village 'Sconset by the Sea published in 1886 states, "The meaning of the word cottage in society is strangely perverted. It is defined in the dictionaries to be a small habitation; a cot; a hut; formerly limited to a poor or shabby habitation, but now applied also to any neat or tasteful dwelling."

Based on the last part of this definition the house I saw featured in the magazine would qualify.

It is amazing how all those New Orleans houses look so petite from the outside...but the high ceilings and series of long rooms on the inside make them deliciously spacious. BTW, if you don't have it, Virginia and Lee McAlester's "A Field Guide to American Houses" is a great resource for house styles of all kinds!