From Spooky to Serene: More Views of The Mount 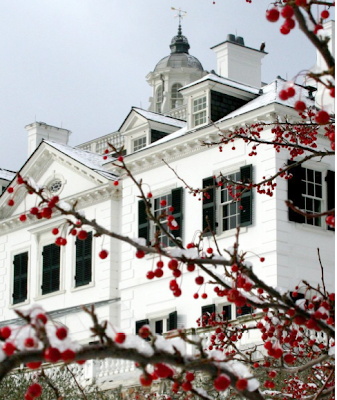 The Mount, author Edith Wharton's stately 1901 home and design laboratory in the Berkshires, functions today as a cultural and literary center. As part of its public outreach efforts, the center has recently been improving its site. If you haven't visited in a while, it's worth a look. There are more views of the gardens and house, which are often described as autobiographical. And past press clippings have been uploaded too. 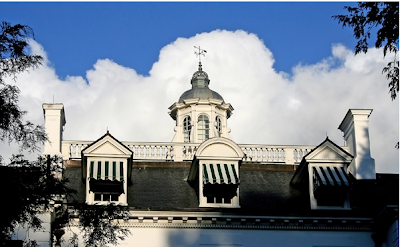 In imagining The Mount, Wharton was largely guided by the concept of an English country house (Belton House specifically), but she was also heavily influenced by French and Italian styles. These days the caretakers of the home want it to be a fascinating place for teens and scholars alike; Friday Night Fright, a ghost tour of nooks and crannies that are not usually open to the public, is offered now through October 30, 2009. Click here for details. 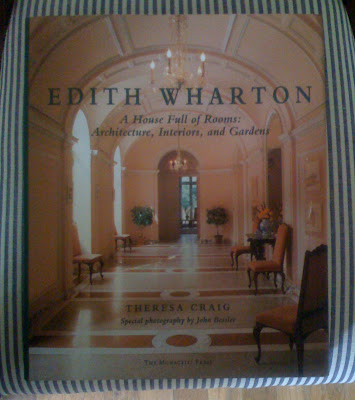 FYI: According to Theresa Craig in "Edith Wharton: A House Full of Rooms: Architecture, Interiors, and Gardens," Ogden Codman Jr., Wharton's co-author of "The Decoration of Houses," was the obvious choice to be her architect for The Mount but due to his high fees, she instead employed Francis V.L. Hoppen.

To see all Wharton-related past posts, click here and scroll down.
Posted by Style Court at 3:37 PM

"Ghost" tours? Wharton must be spinning like a top. KDM

KDM, it would be interesting to know Wharton's feelings on all the efforts to keep the house open as a public center.

I expect the tours are educational and entertaining, or at least intended to be. Maybe we'll hear from someone who has participated. I think the target audience is over 8-years-old through adults.

Thanks for the update...the site is much better. I've always been intrigued by Edith Wharton's mix of talents...talents of any sort being so unsung (for women) in those days. I love her writing. Besides her novels, her descriptions of Italian gardens are magical (in Edith Wharton's Italian Gardens). Thanks again, Trish

Well said about her talents, and I love Italian Gardens too. Thanks for stopping by.

In an effort to not lose or abandon hope with many of these land-mark spots, it does take creative ingenue to liven up the place and keep the story of Edith Wharton alive. (as well as her writing)

We have an incredible "night of pumpkins" at "Cortland Manor" which brings thousands of visitors. Otherwise, we may lose these houses as well as the history.

I like your use of the word alive. Activity is necessary to keep places like this going.

I'll bet Edith would be so proud! The green house is beautiful! I went on the site..It looks like it would be extremely interesting to be a part of a restoration project with so much history...

I am sure the home is fascinating without the extras, but I am all for ghost tours if it helps preserve a landmark. Extra nooks that are not usually on tour? Yes, please.

This is truly one of our most cherished landmarks. If I were there I'd be joining in for the Friday Night Fright. Thanks for the insight into the fabulous home.

I'm not sure of what Wharton would think of modern commercial techniques for historic preservation. Maybe she would take them philosophically like the end of the Age of Innocence;there's some good in the old and in the new. I do think she would be mostly pleased with woman's status today though!