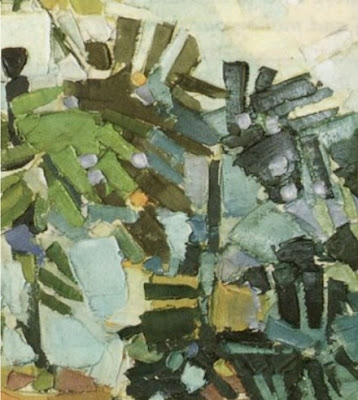 Since I'm in the middle of this series on artists' palettes, I thought it would be interesting to throw in one painting done with a palette knife. Recognize it yet? 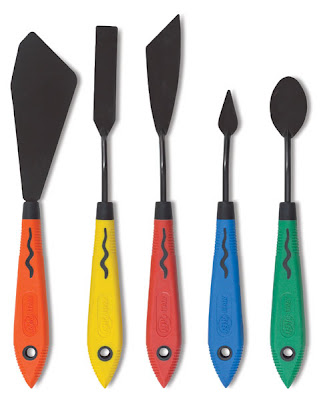 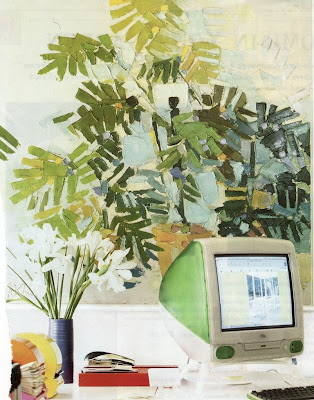 The painting is Kelly Wearstler's and I was immediately drawn to it when it appeared in John Coolidge's photo for House Beautiful, June 2001. Apparently I have a long-running weakness for leafy branches and texture. Back in July 2007, I posted it here, noting that the painting was later used in Wearstler's son's bedroom. (Click here to see the comparison with uncropped images.)

According to HB, Wearstler found the painting at an antique shop. Wish we knew which decade it was painted in. Any guesses? 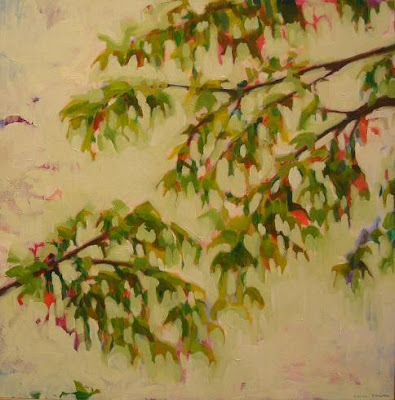 On the subject of leaves, check out Baton Rouge artist Elise Toups' work at Ann Connelly. 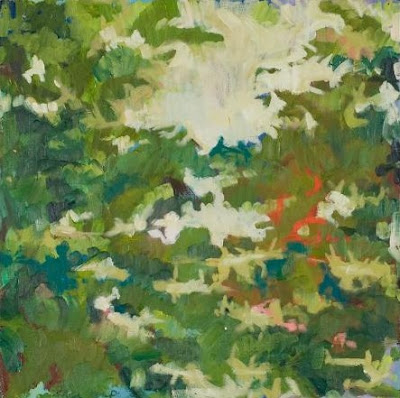 Two images above from Toups' leaf series via her own website. 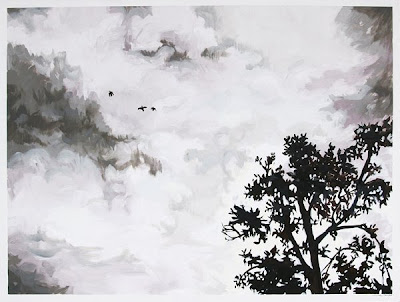 Sydney, that was my first reaction. Thanks for the input.

What great finds! The use of color is amazing. I might just have to have that Dick Blick set as well.

I was going to say 60s too, but what do I know? It is a great painting!

palette knife are the most difficult tools to use ! it should look so easy that it's freaking heard for not looking like your pet's unwanted painting .

Oh, I love painting with palette knives. My latest are almost exclusively created with them. I do love mixing the texture with some smooth brush strokes as well. Another thing is that you can mix your paint right on the canvas and the results can be stunning!

These are so amazing. Thanks for sharing!

I love paintings done with palette knives. The texture is rich and I find myself attracted to art with lots of color and layers of texture. Love Kelly's leafy painting!