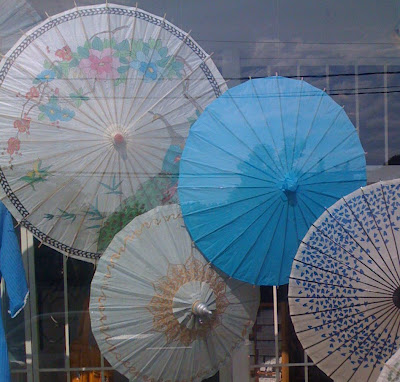 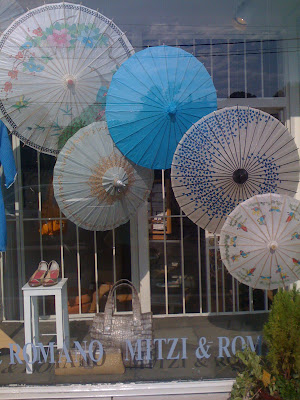 I continue to go by small boutique windows looking for some sort of grand summer gesture similar to Mitzi & Romano's parasols of 2008 (North Highland Avenue in Atlanta). But these aren't carefree times for retailers and perhaps it's more important to clearly display the merchandise front and center. (BTW: Mitzi & Romano is a good source if you are looking for something like Amanda's A Common Thread dress.)

If you are interested in a scholarly look at Asian parasols, I think copies of Rain and Snow: The Umbrella in Japanese Art are still available. 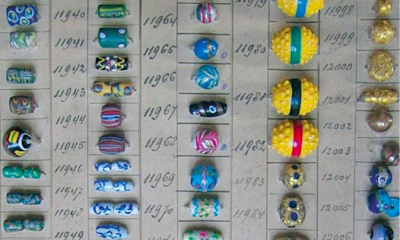 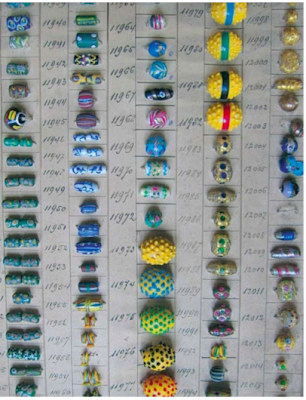 Inspiration always emerges eventually. Recently I stumbled upon another striking display: a palette composed of beads, so to speak. This photograph appears in Selvedge, issue 29, as part of a piece about Augusto Panini's book, Middle Eastern and Venetian Glass Beads: Eighth to Twentieth Centuries.

According to Selvedge, Panini is a serious bead collector with a passion for the glass variety crafted in the Near East and Venice. Numerous examples turn up in African markets, and he is fascinated by the stories behind each non-perishable bead. His research has continued for roughly 30 years. 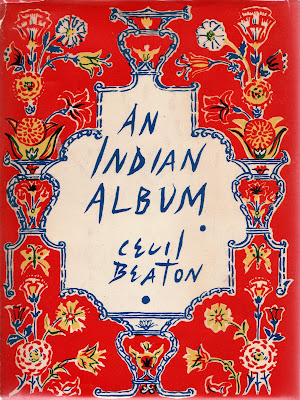 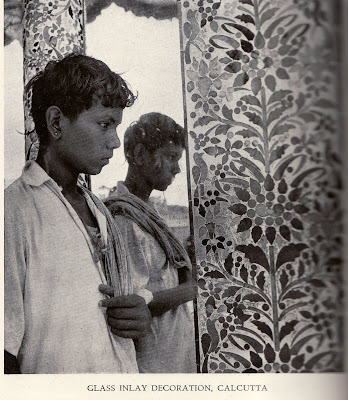 Since this post is shaping up to have a global feel, I'll share Cecil Beaton's 1940s photograph taken in Calcutta and later published in his book, An Indian Album. Maybe a few designers will be inspired by the pattern of the glass inlay. 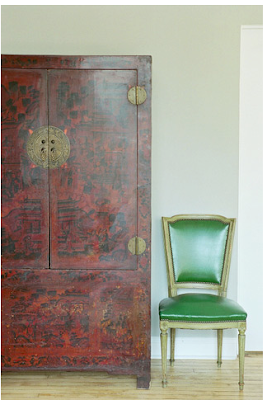 And here's a bit of East-meets-West with South-meets-North; Charleston-based Soiree by Tara Guérard recently opened a new studio in New York. Above, photographer Liz Banfield captures a bit of the office in which an Asian chest is juxtaposed with a French-style chair. Visit Soiree's Bon Bon blog, or Liz's blog, for more.

Update: 7.24.09
Be sure to see the whole Soiree studio over at Belle Decor. Haskell reports that every single element came from ebay, Ikea, or a flea market. Now everyone will want those green chairs.
Posted by Style Court at 12:19 PM

Just the cover of the Beaton is enough for me.

It is such a great cover :)

Very cool. I love the beads!And the armoire, and the fabrics!

Courtney- can you tell us what edition that album is? I am looking to buy a copy, but can only find editions with a different cover. Thanks so much!

Hi Angela -- I can't find anything that confirms first edition. Inside my book it reads "first published winter 1945-6"

So, you raise a good question. My copy does appear to be pretty old, if that helps.

Thanks, Courtney- I think I've found one.