If it's Good Enough for Picasso... 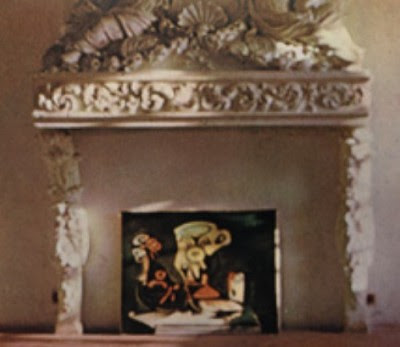 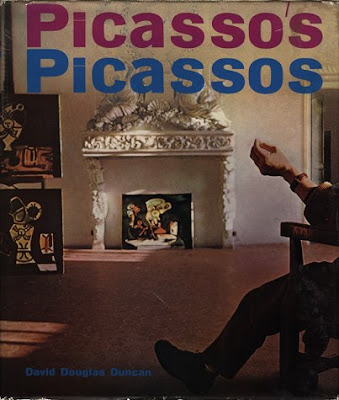 A few months ago the editors at InStyle challenged me to suggest an idea that was, well, literally off-the-wall. I had seen David Douglas Duncan's 1962 photograph of Picasso at home in his stately salon-turned-studio with a painting displayed in one of the Château de Vauvenargues fireplaces. 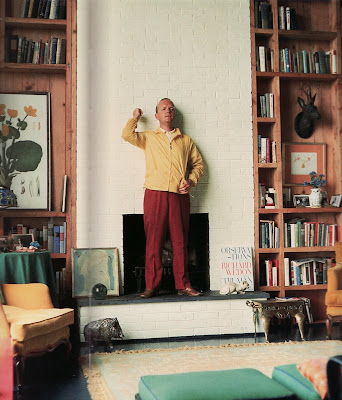 And there was also the famous Horst shot of Truman Capote standing in his small Long Island house, circa 1963, with art casually propped on his hearth. So, I thought, "Well, if the fireplace is clean, sealed-off from critters and perhaps rarely used..." 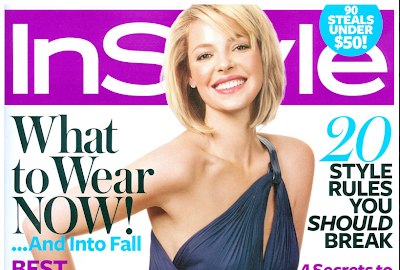 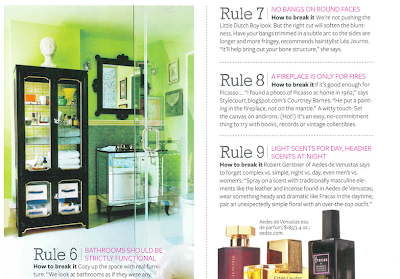 For InStyle's August issue, writer Elizabeth Jenkins interviewed me in conjunction with a fun summer story about style rules that should be broken, and the fireplace twist happens to be included. It's an easy, no-commitment, no-holes-in-the-wall kind of thing. (I'm not talking oft-used, soot-filled spaces that could damage a painting.) One of my favorite ideas on the magazine's countdown comes from interior designer Jason Oliver Nixon of John Loecke. Jason talks about the bathroom-library; a charming illustration with a little wall of art in the bathroom is on the page, too.

I guess when you are taking that tray around the house to edit, finding a new home for certain objects is always an alternative to ditching them.

The Capote image has been cropped to fit and is from one of my favorite books, Horst Interiors.
Posted by Style Court at 12:44 PM

How fun, Courtney. Love your idea -- love Jason too!

Thanks Karen and Patricia. Jason's take on the bathroom really is fab!

Great ideas Courtney & brava to your Instyle feature!!! Its so well deserved. I really apprecaite all your Charleston buzz. Im leaving August 19th for 2 weeks & my itinerary is loaded, thanks to you!!!

CGH and Alicia -- you are so sweet. I appreciate that! And Alicia, hope you have a wonderful trip.

Yea Courtney!! Love to see you in print!