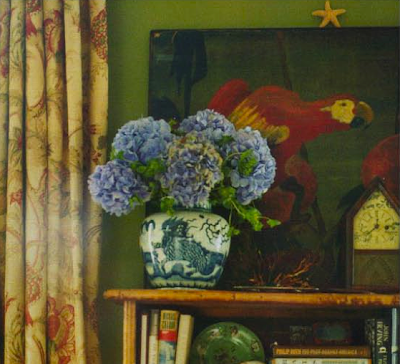 First it was peony mania, now it's time to catch hydrangea fever. Printmaker Amanda Gordon Miller is a huge fan of these summer snowballs and she does very striking, somewhat abstract interpretations of the blooms using handcarved woodblocks on Japanese paper. 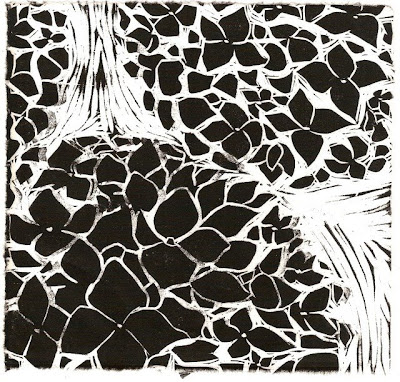 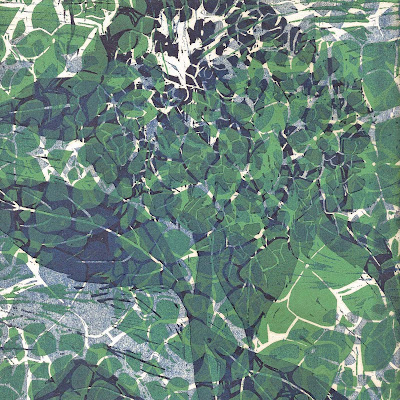 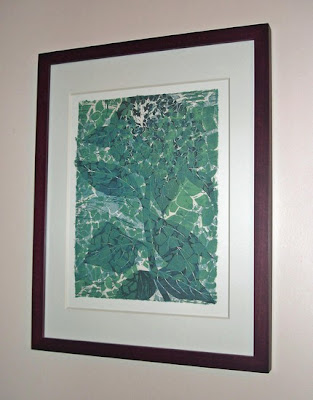 Her work is affordable, too, and available through Edamame Press on Etsy. 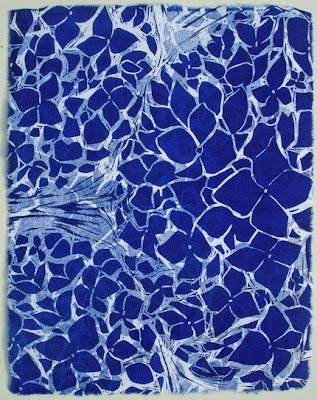 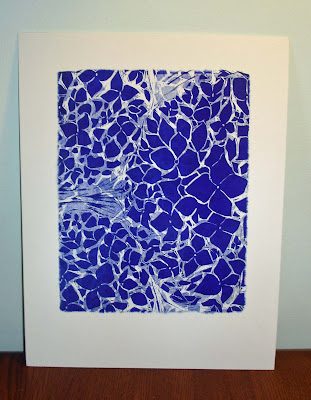 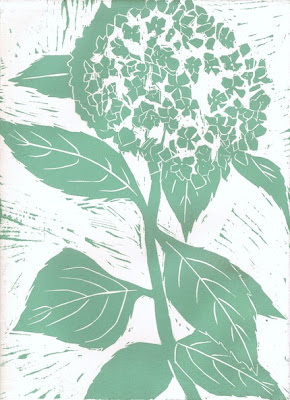 BTW: The American Hydrangea Society is gearing up for its 15th Annual Garden Tour scheduled to take place rain or shine from 10 a.m. to 5 p.m. on Saturday, June 13th. This year Jean Astrop's formal French garden in Atlanta will be among the featured sites. 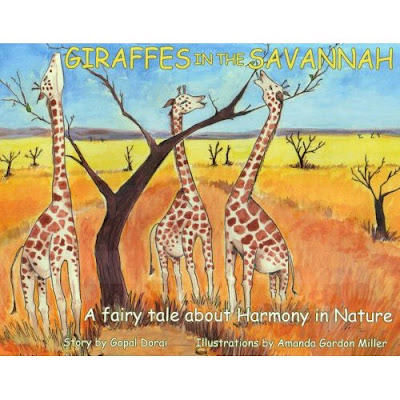 On a loosely related note, I have to confess I've not yet read Giraffes in the Savannah, but I love the illustrations Amanda contributed to the children's book.
Posted by Style Court at 9:10 AM

Love'em! Big bunches, a single one, just picked and dried!

How wonderful. These impressions of hydrangeas by Amanda are amazing.

these are lovely! I love hydrangeas, but most hydrangea art is very cheesy. these are definitely not.