Find of the Day 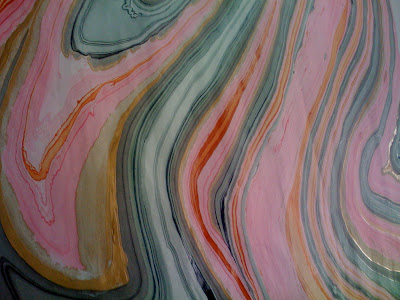 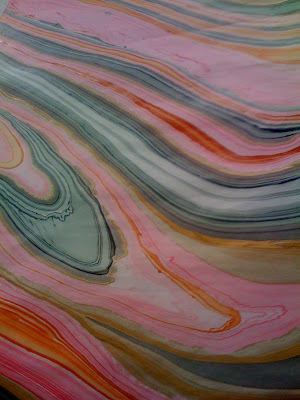 In stock at the moment at Binders' Buckhead location are large sheets of luscious marbleized paper. Shot through the pretty sorbet shades is a rich grown-up gold. When I saw the huge roll, several DIY projects came to mind. 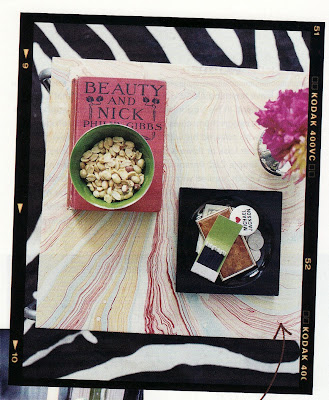 One was Nick Olsen's oft-blogged IKEA coffee table covered with similar glued-on marbleized paper, shown above in Paul Costello's photo for domino, November 2006. But on a smaller scale there was Charlotte Moss' idea to line old boxes with decorative papers, as told to Southern Accents here. Lining a child's chest of drawers or a medicine cabinet, or covering the exterior of a box are other possibilities that I'm sure you've already thought of. 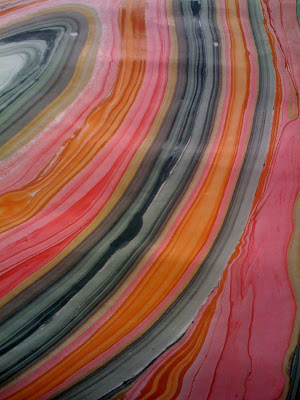 The simplest option, though, would be to wrap summer birthday or shower presents with it. A cluster of marbled packages on a sideboard and swirled ice cream in clear glasses would equal instant decoration. Here's a favorite related past post with a great database suggested by Janet Blyberg. There is a detailed essay, too. 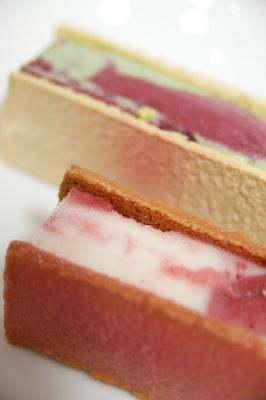 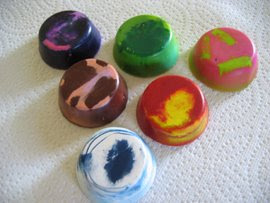 Not edible, but similar and fun: recycled crayons via Ellen Baker and Make and Takes. 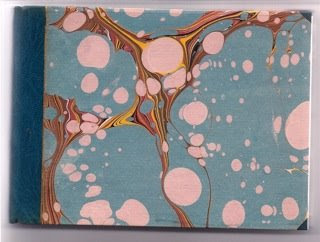 On a more scholarly note, antiquarian dealer, The Veatchs Arts of the Book, offers rare titles on marbling and papermaking such as the 19th-century book, On Improvements in Marbling the Edges of Books and Paper, and James Sumner's The Mysterious Marbler. 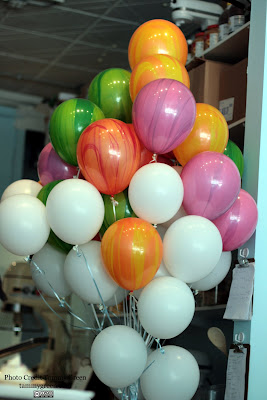 Marbleized balloons via Zesmerelda.
Posted by Style Court at 1:01 PM

Why not use the paper to line a closet? Or cover the walls of a small entrance hall or powder room? Ravishing stuff.

Aesthete, I love those ideas and with your suggestion I think everyone will feel more confident about giving it a go.

I love the colors!
L

Completely delicious - I adore the table.

reminds me of these really thick balloons from my childhood and art books that we made from lint.
It also reminds me of Italy.

I have two of those IKEA tables from my college days, stuffed in a store room - it never occurred to me to decoupage them! That would be such a great use for them. Thanks for the idea.
And as for the paper, I think I would frame a sheet of it - do it in a children's room, or even better, against a really bright wall in usually dark place like a stairwell. A yellow wall maybe (go for bold). It's a wonderful pattern.

That paper is beautiful and love the ideas. The cover of that book is gorgeous!