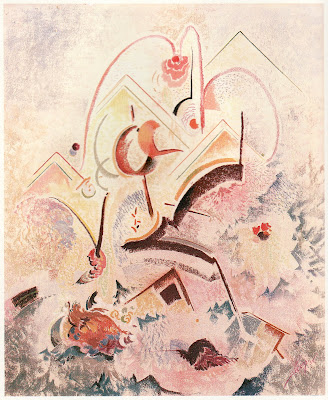 One of my goals for the weekend is to finish reading some exhibition catalogs from The Morris Museum of Art, in particular the essays that accompanied the Will Henry Stevens show. Curator Estill Curtis Pennington says that Stevens' works on paper, such as the abstract 1938 pastel above, suggest he was much more than a "mildly accomplished artist with some mystical relationship to nature," as certain critics may have thought in the past. Pennington observes that Stevens was "inspired to subtle experimentation with a rather delicate, indeed somewhat illusive medium." If you find yourself in or around Augusta, Georgia this summer, be sure to explore The Morris' mid-century holdings. Below, Stevens is shown in his Newcomb College studio, 1941. 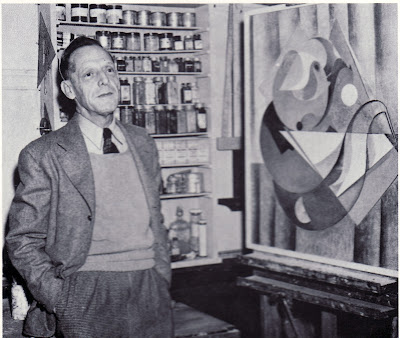 And of course I also have more art to hang. For an unframed Molinelli print that I purchased from Coleen and Co., I was inspired by the simple masculine frames on Mallory Mathison's wall. I took my cues from the wooden beams in the picture and juxtaposed very dark brown with the candy-pink, but a gilt frame would have been another striking option. The second piece is a modest vintage store find that I reinvented with a burnished gold frame. 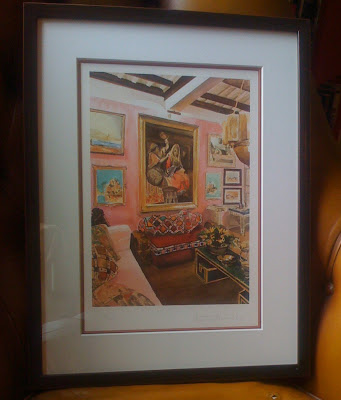 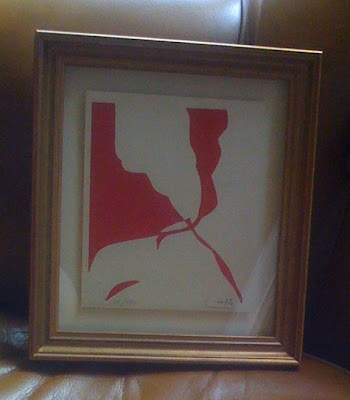 I hope this weekend you find something interesting in your corner of the world, too.

Images one and two are from The Morris' publication, Will Henry Stevens: An Eye Transformed, A Hand Transforming (July 15–December 31, 1993). 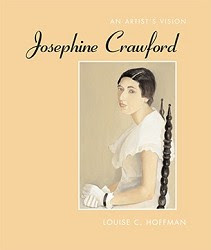 BTW: Some of the reading I've already done has led me to artist Josephine Marien Crawford, a Southerner who studied cubism with André Lhote in Paris in the late 1920s. Click here to learn about a free related exhibition on view in NOLA through August 29. A book by North Carolinian Louise C. Hoffman accompanies the show. Crawford's work is also included in Women Artists in Louisiana, 1825–1965: A Place of Their Own, on view through September 13 at NOMA.
Posted by Style Court at 10:47 AM

Lucky you - those are two great pieces. And I'm glad I'm not the only one who actually reads exhibition catalogues! I have stacks of them saved, and I always go back to them. Invaluable. Have a wonderful weekend!

I do hope we get a chance to see them on the wall as well. Wishing you a wonderful weekend, too.

Patricia, hope yours will be stress free.

Yes, I am going to check out a couple of spots I have not been to in awhile. You are collecting wonderful art!

Have a great time Karena!

Courtney, you amaze me. You'll be reading exhibition catalogs this weekend and I'll be lucky if I get through People magazine. Have a good one!

Well, I have to be honest and say these catalogs aren't super thick, and I'm not tackling The Sound and the Furry this summer as another blogger is :)

Hi!
I think you have a nice blog, beatiful photos and smart posts.Would you follow me, because I don't want to lost your blog.I’m wating your visit.
kisses

Many thanks for mentioning Josephine Crawford exhibition at the William Research Center. Don't hesitate to get there..