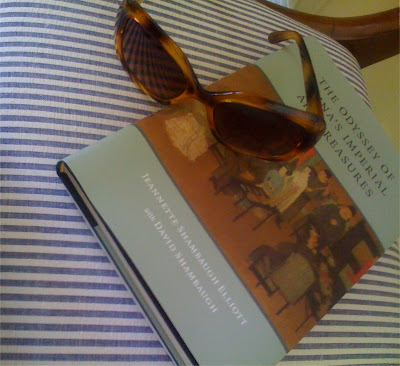 Some of you might be taking off early for a long weekend. If you're in Atlanta and staying close to home, the Virginia Highland merchants, including Mitzi & Romano and South of Market, have begun to transform their windows to reflect the season. 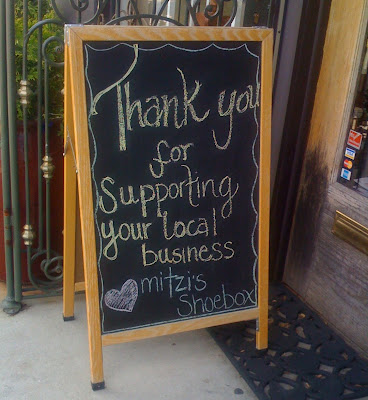 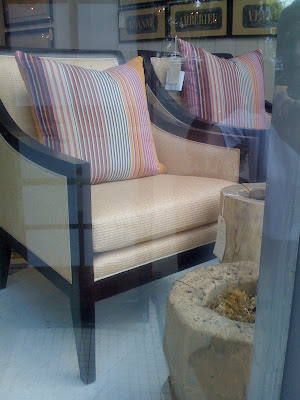 And it's time for a few annuals. I hope this review of oft-posted images inspires you to create a little paradise in your own backyard. 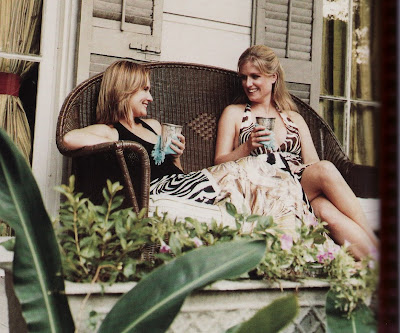 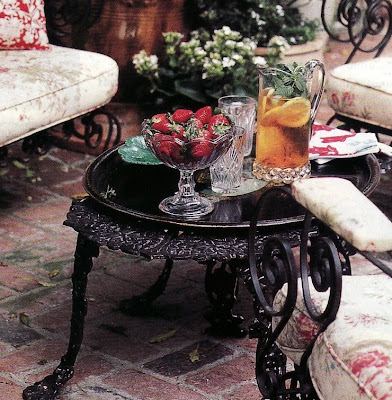 Above, fourth from the top, Angele Parlange and cousin on her porch, photography is from Creole Thrift © William Waldron, Harper Collins, New York, 2006. Next, an image of a patio designed by Lynn von Kersting cropped from Town & Country. Below, a picture from my personal files, origin forgotten, followed by another von Kersting outdoor vignette -- the former George Cukor poolhouse -- as seen in Getaways, Clarkson Potter, 2000. 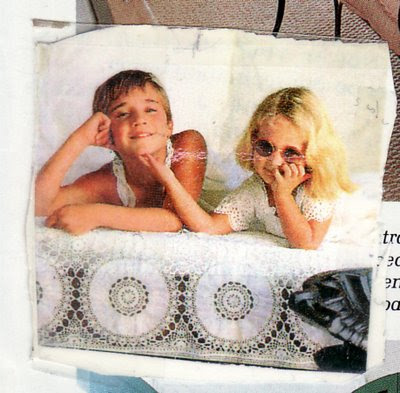 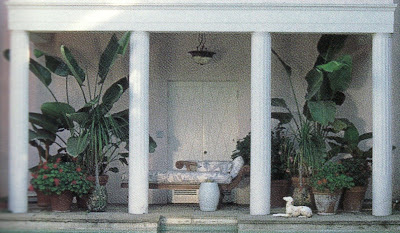 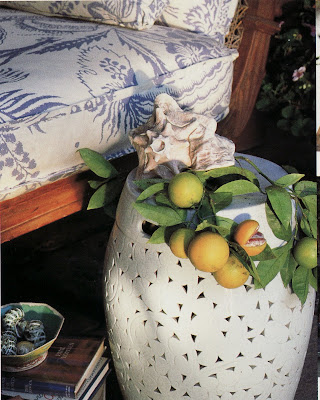 Below, in a Billy Baldwin-designed villa in Mallorca, Mrs. Gilbert Miller has a guest book surrounded by personal objects: shells, an ostrich egg, summer flowers and a framed seascape, picture circa 1971 from Billy Baldwin Decorates. Next, Robert Capa's 1948 photo of Francoise Gilot and Pablo Picasso in sunny Golfe-Juan, France -- Picasso's nephew, Javier Vilaro, is in the background, Magnum Photos, copyright 1996 Estate of Robert Capa. 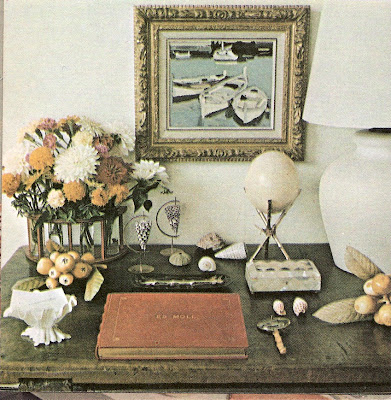 One of the reasons I'm still so drawn to the scene below is that, in the age of high-tech outdoor kitchens, it's nice to see a deck or patio outfitted simply yet stylishly. Sorry the bar image is blurry. 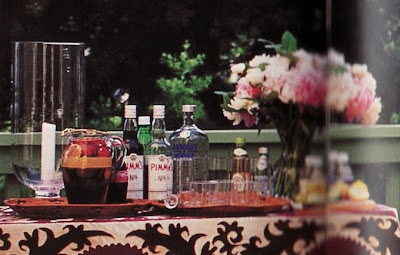 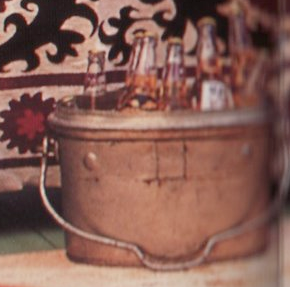 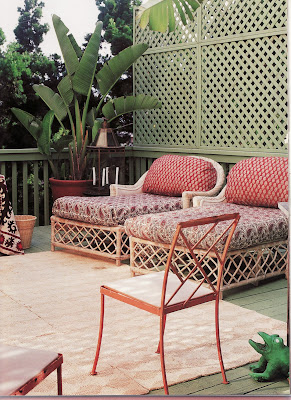 photography © Tim Street-Porter, Rizzoli New York, 2004. Below, from the same book, a collection of shells in Suzanne Rheinstein's house. Click to enlarge. 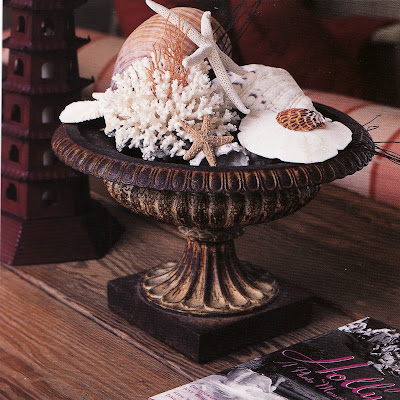 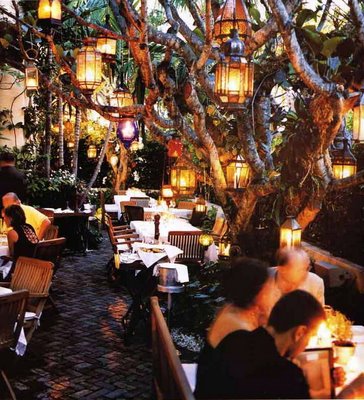 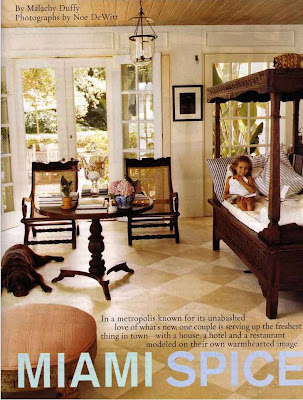 I will happily sit in any of these photos... for all time.

Un-uh. I want to see the WHOLE chair. The glimpse is terrif.

Thanks Patricia. The background is too embarrassing at the moment but mid-June I may finally have some fresh looks to share.

I love the vintage chaises-lounges. almost summer is right (but it is still a little chilly here in Charlotte!)

Laura, yesterday was pretty chilly here too. Today, I have to say, was perfect. Soon I'll be complaining about the humidity I'm sure :)

I love that umbrella! How fabulous ....

Oh, yes, summer is in the air! I hope you find a soft, warm breeze this weekend. cheers.

Janet -- looking forward to seeing what you photograph. Cheers!