Word of the Day: Palimpsest 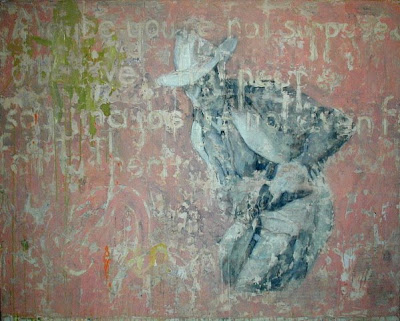 Artist Nicole Charbonnet is on my mind today. Dawn over at Miss Gracious Living recently posted an ethereal room done up by Gerri Bremermann with a massive Charbonnet painting, and the Mississippi Museum of Art has posted on its Flickr page a tour of the artist's studio. (Looks like some new collectors paid a visit.) 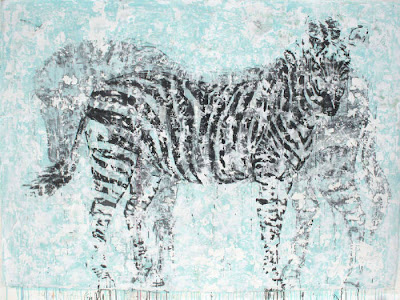 Charbonnet describes her multi-layered, highly textural paintings as being similar to a palimpsest. What's a palimpsest? I'll be honest, I couldn't remember learning that term before so I had to look it up. A palimpsest is something with many complex layers that often obscures and reveals different aspects beneath the surface. It can also be a piece of parchment or a tablet used over and over after earlier writing has been erased.

Charbonnet is interested in memory, hence her fascination with layers, textures and revelation. 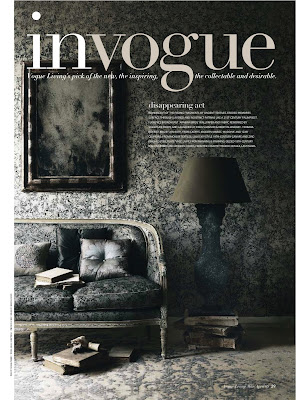 After putting this post together, I received a kind email from Vogue Living, Australia editor, David Clark. He told me that his March-April issue features a lead-in page focused on the palimpsest concept. Clark asked stylist Helen Redmond to create a 21st-century palimpsest with some of the product he’d been seeing around, including Florence Broadhurst "Arabian Birds" wallpaper and fabric. The photograph was taken by William Meppem. 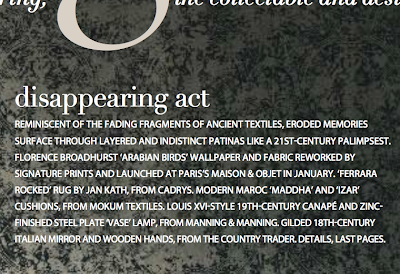 I have seen her work, actually one of my favorite magazines did a piece on her in the past. I like the reveal but unreaveal feel of her work. It is like modern encrypted works of art!
Leslie
lamaisonfou blog

Hi Leslie -- I agree, the obscure nature mixed with the subtle reveals makes them enticing.

I have learned a new art term!Thank you so much for your art series, Courtney. Art makes the world a more joyful place!