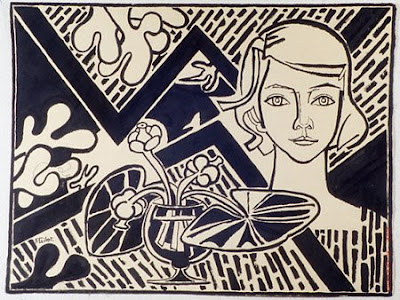 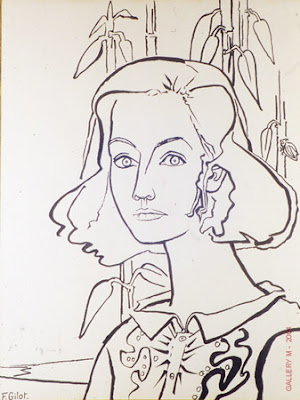 There's a common thread running through all the opinions on portraits that I've been gathering from designers, magazine editors, and stylemakers. Julie Miller, Southern Accents' senior editor, sums it up: a portrait has special appeal when it was commissioned or suggested by someone other than the sitter. (Except in the case of the artist's self-portrait. There are always exceptions.)

When Julie was 16, she and her sister both sat for portraits commissioned by their mother. "Her plan is to one day give us each the portrait of the other. I love this idea. Personally, I'm not interested in having a portrait of myself hanging around. Maybe my sister and I will then give them to our children, swapping back, so my niece's family will end up with her mother's portrait, and my son's will have mine," she says. 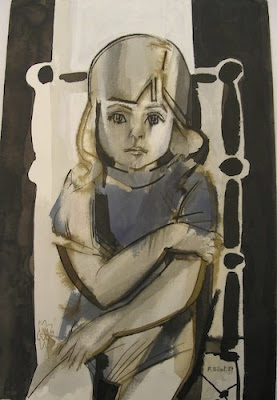 Julie adds, "The serious commissioned [grown-up] portrait is not for me. I would have one done of my child -- that's the difference. Of course, if it is a casual and impromptu thing, that can be sort of fun. We have a five-minute sketch of my husband done by an artist on a lark. Love that -- it makes me smile." 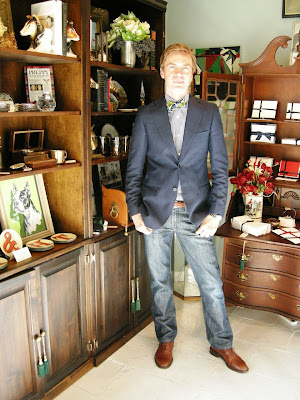 Social Primer has no problem embracing the stately portrait. His mother introduced him to the idea at an early age. (Apparently along with charming bow ties.) 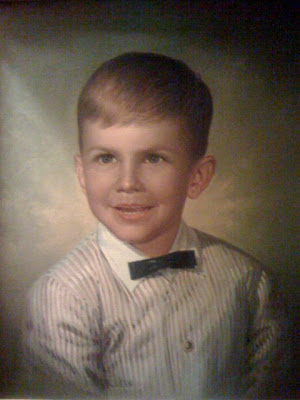 This the four-year old SP.

"It was painted by a wonderful old Southern lady, Miss Louise Gaberlavage. She also ran the kindergarten that everyone in my little Alabama hometown attended. She painted many children's portraits over the years -- including my mother's -- but had long retired from painting when my mother approached her to paint me. After much cajoling and abundant charm, my mother convinced Miss Louise to let me sit for her. As for my behavior and patience, I seem to remember that copious amounts of homemade lemonade and sugar cookies kept me in line," he says. 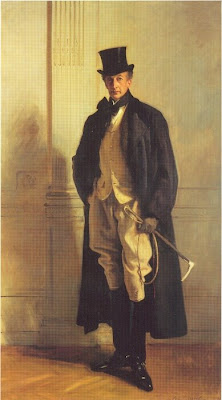 "I am nothing if not a traditionalist, so I love portraits in private houses. I would live for a grand portrait hanging above the fireplace in the library of my country estate, If I had a fireplace, or a library or a country estate. But I also love the idea of grand formal portraits splashed on the wall of a contemporary house. The painting would have to be off-beat, though. Perhaps in the style of the famous Sargent portrait of my favorite historical figure, Lord Ribblesdale."

The first three works shown at the top are by Francoise Gilot.

Self Portrait in Riviera
1971
Ink Wash
Image via Gallery M

The Lord Ribbensdale is bro-in-law's family's favourite painting, so they had a full-size copy of it done 50+ years ago. it's a gorgeous copy.

I really like the first "sketchy" portrait...the colors mixed with the all over bold pattern.
A fresh approach to a sketchy pic.
Also, the traditional painting's are also great, I recently worked on one for a client that needed to be toned down to blend into her new decor.....
lamaisonfou blog

I have a large (27" x 32") charcoal full length portrait of my grandmother when she was 5 years old (in 1889) over my fireplace. People always assume it's something I picked up and are amazed to discover it's family! It inspired the following: One year my three sisters and I had a charcoal portrait done of our youngest sister who was about 6 at the time. It was a while-you-wait affair done by a well-known local artist who always had a booth at the county fair. We surprised our parents with it as an xmas gift. Lovely picture and lovely memory, too.

I love these portraits; it has always been my fantasy to have some darkly Victorian ancestor brooding at me from the wall. Alas, my Mexican-Canadian family is scattered to the winds, and we barely have any documented lineage. Thus, I have taken to painting imaginary ancestors -- an Aztec Queen Xochil, circa 1795 (impossible b/c of colonialism), a Mexican witch ancestress from Salem, Goody Sanchez 1645-1692 (also unlikely), and a Latina Eve, year One. These creatures' stern faces, staring at me down from the wall, help make up for the fact that my real ancestors have more or less vanished.

I love Francois Guillot's art. What a woman with so much talent and beauty. She was with Picasso and then married Jonas Salk, two unique extraordinary men.