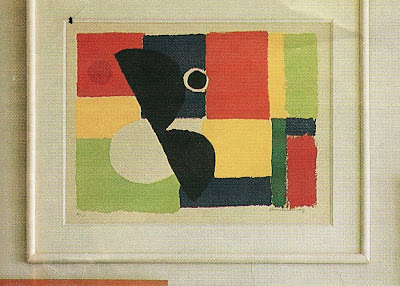 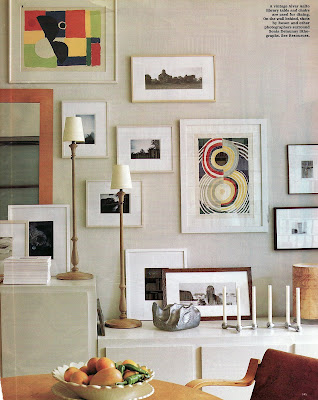 I was doing a little spring cleaning, reorganizing old tear sheets of Laura Resen's home, when a bunch of memories came back. Apart from her Fanta orange 1990s Mac, which now looks clunky and quaint, her Sonia Delaunay lithographs took me back to art class. 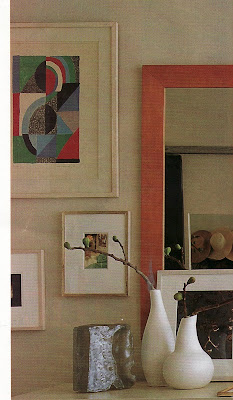 Delaunay was a Russian painter, illustrator, and textile designer associated with Orphism, an early-20th-century style of abstract art that emphasized the power of color. The harmonious works of art produced by this movement often had a musical quality, so the French poet, Guillaume Apollinaire, coined the term Orphism in 1912 as a loose reference to Orpheus, the mythical Greek musician.

In the grouping shown above, Resen mixed just a few Delaunay lithographs with her own photographs and works from her artist friends. Granted Resen is a talented professional who shoots beautiful pictures, but I thought her arrangement might inspire someone to put together a gallery wall combining a couple of investment pieces with easier-to-come-by art. 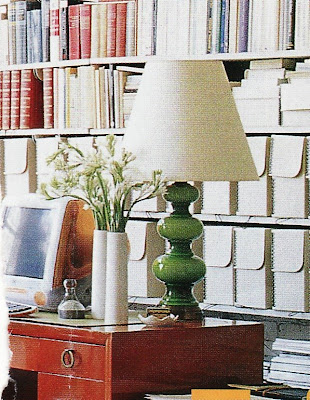 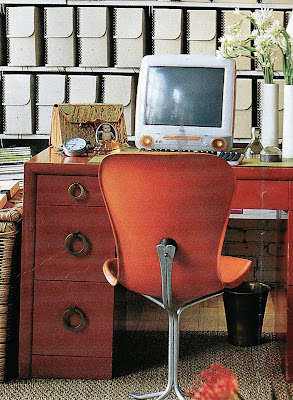 Over the years, Resen has really made the most of her things. It's fun to visit her site to see these collected objects and her furniture reappear in new settings. The lacquered desk is by T.H. Robsjohn-Gibbings. 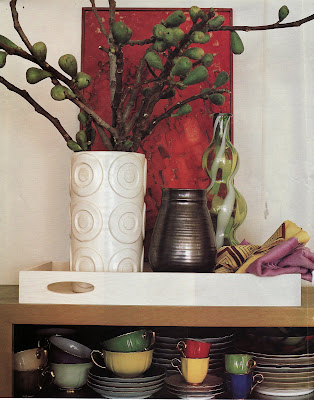 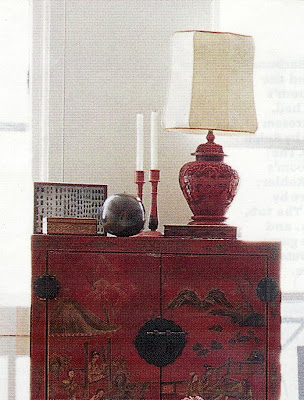 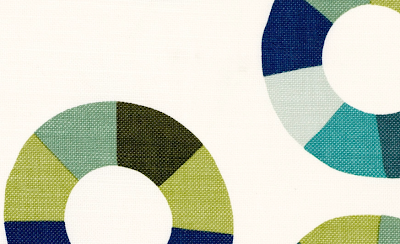 Another wonderful look into an artist and her life. Laura Resen must be a fascinating woman. Please continue the art lessons...Orphism, very good!

Karena -- thanks for the input. I think Laura has great peronal style too.

I love the pics of her desk. I'd love to have a shiny lacquered one. I live in a New Orleans shotgun, so my "office" is in full view. I'm always wondering the best way to contain all of the paper I generate. The simple boxes look great.

And Jamey, that desk and all those boxes were in her living room too. So great inspiration for a totally exposed office :)