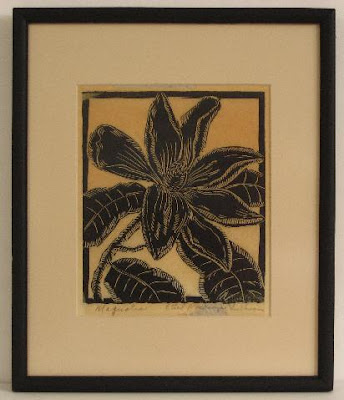 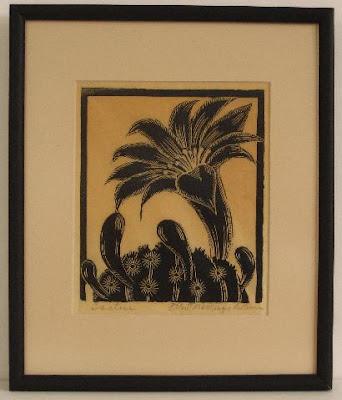 I was reading about our talented friend Grant Gibson, and his participation in the San Francisco Decorator Showcase, when I stumbled upon Lost Art Salon. The gallery offers a large selection of vintage pieces. Today, my eyes went straight to a pair of mid-century linocuts by Ethel McKenzie Sullivan. Individually the prints are 6.5 by 7.5 inches and cost $195. (Or $350 for the pair.)

I thought this would be a good time to offer a super-short linocut recap too. As MOMA explains, linocuts are a "type of relief print in which linoleum is used as the printing surface." The artist digs in with knives or other strong tools to carve her desired image into the linoleum. When the process of linoleum printmaking was introduced in the early 20th century, it did not initially garner much respect. Since linoleum is a relatively soft material to work with, many artists viewed linocuts as too easy, in contrast with the centuries-old process of working with wood. 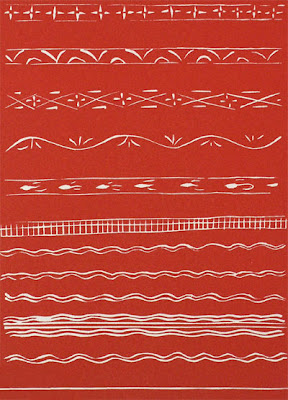 But when Matisse and Picasso embraced the new technique, the perception changed. Linoleum is especially suited to engraving that yields smooth white lines, and for a time linocuts were popular for producing large decorative prints. I think it's been documented extensively throughout the blogosphere that 21st century artist Hugo Guinness shows his linocuts at John Derian. Click here for more history. 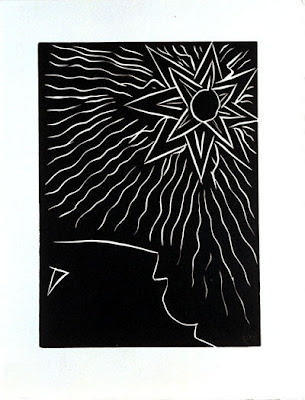 I remember making linocuts in 5th grade art class. I almost sliced my finger off in the process!

I agree re the florals and the Hugo Guiness work at Derian's is amazing. In good company with Matisse and Picasso!

Oh this reminds me of the one I did in high school. Lino cuts are so much fun to get lost in. You should try it one day. I would love to see what you cut!
pve

Even back then, didn't people like something, until someone consider important enough, marketed it. The world hasn't change most about that.


I love both of them. They resemble a old luxury caribbean decor.

Everything goes in cycles, doesn't it? These linocuts look so fresh and modern now. Thanks for the excellent recap of the technique and tradition.

Patricia VE-- maybe I will!