Laura was Inspired by Domino and Ditte 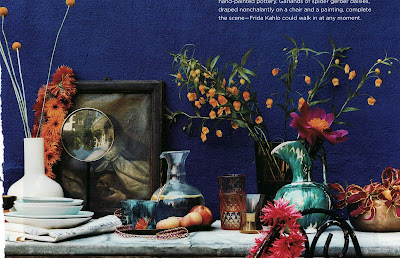 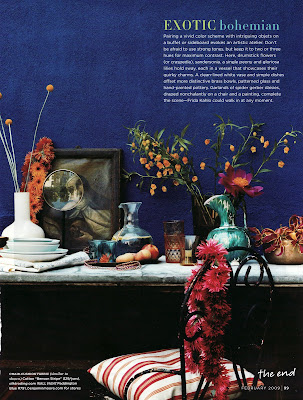 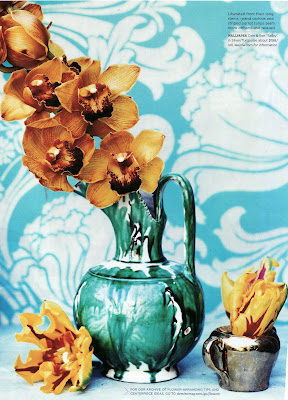 During the past few days, quite a few people have expressed to me their sorrow over the demise of domino. Michelle, a former market assistant for the magazine, summed up the thoughts many of us share. But one reader even sent me a painting inspired by a spread in the February issue. Ditte Isager photographed the lush vignettes. (Kim Ficaro and Stephen Orr produced the story, parts of which are shown above.) 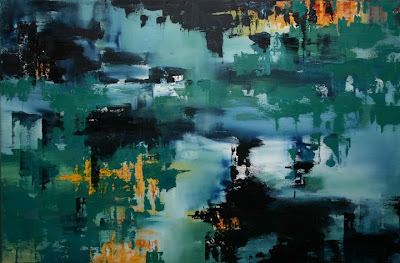 Laura Clark, an artist and busy mom from Birmingham, Alabama, painted Beneath, shown above. 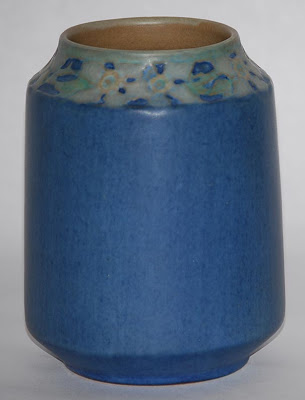 All of the moody blues and greens here, and the use of pottery in the magazine's vignette, made me think for a second about Newcomb Pottery and the colors associated with it. Blues and greens are probably most linked with Newcomb, but here is a fun look at a range of shades described by the Newcomb Guild: 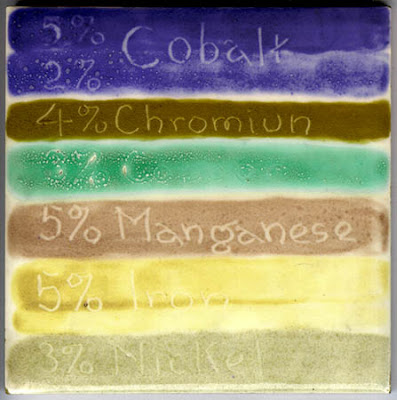 Facts above and sample color tile are from the official Newcomb Pottery site. Vase, circa 1929, is available through Just Art Pottery.

Click here to learn more about the Sophie Newcomb Memorial College Institute at Tulane, including the Vestiges Project. The Nadine Vorhoff library is host to the group show, which includes a piece by Angela Driscoll. 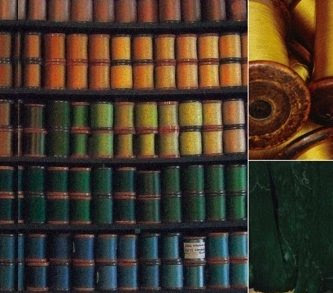 The books arranged by color in the Vorhoff library remind me of a stunning spread that appeared in Selvedge, issue 26. If you are a fellow textillian -- I learned the word in the magazine -- you'll want to get a copy and read all about the Gainsborough Silk Weaving Co Back issues are currently discounted. 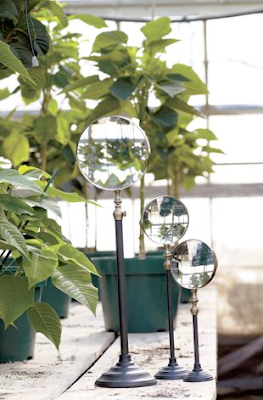 Since you asked, Anthropologie sells the standing magnifying glasses that make for such interesting tablescapes, as in the Ditte Isager photograph above.
Posted by Style Court at 10:18 AM

I like the term "fiberista" myself — but, seriously, is there a more beautiful magazine than Selvedge? I only wish the text (and cutlines) were as good as the topics and images. But perhaps this is a case of can't have everything ...

Courtney. I love Laura's art as well as Ditte Isager's photography. Very informative to see the glaze colors and their descriptions!