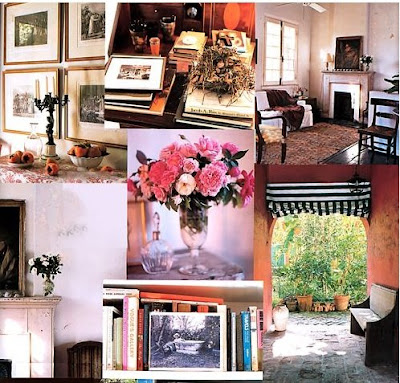 I've received a few more emails asking where to find Vogue's Book of Etiquette, so I thought I'd remind everyone about the two most frequently referenced editions. Legendary Millicent Fenwick, longtime editor at Vogue and four-term Congress member, wrote the 1948 version. Contemporary Vogue writer, Julia Reed, often refers to this edition; perhaps it was among the pretty stacks of books and found objects when her French Quarter house was photographed for the February 2001 issue of the magazine. (Above, credit Francois Halard.) 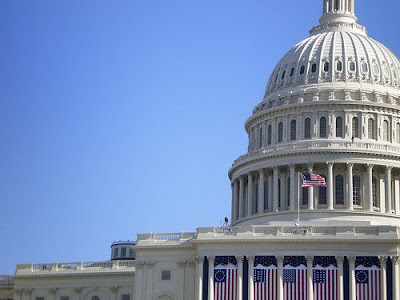 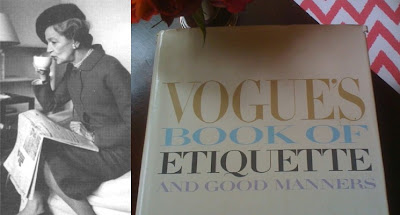 I found a 1969 edition at an antique shop. This one has a graphic, more colorful cover and the text deals with social situations that were not discussed in previous versions. There is also an edition from the 1920s. Apart from online booksellers, eBay and vintage shops are good places to find the books.

The image of Fenwick is from millicentfenwick.com and Janet Blyberg photographed the U.S. Capitol. Visit designer Thomas Jayne's site to see more of Reed's house.
Posted by Style Court at 9:41 PM

I think that Millicent is the most wonderful name.
I don't plan on having children- but perhaps my next dog?

grant -- I think it's back. More Millies around :)

I had a shower a few years back for a friend and one of the gifts was to write a name, not just any name but one that implied meaning as well as evoked an era of uniqueness.
Some of the names were so grand, Rufus, Gertrude, Eloise, Millicent, Oscar, Daphne, Horace, Abigail, just to mention a few.
pve

I am still kicking myself for not snagging that one at the BT. I picked it up and then put it back. When I walked back to get it, it was gone in the space of five minutes!