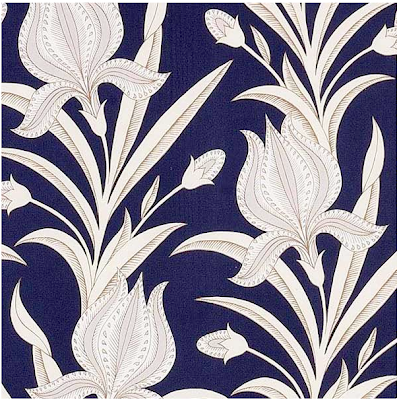 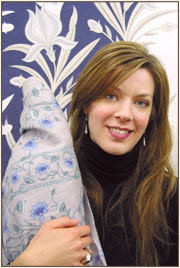 After much anticipation, Aleta Bartel-Orton has revamped her fabric company's site. Look foward to viewing the complete Brigitte Singh block print collection along with Aleta's own designs. Above, Aleta's Blue Iris and below, iconic Singh prints including Poppy on Cream, and Pavot on Blue. 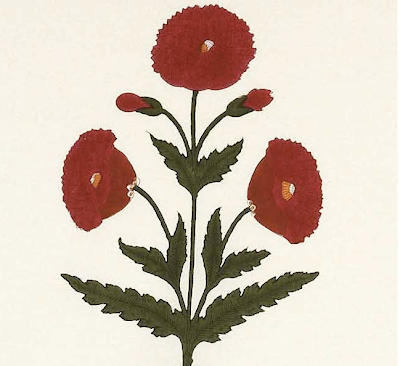 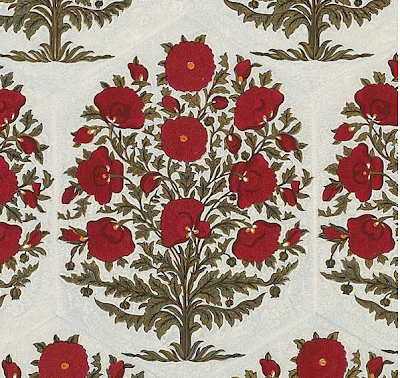 In August, 2008, World of Interiors used Poppy and Pavot for the story Orient Expressed. Photography by Anders Gramer. 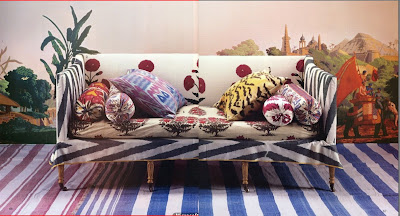 Aleta confirmed for me that Singh's Poppy on White is the fabric used for Elliott Puckette's quilt, shown below. Her curtains were made from a vintage John Stefanidis cotton. 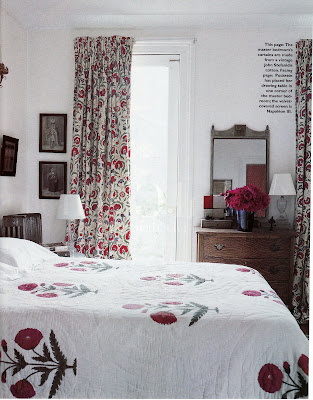 [Image is from Elle Decor, October 2000. Photography by Anita Calero.] 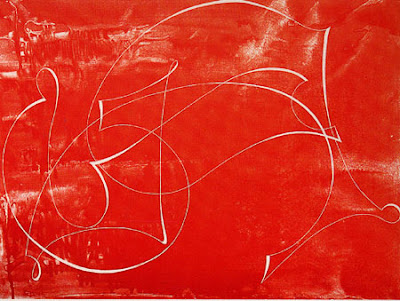 I mentioned this back in 2007, but Puckette is another Southern artist whose work I've been following for years.

High-Heeled Foot in the door said...

Wow what amazing fabrics. That blue just pops. I can't wait to see it used in a room.

I LOVE the (red) lithograph, thanks!

Hi Camilla -- yes, Aleta has such a great eye!

just a little too much excitement over here.
I can hardly contain myself. Prints & paintings that pop.
Aleta and Elliot deserve a round of applause, and something southern, like fried chicken and a tall glass of sweet tea.

Puckette's art and the methodology of creating it is very interesting. Love the new designs by Aleta.

Stunning - as is the way WOI does their fabric features. Oh, Courtney, they will find me under a pile of those heavy back issues some day.

I too have been following Elliott Puckette's work for years. She and her husband are so gorgeous, chic, and talented. I saw a large version of this in pink in a beautiful apartment featured in Vogue years ago and was smitten.

LOVE the poppy fabric -- just the perfect combo of dramatic and sweet!

I can't really top what Patricia VE said, but I'm thrilled with the positive response to both artists' work. Thanks everyone!

If it wasn't so late tonite, I would be heading for the paint!

I am inspired so much by the balance in his work.