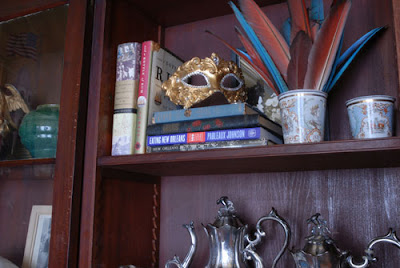 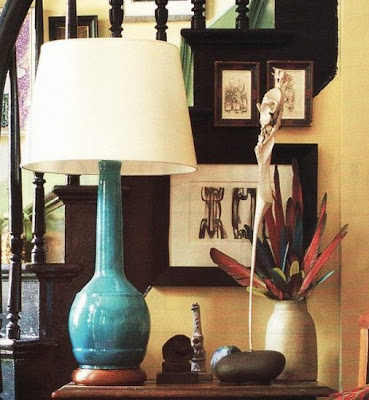 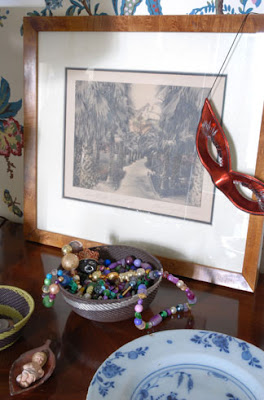 Over the holidays a friend and I brainstormed about ways to freshen a room without spending money. Rearranging things always comes to mind. But this idea has been covered thoroughly in all the magazines and blogs. How many more tablescapes and pleasing bookshelves should I post? I guess this is something we'll explore in the coming months. 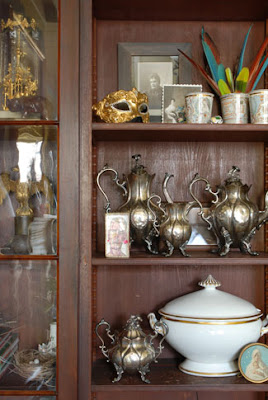 For inspiration, I've been returning to Thomas Jayne's New Orleans apartment. One of my favorites published in 2008, it was seen in Elle Decor (July) and again, in great detail, over at New York Social Diary. 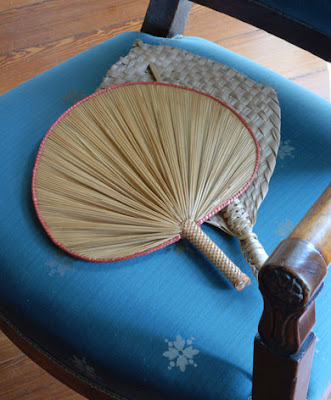 It's brimming with interesting objects that have personal meaning for the owner, yet it's edited. Doesn't feel like a crowded store. And while it's rooted in the past, (I haven't spotted anything that will look dated in two years) the vibrant color makes the apartment feel so fresh. 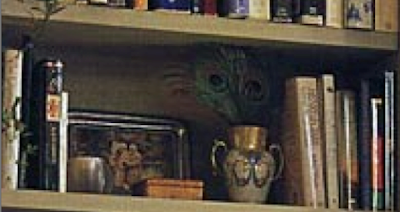 Instead of flowers, Jayne has feathers from the David Easton sale in a porcelain cup. I've seen Schuyler Samperton do this too, and I think I'll copy the idea this winter when I run out of camellias. (Feathers were tucked under the ribbon on a holiday present I received.) 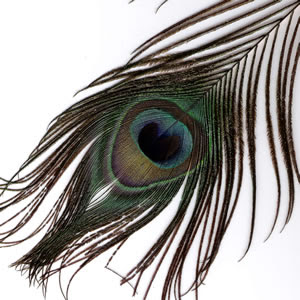 If you're creative enough, I suppose there's always something new to try around the house. Another of my friends has gone to the public library for upholstery how-to books and she plans to tackle some small projects in February. Others have purchased art supplies with hopes of getting back to painting. What's on your list for the new year? 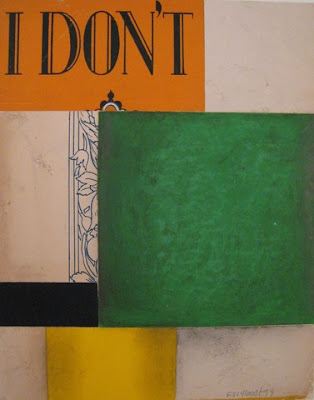 Prefer to look at art created by someone else? An exhibition of small works is still on view at Emily Amy Gallery through January 14. If you are in Atlanta and have not yet visited the Brickworks location, be sure to stop in. Shown above is Cecil Touchon's Fusion Series 1460. 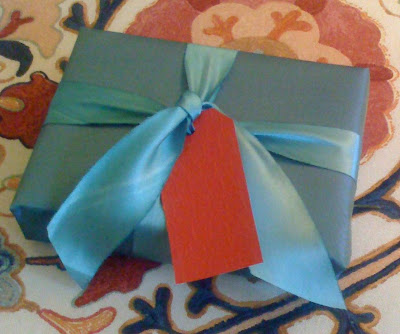 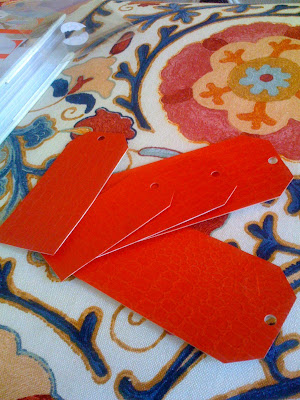 Speaking of creative people, many thanks to Meg Fielding for sending me her wonderful handmade moc croc paper gift tags. I've already used some for those post-Christmas birthday presents.

All of the detail shots of Jayne's home are courtesy New York Social Diary. Image two is from House Beautiful, January 2005 -- Jayne's collaboration with French Quarter resident, Robert Clepper. The peacock feathers are on the shelf of Schuyler Samperton, Elle Decor, November 2003. And the lone feather is from Nicholas Kniel.
Posted by Style Court at 3:39 AM

I have a very large built in bookcase in my bedroom that is in great need of refreshing; it has become was too cluttered with books and decorative objects (many of objects that I have edited from downstairs have ended up in the bookcase). I would love to intersperse the books with a painting or two, and I have not yet visited the Emily Amy Gallery. Inspiring post!

I love built-in bookcases and can get pretty obsessed rearranging over and over. Good luck!

I love the idea about feathers. My parents have friends who have some peacocks, and so my mother always has one or two in a vase or tucked behind a painting.

Your parents do many cool things! Cheers Meg :)

My mother always has a peacock feather somewhere....I love the look.

I think anything "new" at our house this year will probably involve paint and re-purposing. Mr. B was just teasing me yesterday about how much I love to paint a room. Easy and instant transformation. I used to say "cheap" as well, but the new Aura paint was a pretty penny.

Thanks for the bookcase and tablescape images - they are always great inspiration.

That's funny about the peakcock feathers in the vase. I had that going all year long in my dining room (until Christmas decor took over) but wasn't sure that I liked it. Maybe I'll re-think it...

Linda and Lecia -- sounds like lots of people already have the peacock thing going! Thanks for sharing.

Patricia -- yes, changing paint colors is always a good standby. Curious to see what you might change.

Thanks for the inspiration.....I have a clean and simple plan for 2009 decorating. Lot's of repurposing and reusing of item's with a twist of transformation! lamaisonfoublospot.com

Can we ever have too many posts about changing bookshelves or re-arranging rooms? I don't think so — especially not when done as well as you do it.

As for me, I have an arrangement of mostly crow feathers found in my garden. It's a way to bring the outdoors in and for me to have a positive response to crows: a very smart, but sometimes annoying, bird.

We move art around a lot and plan to do that plus some painting in the new year. Can't re-do the room as we had hoped because of the economy. So we'll do what we can to disguise its problems. And nothing beats art for taking people's eyes away from the old carpet!

I completely agree about art, as a timeless focal point and in terms of versatility. Moving it from shelf to console or desk can be so fun.

Oh, Courtney - Rooms to Inspire in the Country sounds wonderful! Can't wait to see it.

Patricia -- I'm so anxious to see it!

I was looking forward to the 1st 2009 stylecourt post! I love all the feathers! Peacocks are a favorite of mine. Hope 2009 is wonderful for you.

Stacy, you have those adorable peacocks on your fabric :)

All the best to you too.

I too am thinking in terms of painting some rooms, as well as my art. Moving and rearanging can make a huge difference. As I was picking up mineral spirits, I also grabbed some paint chips.

Happy New Year girl! All the best this year, your blog is such a great resource and so are you! Feathers are the best! xoc

Thats so kind of you Claudia -- thanks! Cheers!

Karena -- I expect many people will turn to paint this year :)

Another vote for MORE ideas concerning re-arranging bookshelves and tablescapes! Have you read (and seen) Joni's marvellous fresh decor looks in gorgeous "Cote de Texas" home? "Before-and-After" articles are always my favorite part of any decor magazine or book. I believe that 2009 will indeed be a year for Home Changes -- a year for a course of "Rotate-and-ReOrganize" art, accessories and even furniture in any home!

Mmmm...well, there is so much work yet for me to do on the apartment before I can get to rearranging! However, I will say that it is amazing what a transformation can be made with a can of paint and a little elbow grease. I have a couple of pieces of furniture that I am hoping to spiff up with a fresh coat of paint. But...I need to do the walls first! All this to say that your ideas are greatly appreciated. Happy New Year!