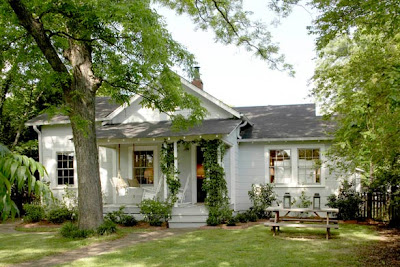 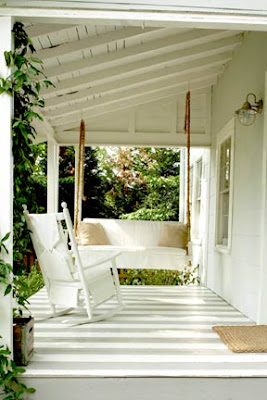 Anyone who has authentic 18th-century maps of Europe and D.I.Y Cavallini map-covered walls in the same Birmingham cottage is going to pique my interest. The resourceful homeowner in this case is Virginia native, UVA grad, and design editor, Haskell Harris. After reading her first thoughtful blog post, I found myself drawn to the smart design, art, and food-related stories in her magazine (you'll notice unexpected and diverse people featured, ranging from Make It Right architect John C. Williams to Belle Chevre artisan cheese-maker Tasia Malakasis to topiary artist  Pearl Fryar to musician Bo Diddley). So I wanted to learn more about Haskell's thoughts on Virginia style and enduring design. 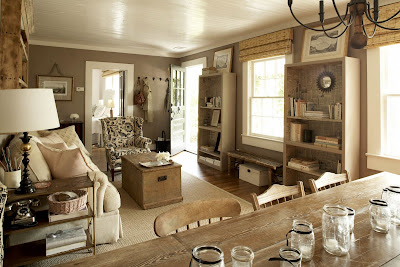 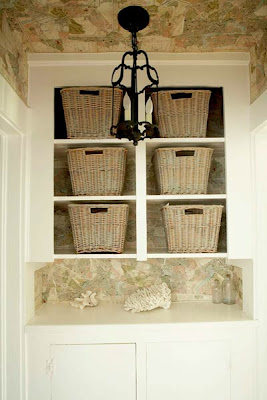 SC: What is the best furniture or decorative arts investment you ever made?

HH: I haven't had the luxury of making a lot of huge investments in furniture or accessories (a predicament that sometimes yields very inventive results and sometimes does not!) but I absolutely loved the honed black granite counters in my Birmingham kitchen. They had this wonderful matte patina, like an old school chalkboard, and the more I used them, the better they looked. Plus, the dark color was so low maintenance. I think you could safely say I'm addicted to honed stone of any description though (soapstone, white marble, etc.)! If I'm ever lucky enough to renovate another house, I would love to try honed granite in a really utilitarian fatigue green and do the cabinetry the same color. Fingers crossed for that! 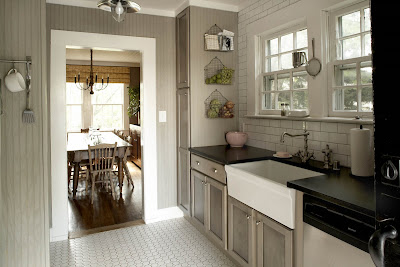 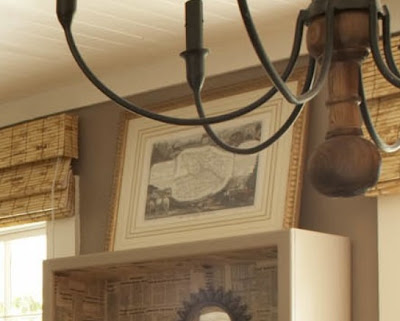 My other favorite splurge was on two 18th-century maps of Europe that I found in New York with my Mom (who started going to the city as a young designer to buy antiques and hasn't slowed down since! She has amazing sources, so I like to tag along whenever I can -- just to learn). 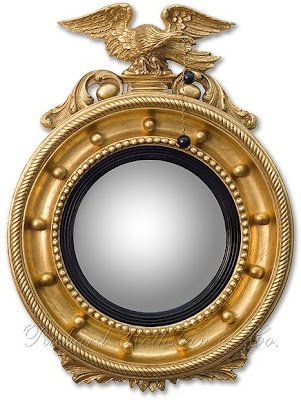 SC: What do you think is the most ubiquitous, yet still very cool, piece found in great Virginia houses?

HH: Probably the Federal convex mirrors (or "bullseye" mirrors as I call them) that were popular during Jefferson's time. Spotted a few of them in the mini series John Adams (some of which was filmed in Richmond, VA). Some versions often had a bald eagle, and others had thirteen notches that represented the thirteen states of the union. 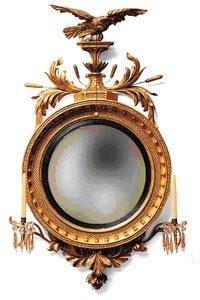 HH: The eagle versions are a little much for my personal taste, but I think the idea of a Federal style bullseye mirror without any ornamentation would be a fantastic addition to any interior, be it modern, traditional, or eclectic. The way that a convex mirror bounces light around a room is pure magic! A collection of all different types (hung together) would be amazing too. (As would hanging small ones above twin beds, or using them to style bookshelves in a library). Here is one from Mecox Gardens that I like. 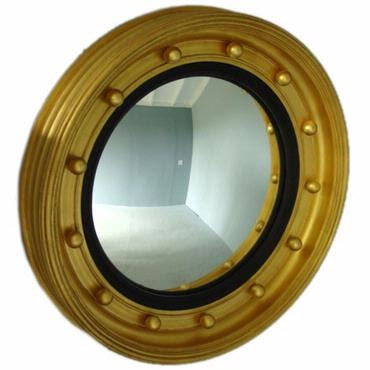 HH: Other types of giltwood mirrors are very popular in Virginia houses even now, from 18th century French to Regency and beyond. One great source for artisan crafted, giltwood reproductions is a company called Carver's Guild. Some of their best examples follow below. 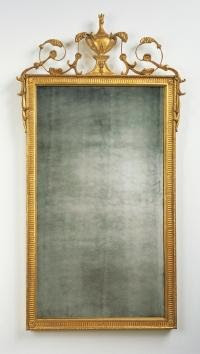 SC: What inherited item do you always keep out?

HH: When my parents got married, my dad built my mom a really humble little farmhouse in Woolwine, Virginia, right at the base of the Blue Ridge Mountains. It was a really beautiful, soulful place with tons of porches and simple furniture. When the farmhouse was sold a few years ago, I was lucky enough to inherit the long pine farm table from the kitchen. Whenever I sit there, it brings back memories of having big family Thanksgivings up there. Plus, I just love how worn out it is and that it almost looks like it's made of driftwood at this point! 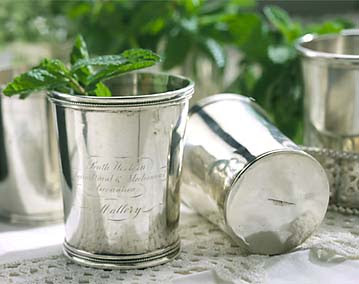 SC: Is there anything left to do with a julep cup that we have not already seen?

HH: These ideas have probably already been done, but here goes:

Use them for serving anything but juleps. Hot chocolate would be adorable in winter, as would cold soups or sorbet in summer.

Use them to stay organized. In a bathroom, they are a just about the chicest way to hold a toothbrush! And at vanity, pretty blush brushes and gobs of great necklaces would look great stashed inside.

This may be a long shot for some people, but I think it would be gorgeous to take six or seven and plant an herb garden on a kitchen windowsill. One cup could have basil, one thyme, and so on. 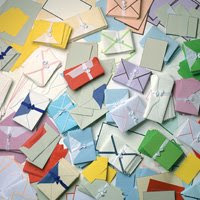 And BTW: Haskell says the Pineider paper is hard to find in the U.S. and even online, but, "The folks in the store in Florence speak English and I'm still using my stash of turquoise stationary that I bought while I studied in Italy years ago." She recommends the official Pineider site.

At Christmas, we stuffed an old silver cup (it was English, so not a julep cup) with sprigs of fresh boxwood.

What a lovely home. Thank you for posting about it. :)

Hi Paloma -- Haskell has some great ideas for mixing humble and refined elements. Glad you enjoyed this!

beautiful home. Where is Ms. Cote de Texas, this is So her style.

I have some pale blue Pineider stationery from Florence that is so beautiful. Maybe we can convince them to open a shop in the US!

I'm a big fan of convex mirrors, and they work well too when they're in a different colour from the traditional gold - such as black with a gold inner border, and even white or red.

Oh. Wow.
I think I'm in heaven - her little cottage is what I would dream about. It's beautiful!! I love it!

Thank you for posting this!! I will definitely have to check out her site and magazine, I'm sure I will love them too - I loved all of her favorite things from the previous post! ;-)
I love it when you find new inspiration.

Glad it made you happy Rachel!

I would really, really love to learn the paint color Haskell used in her perfect kitchen and charming living room. Are they the same shade?
Just beautiful!

Haskell says, "The paint in the living room is called Riff and it's by C2 paints (c2color.com) and the kitchen color is a greenish gray called Intellectual Gray by Sherwin Williams.

I could live in a house painted with just Intellectual gray and white and be in total bliss. It's a great color."