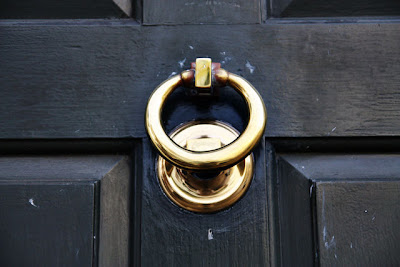 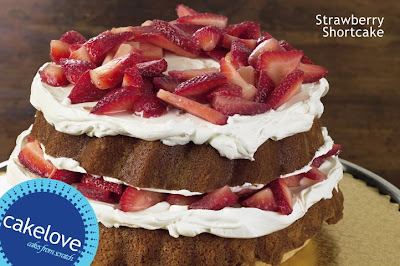 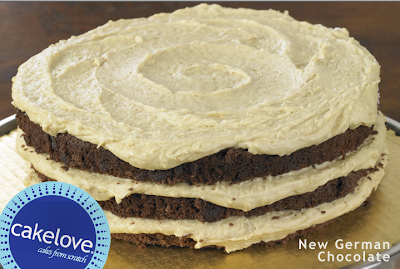 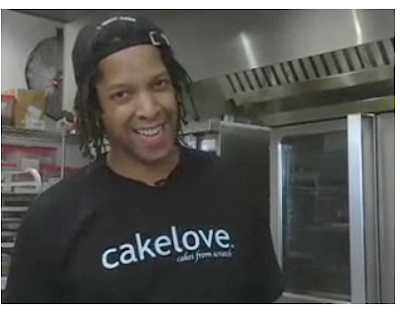 I won't say something cliche about recessions and silver linings -- too many people are hurting in ways that entail far more than giving up a few luxury goods. But I am curious to see if the economic downturn might bring on the return of uncontrived, down-home-style things. Like Warren Brown's cakes. His are the antithesis of highly styled desserts, and to me are more mouth-watering. (Ironically, Brown's cakes are kind of pricey but recently he added some budget-friendly options to the menu.) 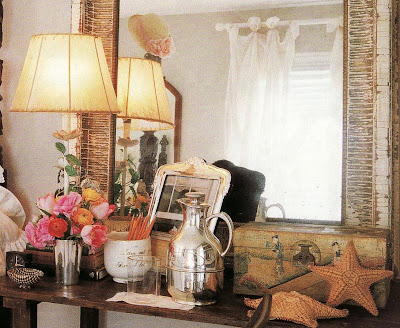 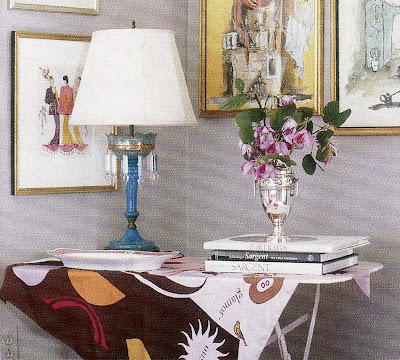 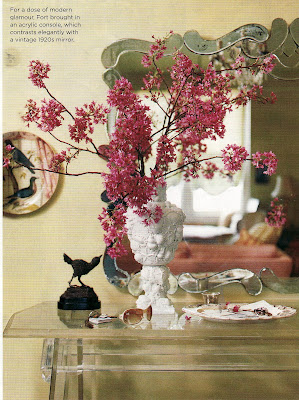 A scratch-made cake baked at home is one of life's great indulgences. Other things that, in the end, are probably better loose and natural are flower arrangements. Even lovelier if the stems come from the backyard. 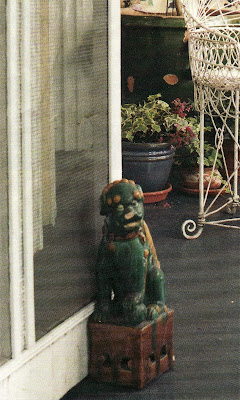 Pieces that are usually placed on full display can be casually rotated to serve a function. For example, the foo dog that becomes a chic doorstop, or the Chinese bowl put to use as a catch-all for keys and mail. 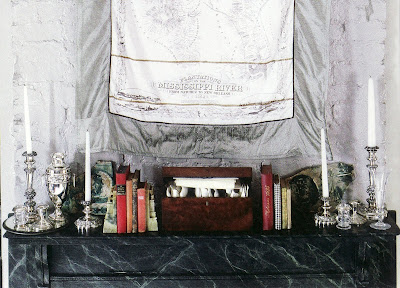 In a small apartment, a mantel furnished with elegant but useful old things and easy to access books feels natural. I love the idea of a box crammed with cherished letters. 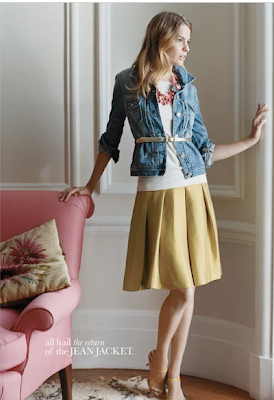 If you happen to have a slouchy needlework pillow done by your grandmother -- that looks unexpectedly chic with your current things -- it would be a soulful touch in any room. 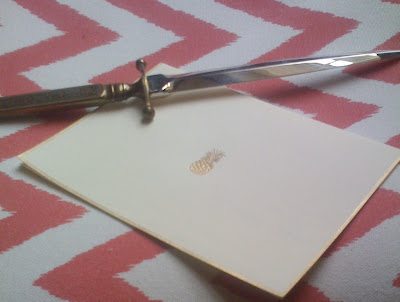 An old fashioned letter is less expensive than a long phone call and more enduring. When sorting through the mail it's so nice to see familiar handwriting in among the bills, and I love the understated paper chosen here by my friend. 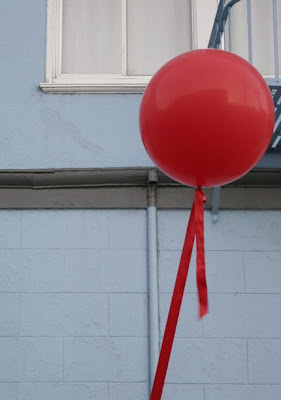 Birthday parties at home have to make the list too. The big red balloon was discovered over at Beach Bungalow 8. What else do you think is best made at home and not fancied-up?

Image at the top, a Charleston door, is courtesy Urban Grace Interiors.
Posted by Style Court at 2:15 PM

We have a Cake Love shop here in Baltimore. Everyone loves it. I haven't been yet. The only thing is that their cupcakes are chilled and that doesn't appeal to me.

Meg -- try one for me! Or try something not chilled :)

Dear Meg~ Very interesting thoughts provoked when you talked about Grama's pillow n' such~ alot more thought-provoking than you probably even REALIZE, and I most sincerely "thank you"! Warmly, Linda in AZ (YOU'RE on my "favs" & I don't have a blog... am just RMS's "Mom of a German Shorthair)

As far as best at home... perhaps stove top popcorn and an old movie.

Certainly cakes, but food in general, is best made at home. In this age of caterer's and planners, I find the gesture so moving that one finds time to share their talents.

I don't go in for bad (read cheesy or old-school acrylic crochet)knit-work, but I worked in fashion knit wear. I allowed the needle-work skills my Grandmother taught me to evolve at home and now I have beautiful tonal and solid throws in cashmere, wools from US farms, as well as gorgeous mixed-fibers from yarn collecting all over the world while I travelled on business. I love the fisherman cable knit throws at retailers, but there is something truly special about knowing it is your own...it is far easier than it looks and good yarn stores are like museums - a good "stay home tonight" occupation in hard times, maybe?

Love the foodog as door stop!

Made from "scratch" - would have to be the scratches left behind by my childhood dog "Snoopy" on the kitchen door at my parents home in KY, that they cherish. They would not think of replacing with a new door. That old door speaks volumes. It is a bit of history. That and the secret family recipe for fried chicken.

Chakra -- I think many people think of popcorn almost like comfort food.

as a DC'er I have to say -I don't like cakelove nor do most people I know. They're overpriced, very messy home-madey looking (which is fine if homemade, but not at that price) and nothing special and frequently stale. They taste like a cake made from a box mix and not a particularly good one. Just my take, not trying to suck the joy out of your blog post! lol

I think the Cake Love look or style is definitely something you either don't care for or you really like because of that homemade appearance.

Just for balance, I'll add that I know some people in Alexandria who are fans of their German chocolate cake.

I haven't had the german chocolate cake, I'll have to try that next time I'm coerced into going to cakelove! We have such a proliferation of great new cupcake bakeries here in DC, it just seemes like a waste going to cakelove. I know it's gained national favor but still....eh.

Well, if your friends force you to go sometime, let us know what you think! Sounds like you have plenty of other great bakery options to choose from though...

oh! I love this post. The best things sometimes just happen. Like that slouchy needlepointed pillow or a handful of flowers and branches thrown in an urn (or a a vintage trophy).

I know this is off subject, but I love that skirt, with the belted jean jacket.

hi megan -- thought you might get what I was going for :)