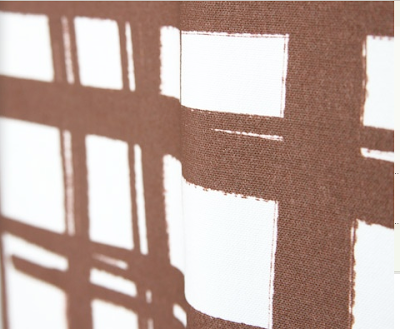 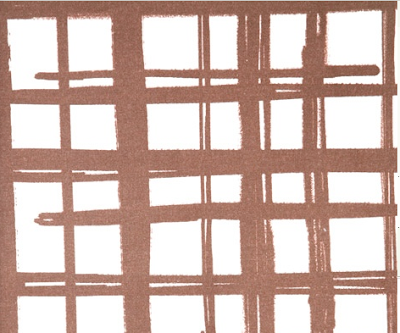 Ever since Michelle Adams released her newest Rubie Green upholstery fabrics, I've been thinking about Habibi, shown above. It's like a loose, painterly plaid -- kind of traditional but also very high style. 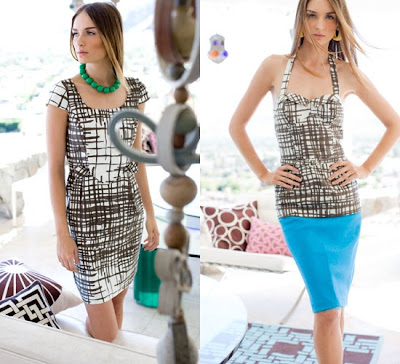 And the other day when I was browsing Trina Turk's summer '09 collection featuring "watercolor plaid," I thought again about the idea of using Habibi on a Louis XV-style chair. 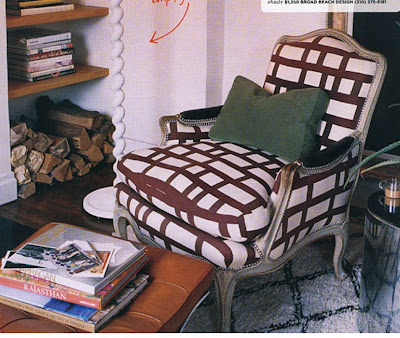 I think the idea has been in my subconscious for a few years now, prompted by this vaguely related example seen in domino, September 2005. 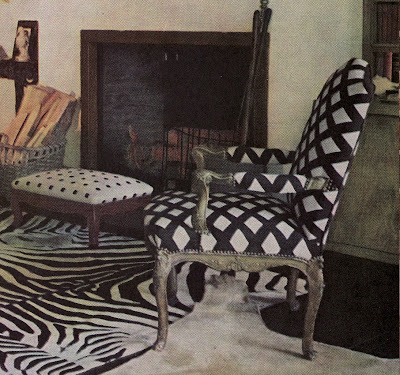 Even further back in my subconscious is this chair that Billy Baldwin used for the Kellogg house circa 1969. A long while ago, a reader asked for help finding the vintage fabric. Although we never positively identified it, everyone loved the idea of a graphic lattice print on a feminine 18th-century-style chair. 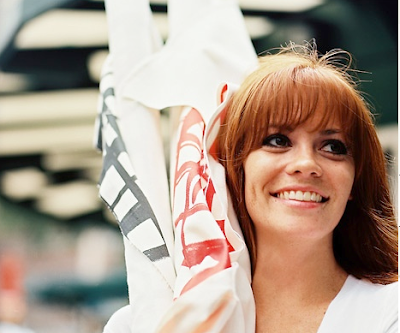 Habibi means "my darling," and Rubie Green currently offers it in three colorways: red, black, and brown. Available online to all retail customers -- not just the design trade -- the fabric is 100 percent earth-friendly cotton.

Patrick Cline shot all of the beautiful Rubie Green pictures. The Billy Baldwin image is from the out of print (or soon to be re-released?) Billy Baldwin Decorates.

Update 1.25.09: More stream of consciousness: Michelle Adams says that her Habibi was in fact inspired by Billy Baldwin, and that reminded me of the BCBG dress, above, which is very reminiscent of prints favored by B. B. (the decorator was a fan of Paule Marrot's painterly fabrics. 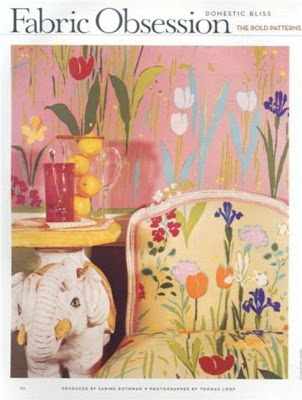 Above a page from Carolina Irving's 2005 H & G story about Marrot. In 1997 The Museum of Printed Textiles held a retrospective of Marrot's work. 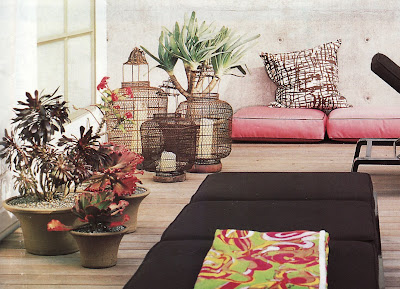 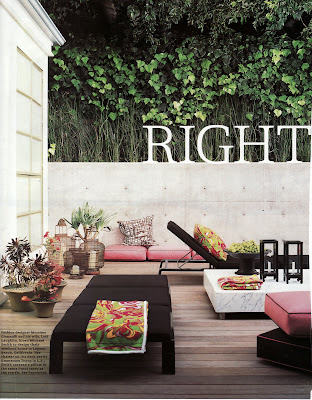 And another meandering thought: When Michael Smith collaborated with fashion designer Mossimo Giannulli and his wife, actress Lori Laughlin, on their beach house, a fabric similar in spirit to Habibi appeared (note the pillow above). Image via Elle Decor.
Posted by Style Court at 4:35 PM

I am drooling for that Trina Turk dress and the Louis chair. So lovely yet quirky.

Hi Southern Lady -- it is a fabulous dress :) Glad you like the chair too.

The pattern looks grat in the dress and shirt and it would also make wonderful throw pillows or a fabulous accent chair! I think Habibi is my new favorite fabric of the day!

These fabrics work so well on design fashions and upholstery~

Habibi would be great for pillows, and yes this type of pattern is appealing for clothes or upholstery :)

One of those great patterns that looks terrific in each color way - thanks for the heads up.

Do you know what happened to the re-release of Billy Baldwin Decorates? I pre-ordered it ages and ages ago and it's still not out. Very odd.

Style -- Unfortunately I don't. I've been writing about it for I guess two years, maybe longer. Currently Amazon is saying next month. But the dates have changed over and over!

Wow! What a fun surprise!! Patrick and I were actually just working on our new site (launching it today!!) and I stopped over to see what's new with you and my jaw dropped :) Thanks lady! Habibi is one of my favorite prints and was very much inspired by Billy Baldwin.

LOVE the habibi print, it's beautiful!

That Billy Baldwin chair is such a classic. The true mark of good design. Thanks for the great post!!

Michelle and Patricia Gray -- thank you :)

Style Court said...
This comment has been removed by the author.
9:26 PM

Such beautiful fabrics. Love the patterns!

(Pedant alert) More specifically, habibi means "my darling" or "my beloved" and is masculine. (Habibati is feminine "my darling," and plain old habib is "darling.")

Thanks as always for your delightful posts!

I like these graphic patterns ! the gilded frame on the dark panel looks perfect