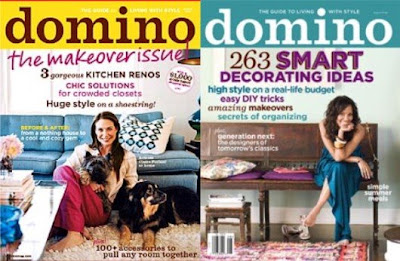 Over the next few weeks -- perhaps even years -- there will be a lot of discussion about the domino pages that inspired us most: The creatively outfitted apartment that helped us see our own digs in a new light, or the Los Angeles house we aspired to own. Everyone has their favorites. But I want to pause and remember David Netto's beautifully written essays, better known as the style chronicles. 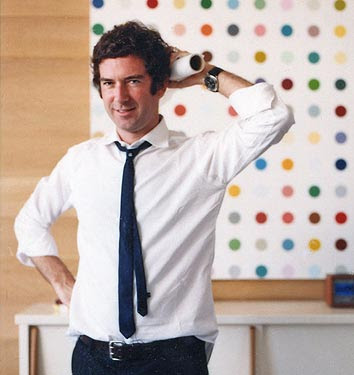 Two were published. The first was a moving -- yet not sappy -- tribute to his grounded mom and the role she played in shaping Netto's sense of style. (The 1970s were a general influence too.) The second essay was fascinating and educational. In that one he shared an insider's view of his godfather, textile designer Alan Campbell. If you need to go back and refresh your memory, the chronicles appeared in domino October 2006 and August 2008.

Above, Campbell's Zig Zag.
Posted by Style Court at 6:45 PM

Agree- we all have our fair share of tearsheets from Domino (already posted mine today http://tktc.tumblr.com/post/73815282/i-love-pulling-magazine-pages-on-lazy-sunday) but Netto did great work and will likely continue to. Wonder what forum he'll use next?

For me David's essays let me see another side. He's such a great writer. Like you, I hope to read more from him as well as see his interiors in the future.

I enjoyed them too, but honestly, two years between articles? Netto's rooms, yes, yes, yes; his articles, less so.

Well, it was a sporadic feature. Varied guest writers. I just thought there was something touching about his.

Well it was one of my favorite articles, the other featured an amazin blogger ;). Either way I'm sad about the closing, I looked forward to it so much each month.

Yes, yes Courtney. I totally recall those wonderful essays by David Netto. I was not a fan of Domino. My twenty-three year old daughter adored it and informed me this morning that they had folded. I mourned the loss of House & Garden. I loved it for Dominque Browning's editorials and Meyer Russ' end sheet and everything in between. To honor my subscription, Conde Nast trasnferred it to Domino. I felt old reading Domino. Yes, I tore pages out from time to time but it never inspired me and I never renewed my subscription. BUT -- what I do remember -- what stands out in my mind, more than any beautiful rooms are those essays by David Netto. Although not a fan, I am sad that another shelter magazine has folded.

Sad news indeed, as Domino was creating a new niche for a younger generation of readers. I suppose when so many folks are losing their own personal shelters, readership to shelter magazines is bound to decline, and advertiser dollars will wane. House and Garden, Blueprint, Cottage Living, and now domino--you shall be missed, though we hardly knew you.

Fortunately, David Netto is still with us, and shall live to inspire and move us with his work, both lovingly written and beautifully designed.

Keep up the good work, Courtney, and don't you leave us!