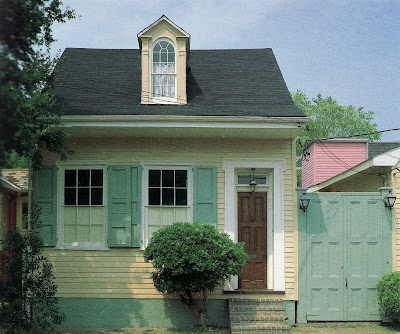 Doesn't this New Orleans cottage look like it should be on one of those 21st century "Small House/Big Style" television shows? (Or maybe in domino?) A charming example of Creole architecture, it was built in 1833 for a free woman of color living in the Marigny district. 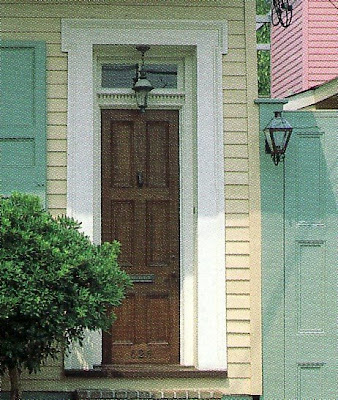 The trend in the Crescent City has always been to add a little unexpected elegance to even the most humble cottages. Although it's not really visible in the pictures shown here, this house has a Greek key door surround. (Greek Revival style is very prevalent in NOLA.) Since Grant Gibson has such an affinity for Greek key and a flair for working with tiny spaces, this place made me think of him. 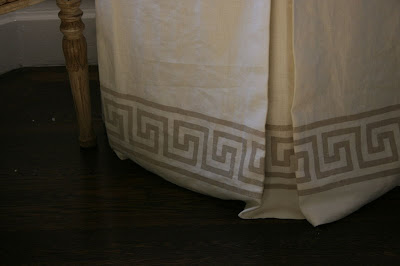 Greek Revival details are also evident in the houses shown below. 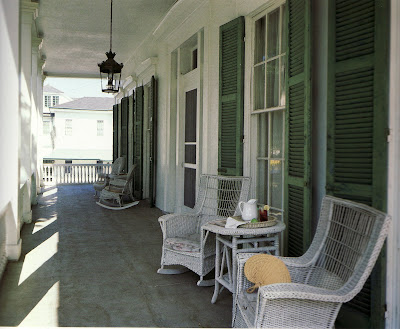 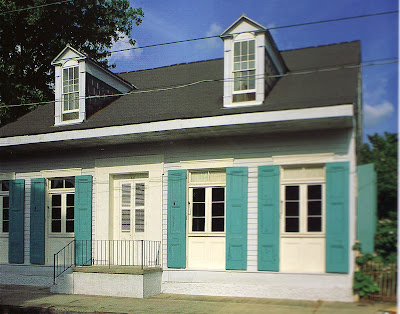 A Greek key door surround! If I could have a house with that it would I would be the happiest person in the whole world! Think of the tone it sets for a house with Greek key accents all around!

Oh my gosh, what a home. thanks for the view!

Grant -- I thought of you instantly when I saw this house! Talk about timeless and chic (and tiny!) What sofa is going to go through that door?

The house in the last photo belonged to the late Malcolm Heard, one of my favorite professors at Tulane. I house-sat there one summer, around the time the photos in that book were taken. It was magical, truly one of my formative aesthetic experiences. His widow, Alicia, still lives there and now it looks even better than in the book.

ps That 3-bay creole is bigger than it photograpshs.

Be proud of Noo Awlunns! (Was that right?)