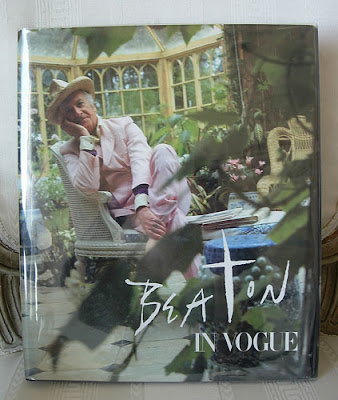 Lynn, the creative force behind Paris Hotel Boutique, recently sold a first edition of Beaton in Vogue, a sought-after book that highlights Cecil Beaton's half century of contributions to the magazine, including his drawings and photographs dating from the 1920s to the 1970s. (She has plenty of other special titles, though, if you are shopping.)
For those of you in Atlanta who just want a chance to borrow the book for a while, six copies (total) are supposed to be available through our public library system. The four branches that currently have one copy are Alpharetta Branch, Roswell Regional, Sandy Springs Regional, and South Fulton Regional. Central Library has two copies. Good luck! 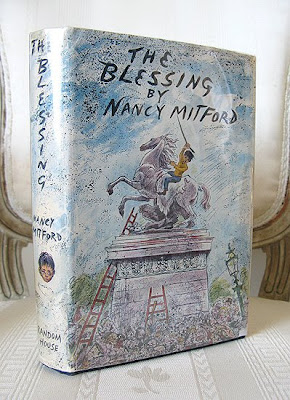 The Blessing by Nancy Mitford, 1951, another Paris Hotel Boutique offering, is my virtual gift to Mrs. Blandings. (This one is also at the Buckhead library.)
Posted by Style Court at 6:45 PM

Mrs. Blandings is virtually delighted. Thanks for thinking of me.

This would make a good Christmas for my fellow "designies". thanks!!

This would make a good Christmas for my fellow "designies". thanks!!

Must get The Blessings if it is at my Leawood Pioneer Library!

Oh gosh, thank you for sharing. I love to find good reads from past days and I especially love vintage VOGUE magazines!

Thanks for stopping by. I've received some email requests to highlight more of the great offerings at public libraries. I may continue with it every few weeks.

Style Court, I FINALLY rec'd the new issue of Domino..Kudos to your mention! And thank you for all your inspiration and enlightenment!

Thanks Ivy -- I truly appreciate your comments and will strive to keep my posts inspirational!

You may have already done this but it possible to prompt a year end book round up from you?

Hi Stacy -- I was going to do holiday gift suggestions in the next few weeks but, sure, great idea, I can try to do more of round up. Thanks for your interest :)

I just got my new copy of Domino yesterday and loved your press mention. I am so glad you were featured because your site was what got me so excited about decorating blogs! Congrats!

Oh that's really kind of you to say Izzy Lu -- thanks! I adore your logo.

Wow--I didn't realize what wonderful things our libraries have! It has me thinking about that referendum on the ballot...

Hi Laura -- I have been finding many treasures.

Hi Courtney, thank you so much for the mention!! Hope all is well with you.

CONGRATS on the mention in Domino!! I was just reading it yesterday and was thrilled to see you and Style Court. Lynn