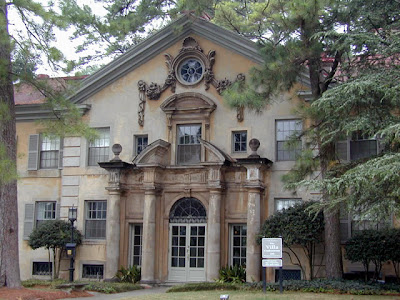 I'm lucky because The Villa is a place I tend to pass several times a week while running errands. Designed by Philip Trammell Shutze, it's certainly less famous than his Swan House, but it conveys the architect's passion for classical design. And The Villa is one of the increasingly rare 1920s apartment buildings still surviving in Atlanta. Not too long ago, the AIA (American Institute of Architects) named it one of the city's five best buildings built between 1916 and 1925. 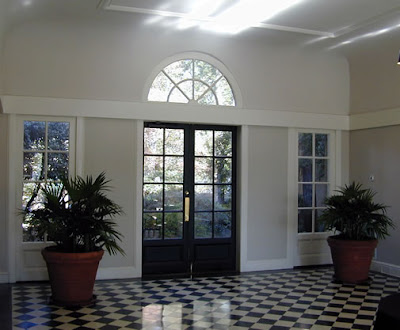 In the 70s the apartments became condominiums. The picturesque setting across from the Ansley golf course is still in tact though. Units on the main and top floors have 10-foot ceilings; I would love to see what some of our favorite designers might do with them. 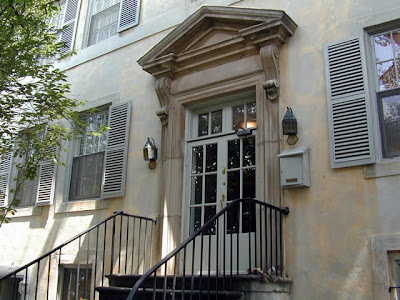 With gas prices being what they are, I won't suggest taking a long, leisurely Sunday drive to see it -- besides there is nothing relaxing about driving in Atlanta -- but if you happen to be shopping or dining in the vicinity, try to alter your route to pass the lovely Villa. It's located at 200 Montgomery Ferry Drive in Ansley Park.

Images courtesy The Villa
Posted by Style Court at 11:53 PM

Great blog! Will check back often!

Beautiful post. I actually lived in The Villa when I was young and my family first moved to Atlanta. It was a magical place to live as an 11 year old. The inner courtyard is like a secret garden and the apartments are super lovely on the inside, not to mention how fun it was to walk around the golf course!

Oh Erin, how wonderful. I'm glad to know it's as magical to live there as I imagined. Thanks for telling us.

Erin, have any photos of the interior you could share? I just love this building, I haven't seen it mentioned anywhere in anthologies of his work! I want to see more!

There are a few images of the interior on the website. Not a great view but it gives you a small sense of the place.

It's a beautiful building, and I've always loved the fact that the stucco exterior has patina - it's a gorgeous mottled blend of soft tones. Thank heavens no one has tried to repaint it!

Wonderful photos -- how lucky you are!!

Sabina -- it is a great site on a routine drive :)

wonderful Atlanta history... it's here you just have to know where to look thank you for the tip

Karen -- it always feels good to be able to share a tip :) I have a few more in mind for the future. Thanks for stopping by.

Courtney - I'd love to see what YOU would do. It would rival any of my favorite designers, I'm sure.

What a great building! Love , Love , Love it! We miss Atlanta so much and this is exactly the kind of thing that we miss the most. The "faded" color of the building is so beautiful. Thanks for sharing!

Hi Style Court:
On my last journey through Atlanta I looked at The Villa--Ansley Park--it is one of my all time favorite neighborhoods!

Patricia -- what a vote of confidence. Thanks, I'm flattered.

It would be a dream to own something in there.

I feel the same way. These older Intown buildidngs, tucked away in garden-like settings, are the best of Atlanta.