Not Another McMansion III 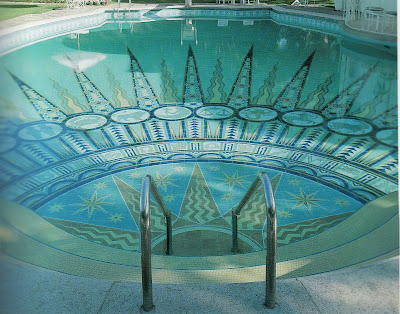 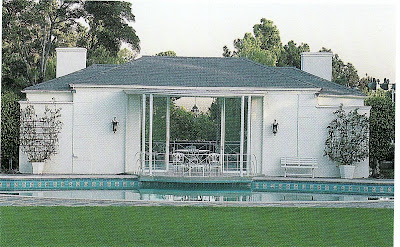 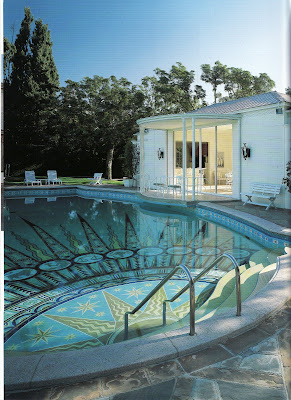 In L.A., it's desirable to own a Paul Williams-designed home. (Many of his houses could be described as mansions but not "McMansions," and he designed quite a variety of styles and sizes. Above is the pool at the Jay Paley residence.) Similarly in Atlanta, houses designed by Lewis "Buck" Crook are coveted. 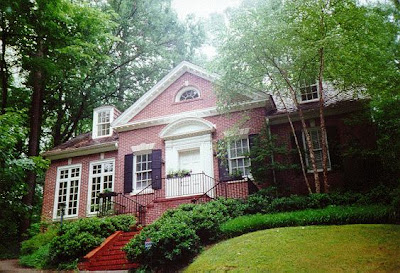 During the 1920s and 30s, when there was a boom in new construction coupled with a real zeal for classicism, (Georgian revival, Greek revival, colonial-inspired) Lewis Crook designed houses that set the tone for Atlanta's leafy neighborhoods. Certainly many of his columned residences were grand, but he also built modestly scaled homes. Sadly the latter seem to be out of favor at the moment, based upon the 21st construction I see, so I wanted to share some Crook houses that are not on the usual tourist routes. 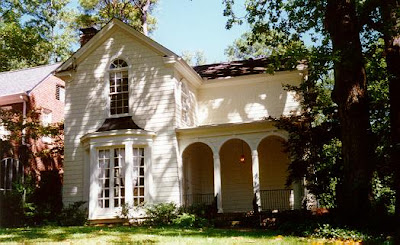 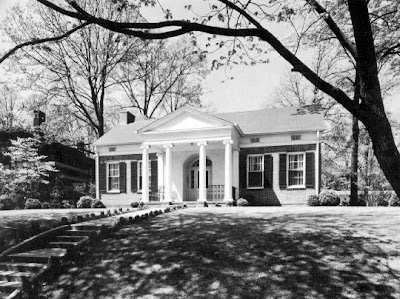 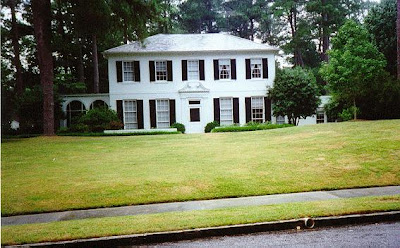 These homes can be found in Morningside-Lenox Park and in Ansley Park. The images are from a site put together in the 1990s by Crook's grandson and details are available there too.

Here's what Crook wrote about taste and scale in the forward to Southern Architecture Illustrated, circa 1931:

" Good taste in home building as a result of fine architecture does not necessarily mean that the house must be large or expensive in order to possess all the qualities which the layman associates with examples of outstanding architecture. The simplest cottage may be in much better taste than a house two or three times its size and cost, depending upon the ability of the designer.

To create a house of distinction and individuality does require a sense of proportion, a sense of fitness to its surroundings and a regard for precedent. The average home builder thinks in terms of size while the capable designer thinks in terms of beauty and economy which come from the right proportion of masses and scale of details that make for architectural perfection." 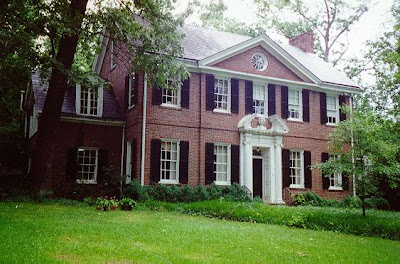 One Crook house that is most definitely on the tourist circuit is of course the "Driving Miss Daisy" residence in Druid Hills. Crook also made his mark on the campuses of Emory, Agnes Scott, and, according to his grandson, Morris Brown. (I lived for a year in a Crook-designed dorm.) He is also responsible for Druid Hills High School. 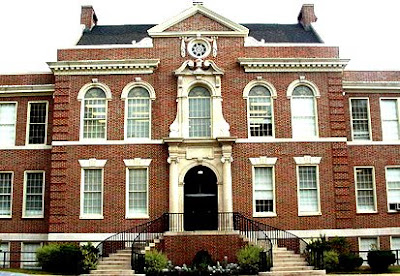 Earlier this summer Millie wrote about another well-known job on which Crook worked, the Crum & Foster.

[Yes, I had to sneak in an image of a pool this week. The Williams images at top are from the California architect's granddaughter's book, Paul R. Williams, Architect: A Legacy of Style.]

It is so sad to me that the most distinctive homes with the most beautiful elements are out of style so to speak..I am a Realtor, and just LOVE touring the old, grand homes over the brand new cookie cutter "McMansions".. There is just something about the good bones of an old home!!! The homes you posted today are some very beautiful examples of old homes with GREAT bones!! Many home builders simply cannot duplicate the quality and prestige of the elements of these beauties! And..let's not overlook the beautiful gardens and landscapes these older estates have!!!

Poppy -- that's a great point about many of the special details being cost prohibitive today, at least for the majority of builders.

I'm not really sure what started the trend to build homes that scream "big, new and fancy." And I really don't know why some homeowners who renovate undo colonial details, for example, in favor of a totally different style like shingle or craftsman just b/c it's popular at the moment.

Courtney - these are wonderful - completely my preference. It's not always the size of new homes that is the problem, it's proportion and appropriateness. I love these homes that are truly gracious, but not overblown.

Patricia, as usual you summed it up with an economy of words. Thanks.

Thanks for posting these classic images. These homes feel more authentic to our city--as opposed to the flashy McMansions seen on "The Real Housewives of Atlanta".

You nailed it Millie.

I haven't had the heart to watch RHofA after the RHofOC made me embarrassed to tell folks where I was from. I really think I will stay away now as I prefer to think of Atlanta just as Courtney has posted it ..what a dream.

I've definitely skewed toward the more ideal here. But we really do have beautiful old neighborhoods :)

Baltimore's got neighbourhoods like that... stunning architecture, interesting details, and lots of covenants so people can't tear them down!

As someone sitting here in the Virginia Highlands in my cute little 1920s cottage listening to the construction noise as a tacky faux-Craftsman, use-every-inch-of the-lot and make it over three stories high, McMansion rising next door to me, I found myself nodding and saying "Hallelujah" to Mr. Crook's words.

It's so sad that in the name of maximum square footage we are experiencing the second burning of Atlanta and losing so many homes that were inspired by Mr. Crook. I only hope that high energy costs will show people the light to attitudes like his!

Thank you so much for the link and the information. You made my day with this, as I sit here with framers blasting the radio and nailguns and blocking my driveway with their Fast and the Furious inspired rides.

I can relate regarding the blocked driveways etc. The height thing always intrigues me -- why the new construction has to be so extremely blocky and tall. I guess it's the quest for more large rooms as you said.

For those unfamiliar with Paul Williams, not only was he one of Los Angeles' greatest traditional architects he was also one of the first noted African-American architects in the U.S. (he designed houses in neighborhoods he was not allowed to live in due to his race).

The Paley Residence was later purchased by the Hilton Family. This is the house where Paris Hilton grew up and can be seen in the first season of "The Simple Life". While Paul Williams and McMansion should never be uttered in the same breath (especially to an Angeleno), unfortunately the present owners of this house have denigrated it to a McMansion lifestyle.

Nick -- thanks for your input. Love hearing everyone's perspective.