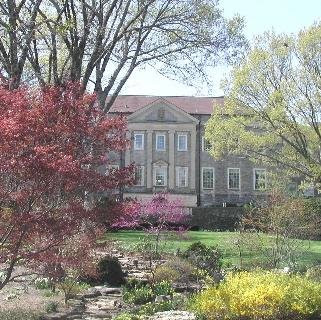 The first taffeta curtains Albert Hadley ever saw were in Cheekwood. When Hadley worked as a junior assistant for legendary Nashville decorator, A. Herbert Rodgers, he was exposed to the city's loveliest homes, including Cheekwood where he once delivered a silver table. In Albert Hadley: The Story of America's Preeminent Interior Designer he describes the scene,

"I shall never forget walking into Cheekwood, one of the most beautiful houses in the United States. Certainly it was Nashville's finest...I was mesmerized by the bright yellow taffeta curtains hanging in [the client's] beautiful drawing room...I thought they were magnificent."

Around 1930, the Cheek family had purchased 100 acres in West Nashville and hired New York residential and landscape architect, Bryant Fleming, to design an 18th-century English-inspired limestone home with expansive formal gardens. Today Cheekwood is a museum with a botanical garden open to the public.

Currently on view through September 28 is the exhibition, Artists’ Books from Postwar to Present, which includes works by artists such as Kara Walker, Stanley William Hayter, Jasper Johns, Richard Diebenkorn, Robert Motherwell, and John Baldessari. 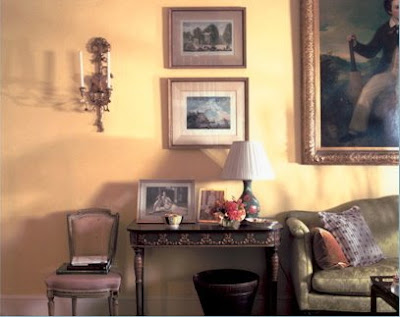 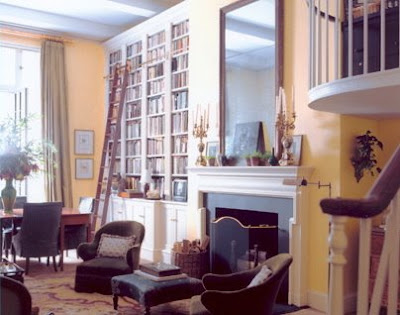 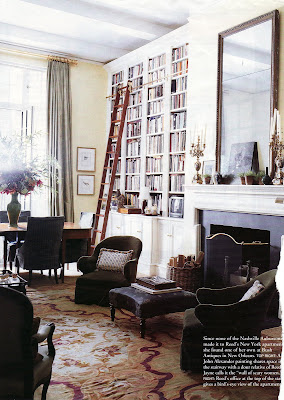 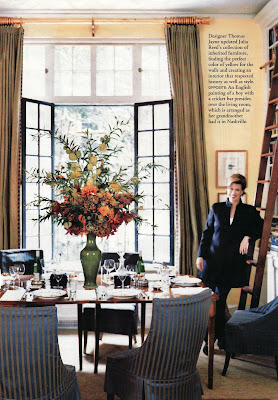 Although he was revered, it is hard to find many images of Rodgers' projects. (I don't know if Acanthus has anything in the works.) At the moment all I can share is the late 20th-century Reed apartment; it was heavily inspired by Julia Reed's Nashville grandmother and her Rodgers-decorated home. 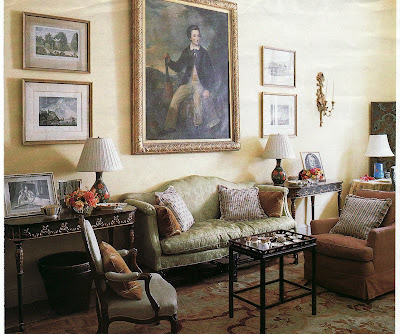 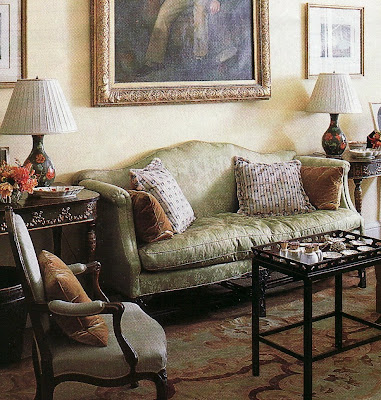 Working with Thomas Jayne, as an adult she incorporated into her New York pied-a-terre furniture and accessories from her grandmother -- the parrot-green Chinese Chippendale sofa, the life-size painting of a boy with a cricket bat, the pair of parcel gilt console tables, and even the photograph of her grandmother, mother and aunt that had always been on the table to the left.

I can hear the "Southern Accent" so thick, you could cut it with a knife. I can feel the humidity too.
Love the name "Cheekwood"

I forgot to add that the layout -- the architecture -- of Reed's apartment is one of my all-time favorites.

You always know the MOST interesting things! Thanks, as always, for sharing with us!

Well, you're kind Meg. I wish I had pictures of Rodgers' work.

you know her sofa and the vignette remind me of your living room - the same style and all - just thought that the minute I saw it - I thought - gee that reminds me of something - and your living room popped into my mind!!!! I adore those brown chairs too!!!!! so great!

have a great week, C.
Joni

Joni,
Huge compliment! Thank you! A few years ago I even bought a ladder for my bookcase b/c I was so inspired by this apartment :)

Those yellow taffeta curtains are gorgeous, as is the room. I like the transparent quality they have from the sunlight.

Do you have a post of your living room? It sounds lovely!

Breathing in DW -- Joni is being overly generous but if you go to 1stdibs.com, then click on the Ruthie Sommers story, then at the bottom click on "blogosphere" and my name, Courtney, you can see one side of it.

Courtney- Great post! I've tried to find photos of Rodgers work over the past few years, but to no avail. I have not even found any photos from my old magazines! If I ever do, I'll let you know :)

jennifer -- thanks! If anyone can find some images, it's you!

Breathing in DW - I am NOT being overly generous! that picture of the sofa with the large picture over it - brings to mind Courtney's living room exactly! the smaller love seat as opposed to a large sofa - they are the same style - the large picture over it - it just reminded me of it. They say people remember patterns - like the pattern of the face - the eyes to the nose to the mouth - maybe that's what I see - the pattern of the sofa to the picture, etc. I don't know, but I am not being overly generous. I happen to love C.'s living room.

Did you ever use the ladder - I don't recall that in any pictures? You should!!!!

Joni -- my ladder is old bamboo, i think from China and it was never attached like Julia's real library ladder :) So after a while it seemed silly. It should be used for bathroom towels or something but maybe one day I'll stage a picture!