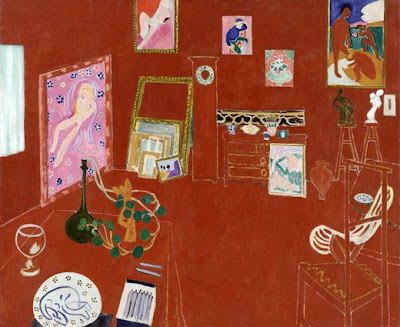 During the 1996 Games, I spent my summer days stationed at various posts throughout the High directing weary visitors to the bathrooms and the cafe and, more often than not, listening to complaints about the Museum's need (in the 90s) for more bathrooms.

But amidst the controlled chaos, many visitors did take time to savor the masterpieces on view as part of J. Carter Brown Jr.'s exhibition, Rings: Five Passions in World Art. This show was skewered by The New York Times for a lack of intellectual heft. My view, though, is that people who will never travel to the Hermitage in St. Petersburg had the opportunity to see Matisse's large-scale Dance of 1909-10. 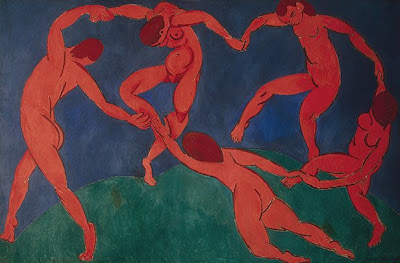 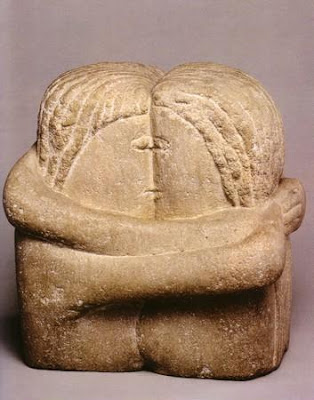 Not to mention a cross-section of iconic ancient and modern works from artists including Brancusi, Sotatsu, Rembrandt, and Caravaggio, as well as Persian miniatures. And Rings paved the way for two landmark High exhibitions, Matisse followed soon after by Picasso. Both highlighted masterworks from MOMA.

It's hard to choose a favorite Matisse, but one painting that makes my short list is The Red Studio, shown here at the top. In terms of the progression of modern art, it is significant because, as MOMA explains, "the room's architecture and furnishings are indicated only by negative gaps in the red surface" and the artworks appear in color.

Those of us preoccupied with interior design also immediately think of other aspects when we look at this painting: how red can work as a neutral, (work with all other colors) and how much impact art has when set against rich, deep walls -- whether in reality or fantasy. 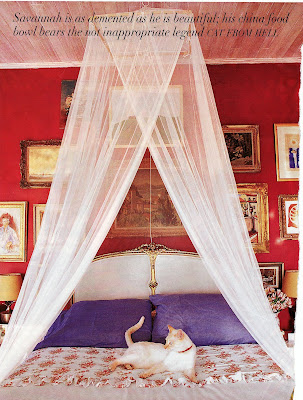 [A past incarnation of India Hicks' island master bedroom photographed by Arthur Elgort as seen in Vogue, 1998]
Posted by Style Court at 9:17 AM

Whoa. Way to bring it home.

Patricia, your post about traveling to Chicago and visiting the museums with the boys reminded me of summer 1996 and all those families and backpacks!!

Funny how your muse appears - you'll see the trip all through my posts this week.

It's hard to believe that the '96 olympics are so many years ago, isn't it? I was working at FOX at the time and remember how crowded Atlanta was with all of its visitors. I can only imagine how crazy it was to be working at the High!

Seleta -- I know, time flies! It was all pretty exciting. I'm sure you had adventures with Fox.

Patricia -- looking forward to it.

Balsamfir -- thanks for stopping by :)

Courtney- I remember that exhibit well... and I remember all of the hubbub surrounding it! Remember those lines?? I think you make a very valid point about how the show gave people the opportunity to see these famous works when they might not have been able to see them otherwise.

Jennifer -- oh yes, those lines! Like you, I think it was exciting for many people to simply see certain works regardless of the context or the themes of the show.

have i ever told you how much i love this blog. i feel smarter, more cosmopolitan just for reading it.

Thanks Kelley, that means a lot.

I remember that exhibit very well, and in fact still have the Rings coffee table book that went with it. 1996 was a very exciting time to be living in Atlanta.

For what it's worth, around the same time as the Olympic games, I was taking Community Ed painting classes at the now defunct ACA. One of the more challenging exercises our teacher gave us was to paint into a canvas already covered in wet red oil paint. It's not at all easy! That's what I think of when I see the Matisse Red Studio.

I love it! So glad you shared that memory from class. Hope you were happy with your painting.

Just found your nice blog! Will be checking back often from now on!

hi courtney. this was inspiring! i wish i had seen this exhibition. the red studio...amazing!

Paul -- so glad it inspired! I think you would have enjoyed the exhibition.