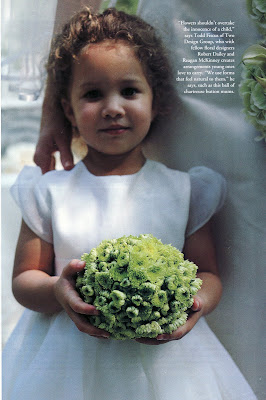 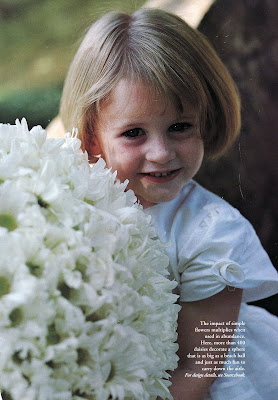 In her latest book,

Julia Reed vividly describes celebrations ranging from "stilettos on the grass" Gatsby-ish parties to formal Easter dinners for five-year-olds to intimate birthday gatherings. One thread that unites these events and gives them a certain grace is the hands-on approach of the hostess. Homemade touches abound and nothing has a corporate party planner feel.

One year Julia's friend, screenwriter Robert Harling, gave her twelve birthday gifts numbered in a certain order to be opened over the course of more than a week (sort of a grand "twelve days of Julia" gesture). I love this idea because it feels lavish yet more attainable than throwing a gala. Still, what Harling did could get rather pricey too. 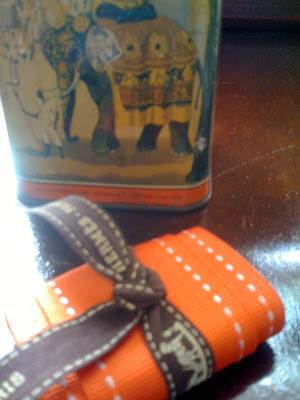 Something I've experimented with in the past is sending friends a box of ribbon covered matchboxes with special notes tucked inside. (Idea totally stolen from Darcy Miller of Martha Stewart.) Months before Carson's wedding, I mailed her closest friends and her husband-to-be empty matchboxes and asked everyone to return them with a meaningful -- or funny -- note or memento inserted. They did. (And I never peeked.) 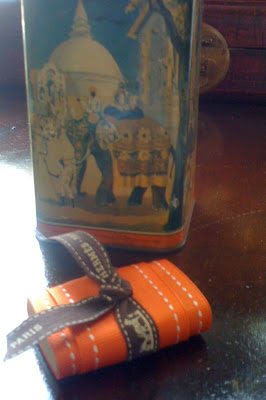 I assembled all the tiny boxes in one larger box and shipped it to Carson's parents' house in Kentucky so that in the days leading up to her big wedding she had a little surprise to open each morning during breakfast. Her husband's box was positioned to be opened on the last day.

Depending on your budget, you can make the main box for this project part of the gift too. Recently I bought a vintage tea tin that would be a perfect container to use, but you could buy a serious antique or simply use an old fashioned white cardboard gift box.

[The flower balls above, courtesy Southern Accents, are clearly intended for a wedding but I think it would be great to see them floating in a pool at a summer party. Technically they could be made at home, however an enormous quantity of blooms are usually required.]
Posted by Style Court at 10:34 AM

I love that idea--so thoughtful, and so perfect for my drawer full of old ribbons.

Laura -- it's fun and kind of addictive.

You sound like the best friend in the world! How thoughtful...

Such a thoughtful present, really memorable, although I wonder how you make the time.

Friends of ours were married out west, and we gave a reception for them here in Baltimore. I got a polariod camera and took pictures of everyone. As they were developing, the person wrote a sentiment in a album, and then we pasted the photo in next to their name.

For a birthday party, we had everyone e-mail us a rememberance of the b-day boy and we complied them into an album, along with pictures that people had sent.

You all are so sweet. Covering the boxes with ribbon is just very addictive and simple -- fun for hiding treasure hunt clues for kids too.

For the bigger projects, like a 12 day thing, it's great for those rare friends who are beloved by many people and who will really appreciate it!

What a delightful idea.....and so very thoughtful. I have loved the "little gift" idea ever since presenting my mother with a bouquet of lily-the-valley tucked in a homemade paper cone(Montana in the early fifties). To this day I have a passion for ribbon and "gifties" with a special thought attached. I am thrilled to see this tradition is not dead. Ginny

When my husband and I got engaged, we started giving each other gifts on the monthly anniversary. One gift for the first month, two gifts on the second, etc. Since the wedding was 10 months away, we quickly realized this could get expensive and out of hand. So we turned to finding quirky but inexpensive gifts, especially for the higher numbers. Among the tokens we gave each other were chopsticks, a bundle of porcupine quills tied with a ribbon, love stamps, colored pencils etc. The anticipation was as much fun as the treats!

Ginny -- what a lovely thing to do. I'm a lily-of-the-valley fan!

Courtney- Such a thoughtful and meaningful gesture! You are a very kind friend :)

Such a beautiful idea!