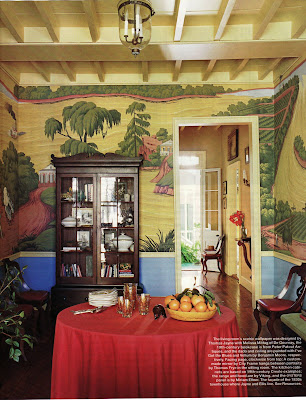 Last week, truly unaware that Thomas Jayne's pied-a-terre would be featured in the July Elle Decor, I posted some images of his stylish New Orleans home. But William Waldron's photos in the magazine really show off that scenic de Gournay paper based on the 1941 book, The Story of the Mississippi. Be sure to pick up a copy and see the entire apartment.

Below, to refresh your memory, past examples of Jayne injecting his signature color sense into the French Quarter. Here he collaborated with Robert Clepper to evoke the feel of a bohemian artist's early 20th century New Orleans apartment. 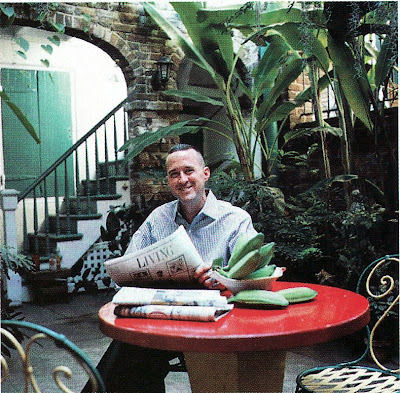 Above, from Lucullus, a French modernist table cube in the Xavier Pauchard style, circa 1935, along with a set of late 19th century French iron garden chairs, circa 1880. 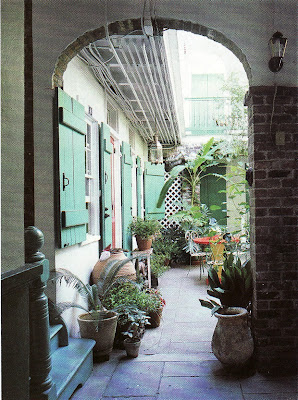 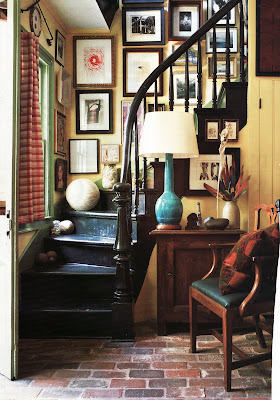 Hi Courtney! I just got my issue today and was struck by the wonderful colors in this room. He definitely has a way with color in the rest of the home also.

Katie -- I agree! In fact you've motivated me to add another image of his work on another NO home.