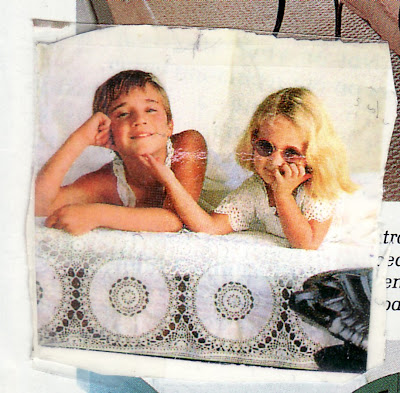 I don't know who these kids are. Years ago, in the '90s, the island home of their parents was part of my first inspiration notebook -- when I was in my tropical phase. Clearly I loved the shot of them too, and the textile they are lounging on, because this picture survives as part of one mix that I didn't throw away. 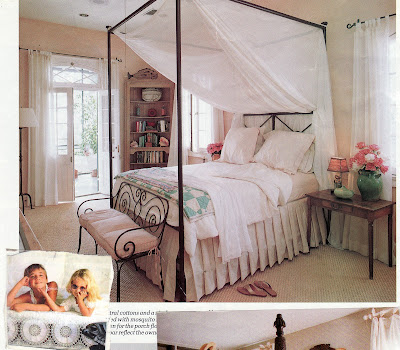 Included is a bedroom (the first that I remember saving) done by Gerrie Bremermann of New Orleans and Anne Stewart of Pass Christian. So this was a sub-tropical house but it has that breezy Bahamian vibe I coveted then. The walls seem to be that whisper-pale peachy-pink that's making a comeback. 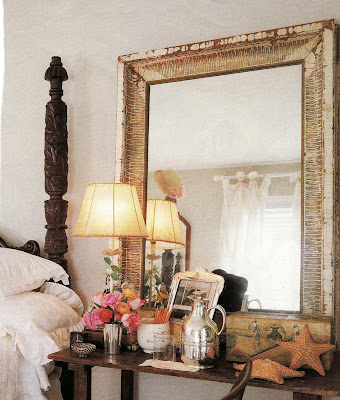 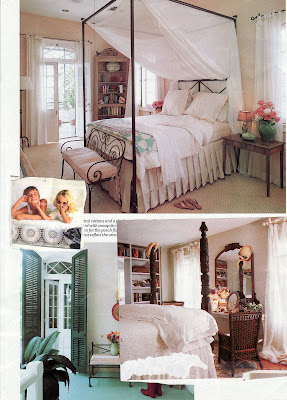 The second bedroom I saved belonged to Julie Baker, daughter of Houston designer Babs Watkins. When Julie was a little girl she was taken along antiquing with her mom, and when she was six they found the four-poster bed shown above. I loved reading in Southern Accents (or was it Veranda?) about how the duo dragged home the stately piece in Mom's convertible. 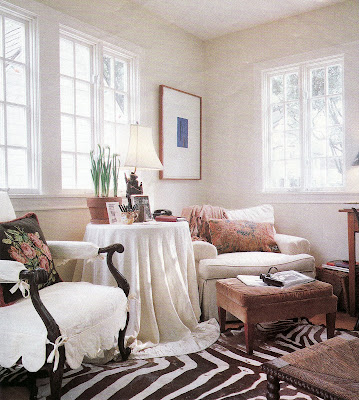 The sun room Julie shared with husband Jay has a sort of Out of Africa feel, similar to the master bedroom. What elements still appeal after a decade or more? For me: four-poster beds, of course, a big mirror over a bedside table, bookcases in the bedroom, and zebra stripes. 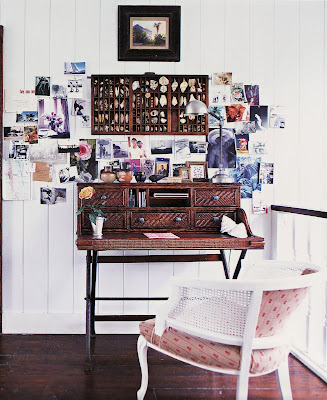 More collages. The summer issue of O at Home includes a great two-page close-up spread of India Hicks' "scrap wall," another place where she displays all sorts of personal pictures and found objects. Above, per reader request, is an alternate view posted here months ago. It's from India's book, Island Life.

You may remember the caned chair was originally a shocking blue. Inspired by her legendary dad, David Hicks, India sanded the piece well and refreshed it with white paint and simple pineapple print upholstery.

Below are the Oprah pictures by Paul Massey. Click to enlarge and see how many 20th century icons you can spot. 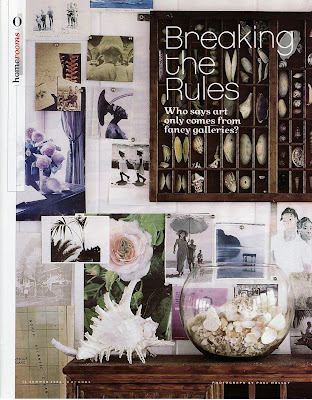 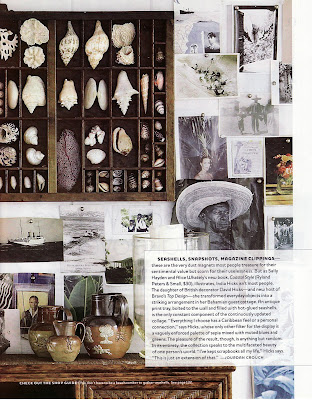 And of course the ultimate autobiographical walls, Schuyler Samperton's bathroom as seen in Domino, April 2007. Photo by Paul Costello. 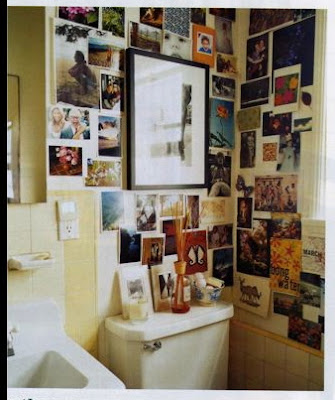 I believe the Bremermann bedroom is from Southern Accents, circa 1990s 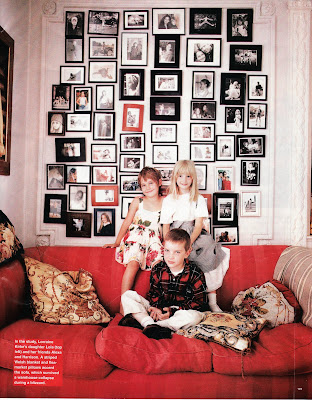 What a great post. Love those first images you shared. Hard to believe that the 90's are so far behind us now, isn't it?

This was an enjoyable read, and as usual, I learned a few things! Thank you.

Seleta -- the beach makes me think of you! Thanks and yes, it seems like a lifetime ago :)

Courtney: That Julie Baker home is very close to mine! Her mother's shop is one of the best in Houston. I just ran across this article again the other day - and was amazed at how good looking it still was. Love that MIchael Smith room too - I never saw it - love this post! wonderful!!!

Joni -- I thought of you when I read Houston and saw all the white again!!

Thanks as always.
C

I have been thinking that I need to go through all my old magazines that I'm running out of room for and create binders or scrap books. I'm glad to know I'm not the only one who keeps their old magazines!

Riley -- I think so many of us are hooked on this. I love organizing by designer.