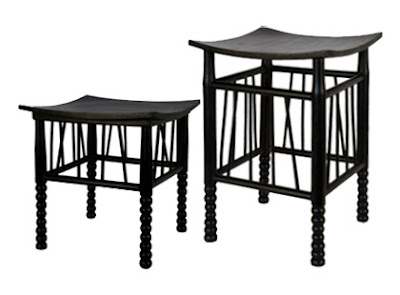 Napoleon's wife Josephine loved to collect. She was especially drawn to Egyptian styles and when her husband was emperor she became France's leading tastemaker, bringing prestige to him through her patronage of the arts. Currently in Atlanta, Empress Josephine's taste, influence and possessions are the focus of an exhibition, The Eye of Josephine, closing May 18. 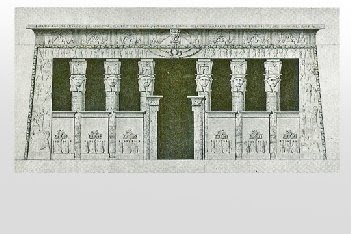 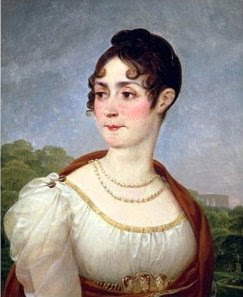 While visiting the installation, gazing at Greco-Roman and Egyptian antiquities once housed at Josephine's residence, Malmaison, I thought about Egyptian-inspired furniture that became popular in Europe after her death, later in the 19th century. For example, Thebes stools. 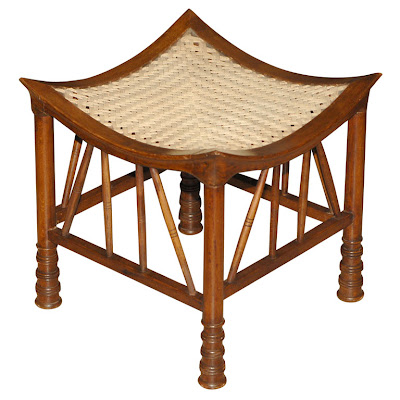 In 1883 this Egyptian-revival design was patented by Liberty & Co., and today similar stools are still made -- sometimes in sleek chrome and leather. The examples shown at top are from Jayson Home, and the 1920s version above is available through Antiques & Art Exchange. 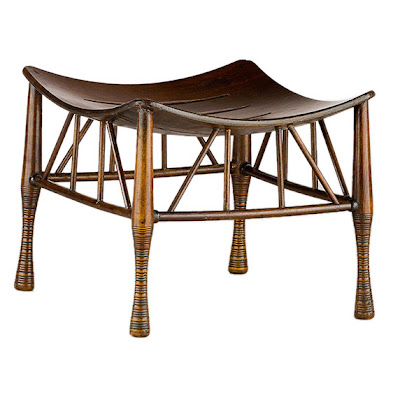 This circa 1885 English interpretation is available through John Alexander.

Portrait of Josephine is by Baron Antoine-Jean Gros; Also shown, The Temple at Dendera by Vivant Denon

Very interesting - as usual - you have such a good grasp of history! I always learn something.

I love this stool style. Madeline Stuart and Michael Smith both have very cool interpretations of this stool also. I am glad to see Jayson Home's! I bet it is a little more affordable! Thanks Courtney! :)

Katie, thanks for the Michael Smith reminder!

I would like one of those stool for my camel when I need to go out and take a ride in the desert.
Oh they look very saddle like.

Very interesting post - a history lesson and decorating in one.

Thanks Pink! Love to hear that.