The Sideboard, The Porch, and The Four-Poster Bed 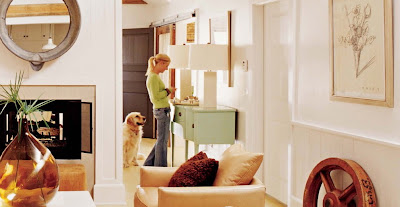 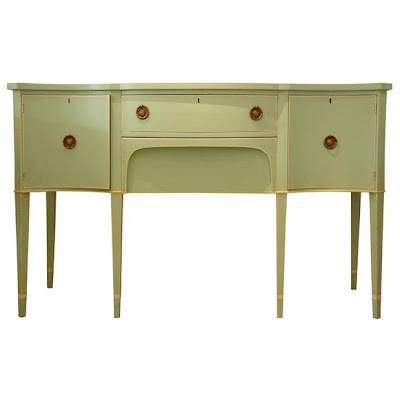 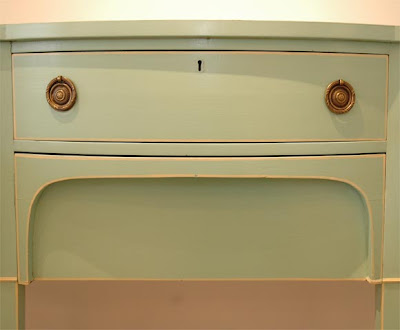 Originally from North Carolina, Lee Kleinhelter has worked with venerable Southern design firms, including Dan Carithers and Westbrook Interiors (think classic, stately homes). Her own style though is very pared down, fiercely edited and modern.

Still, in Lee's clean-lined Atlanta home there are a few nods to iconic Southern elements: the English sideboard and a shady porch. Instead of traditional mahogany, Lee's sideboard is painted a pale shade and paired with sleek, modern lamps. 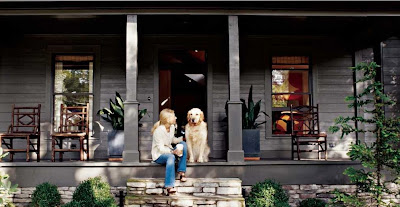 "Our grandmothers may raise their eyebrows, but there's a new crop
of young people who want to shake things up a bit by mixing the old and new to create more interesting spaces while respecting tradition," says Cottage Living's assistant style editor, and Tuscaloosa, Alabama native, Lindsey Ellis Beatty. 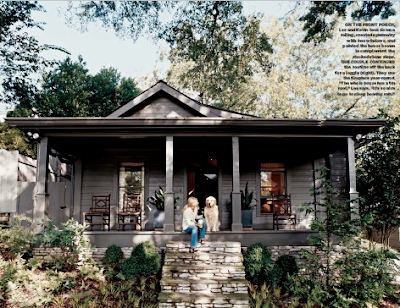 Lindsey also told me, "One thing that remains the same is that Southerners all love porches and outdoor living, but young Southerners are paying more attention to the design of outdoor spaces. Our grandmothers may have been satisfied with a porch swing or a glider and a big glass of sweet tea, but we want outdoor sofas upholstered in funky patterns, outdoor fireplaces, fancy grills and even stovetops...I think historically and now, Southerners are really into their houses, so we love to entertain and show them off!" 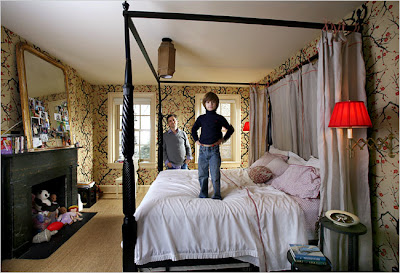 Tulane alum and style director for domino, Sara Ruffin Costello, used an heirloom bed in two different ways, above and below. 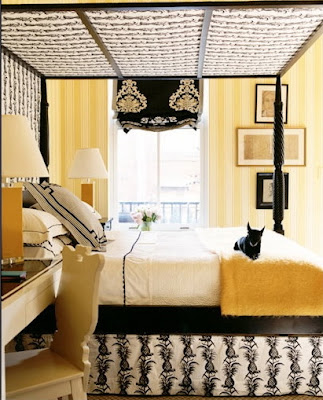 Lindsey adds, "Yes, I think that for Southerners young and old design is all about mixing. We Southerners love our history and like to show it off." She says the trick is to find a way to mix heirlooms but "still create a look that's not older than you are."

I agree on all points, but most especially about outdoor living!

As a young southerner, Im in total agreement. I love the quote about our grandmothers because its so true.

Loving these posts on the new direction of Southern style! As a newlywed, one of our challenges has definitely been incorporating heirloom pieces into our aesthetic, and it's great to see examples of it done well.

Keep up the good work!

Oh Jennifer (newlywed Jennifer) just what I like to hear. Great!

Mmmm, I love that yellow bedroom. I remember when that issue came out and thinking that i needed to redo my bedroom right then with the same pallet!

Yes, the yellow was so great with the dark bed and those vintage lamps :)

Just found your blog - and I love it!!

I've bookmarked you and will be back!!

Great post! I love that sideboard at Pieces. I have quite a few beautiful, traditional items that I would like to paint to freshen them up...such as an antique French sideboard and chippendale chairs. I keep chickening out, though!

Thanks Sarah! It is sometimes a challenge to know when to paint and when not to :)

I guess one guideline is the value of the piece and the quality of the wood. If it's not a museum piece or fine antique, you can always go for it -- then if later you regret the paint it could be refinished again.