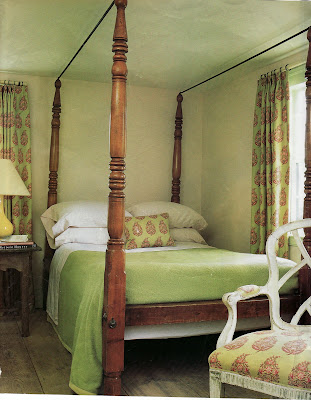 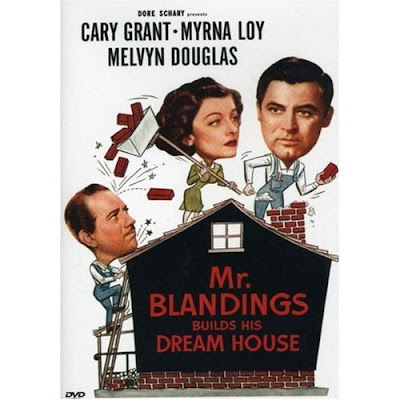 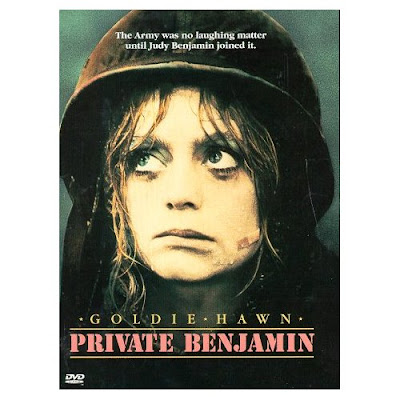 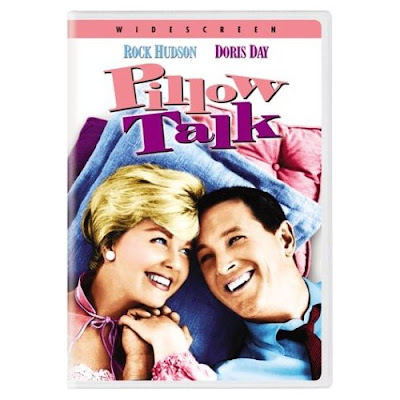 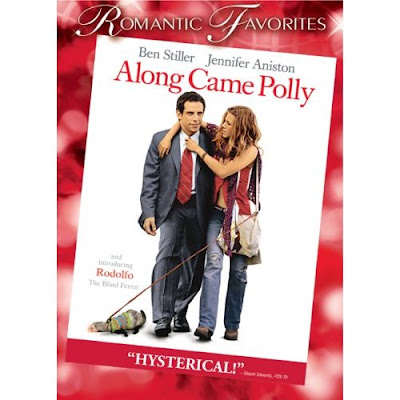 as a central motif. Lines from the 1948 movie have been quoted by Steven Gambrel too. In the picture, the heroine's walls need to be the perfect shade of apple-green, "somewhere between a healthy Winesap and an unripened Jonathan." So Mr. Blandings

probably receives the most kudos for witty design references.

But what other cinematic moments come to mind? (Not the most outstanding interiors -- that's another subject.) I'm partial to the scene in Along Came Polly when the over abundant decorative pillows are banished. Also there's Private Benjamin and her mushroom ottoman piping. Which films get your vote?

How about the final scene of Pillow Talk, when Doris Day decorates Rock Hudson's apartment in the most hideous way imaginable as revenge?

I'm glad to see Pillow Talk on the list- Doris Day's apartment is so 60s chic! That Touch of Mink has some really amazing decor, too. (Especially Doris & Cary Grant's hotel suite.)

My favorite movie sets (and I know they are recent) are from the movies The Holiday and Something's Got to Give... However, some of the original James Bond movies are worth a watch for the design alone. Really amazing-- and timeless.

I agree- Pillow Talk! And of course Auntie Mame! She was always redecorating her home with some crazy scheme.

So nice to see Gambrel and Mr. Blandings here today - sorry I missed it yesterday. Mr. B's my fav, of course, but in talking decorating (and not just looking) Pillow Top is next on the list.

I love the scene in "The Anniversary Party" when the much hated neighbor (who happens to be a interior decorator) comes to the party and admiringly asks Jennifer Jason Leigh who designed her amazing house. "I did" was her cold reply.

I always wonder if this was a veiled slight against designers. Regardless, the mid-century modern house is pretty hip.

I also love the totally campy scene in "Wall Street" when Bud Fox moves in to his new apartment with the Talking Heads "This Must be the Place" as the soundtrack. Even though the decor is horrid, big 80's, it looks like they are having fun with all of that gold leaf and sponge painting.

And Millie, I love your examples. My scenes are painfully lacking edge in comparison.

Having lived through the 80s - it's amazing how that decade is so easily defined style wise: big hair - huge, frizzy, permed hair on everyone! Horrid hair!!! Big big shoulderpads!! Madonna inspired so much of fashion then. I watched Hannah and Her Sisters the other night (1986) - omg - everyone looked so ridiculous - the hair, the headbands, the huge jewelry, the shoulder pads, the embellishments. OK - there are GREAT interiors in that movie. A lot of it was shot in Mia Farrow's apt. which she had grown up in (her mother is in the movie too, the original Jane/Tarzan). Mia bought the apt from her mother. The dining room is wonderful - red orange walls. there's a great loft in the movie too. And there's a wonderful ethnic styled apt in a flashback with wonderful furniture and pillows, very boho. Great movie, but SO 80s!!! Another great interiors from a Woody Allen movie is the English house in Scoop. Match Point has great English interiors, London and the country. In fact, most Woody Allen films have great interiors.

As a big fan of "Pillow Talk" and all things Doris Day, I was excited to run across this discussion today. On my blog we've been having a similar discussion about our favorite "Houses on the Big Screen" and I admitted to my unhealthy obsession with "Housesitter" because of that little yellow house Steve Martin's character builds.

My readers admitted to watching movies like "The Holiday," "Something's Gotta Give," "Flashdance," and even "Home Alone" and "Bewitched" just because they liked the houses in them.

Yesterday I posted photos of my fave for an Oscar (in set design) this year: "Atonement." Love the English manor they filmed in. Gorgeous. For me, movies are all about the sets! :-)

I've Bookmarked your site now that I've found it and will be back. Thanks! -Julia (aka "Hooked on Houses")

P.S. Style Court: Wasn't the Woody Allen film you're talking about called "Everyone Says I Love You"? Truly, the only thing good about that movie were the sets.

My favorite Woody Allen movie (for the interiors) was called just that--"Interiors!" Anyone remember that but me (1978)? I saw it when I was a kid and went nuts for that beach house. -Julia :-)

Thanks for sharing all this. Yes, I did a separate post on "Everyone Says I Love You." Personally I like that one for the interiors and the film :)

Again, glad you found us!

Right after I left that comment, I saw you had posted that, so I was just a little behind. ;-) I wasn't crazy about the movie (I think it was Julia Roberts singing that seemed a little odd to me), but I do remember the sets being fun!

Yes, it's definitely an offbeat movie :)