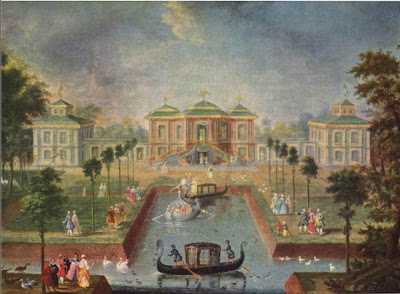 It seems I have two favorites in common with Kelly Wearstler: Baskin-Robbins' peanut butter 'n chocolate ice cream and the book of watercolor renderings, Chinoiseries, 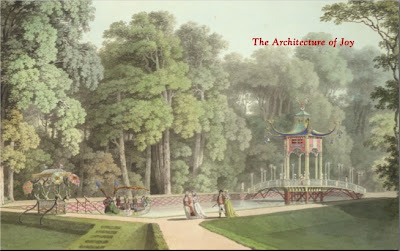 For this artistic duo, the whimsical European garden follies and pavilions -- most now destroyed -- that they chose to meticulously research and paint represent the "architecture of joy." Their focus: French pagodas and other fantasies built or designed between 1775 to 1785, "the fevered apex of France's chinoiserie mania." When fantasy converged with opulence. 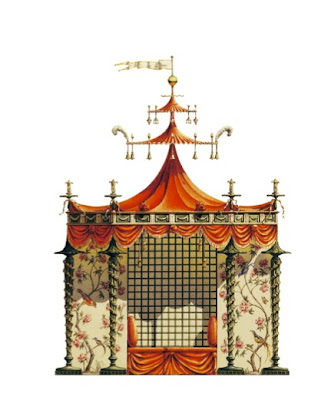 I expected the book to be overflowing with exquisite images, but I was happily surprised by the informative text. The authors explain the phenomenon of chinoiserie (romanticized works inspired by the East but created for Westerners) and highlight European misconceptions. Lavish celebrations of the French Court are vividly brought to life. Today we might say the Parisians had a design crush on all things exotic, all things Chinese. Well, what they thought was Chinese. 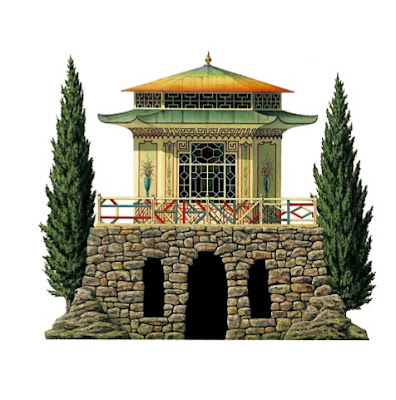 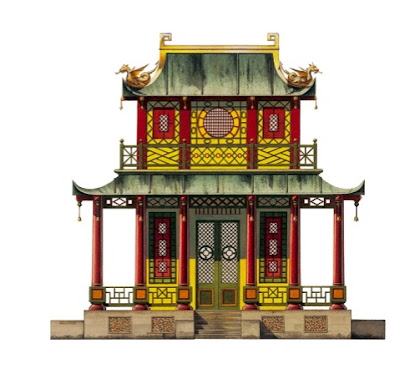 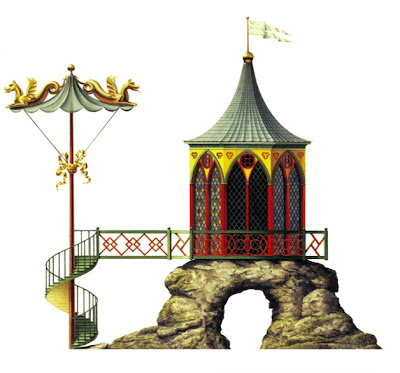 at a more reasonable $60 (earlier editions cost over $1,000) is seriously exciting. Maybe even cause to organize a festive chinoiserie-themed book club gathering in the spring.

All garden follies are by Bernd H. Dams and Andrew Zega. The painting shown top is the 18th-century Indian House at Bruhl, attributed to Franz Jacob Rousseau. Shown second is the Chinese bridge at Laxenburg, watercolor by L. Janscha.

Mrs. Blandings and I are both fans of Zega and Dams, and have mentioned the artists before. Here is her take on Chinoiseries.
Posted by Style Court at 2:56 PM

Courtney - I'm "pre" ordering today. It looks wonderful and I'm so glad for the text. Thanks for the link!

So excited about this book!! Thanks for the info!!

I ordered nine of the chinoiserie prints after reading mrs. blandings post. They arrived yesterday (via airmail)with a paris, france postmark. This weekend I will drop them off to be framed. I will post photos of the results.

Ordered some cards this morning as well! Now the book to add to my wish list.