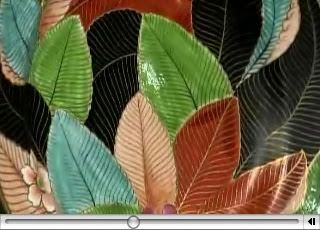 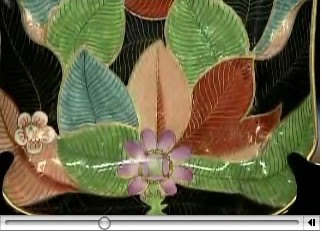 Recently Antiques Roadshow featured an appraisal of a boldly colored, circa 1810 Coalport dessert set. At first glance, the porcelain appeared to be Chinese export, but expert David Lackey interpreted the design to be English (although inspired by the well-known Chinese tobacco leaf pattern) and most likely Coalport.

Lackey felt the set might have been custom made because he'd never seen the exact pattern before. He also described the decoration as spectacular. I was struck by how modern the porcelain looks. (Again, that often seems to be the case with Asian-inspired design.) I've shown close-ups, but to see the entire set and appraisal, click here. 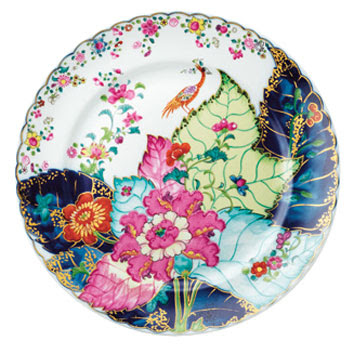 Mottahedeh's circa 1780 pattern, "Tobacco Leaf," described by Domino as a maximalist standout.
Posted by Style Court at 1:03 PM

Tobacco Leaf has always been a favorite of mine (although, I unfortunately don't own anyof it!)

The last plate is wonderful...so much to look at on one little plate!

that roadshow piece is really gorgeous. you do such a nice job with your blog. very organized with comparative posts. i enjoyed my visit!