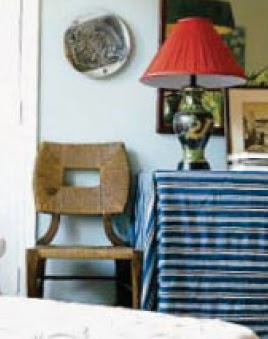 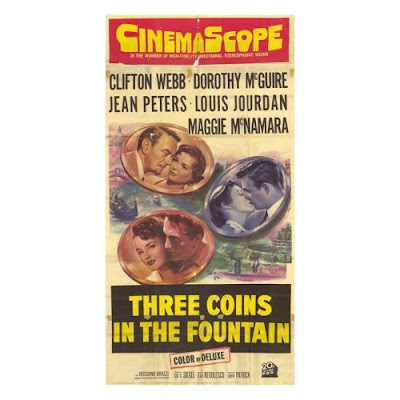 Friendly reader Gail tells me that the clean-lined rush chair used in the 1953 film, How to Marry a Millionaire,

also appeared one year later in the movie Three Coins In the Fountain.

Jean Negulesco directed both pictures. I haven't seen either yet, but Gail says "the girls' charming Roman apartment (in Three Coins) is to die for."

As mentioned in the previous post, Peter Dunham now sells a "How to Marry a Millionaire" chair in his new store, Hollywood at Home, seen top in Elle Decor, March 2008.
Posted by Style Court at 9:03 AM

I don't know if it's the same for you Courtney, but I can't watch a movie without pointing out furniture, fabrics, etc. I just watched Woody Allen's "Mighty Aphrodite" and saw the same Scalamandre zebra wallpaper from a recent post of yours...it annoys everyone that watches movies with me :)

Me too! Recently saw the "Golden Compass". Say what you will about the controversy surrounding the film. But the rooms had a truely beautiful Art Nouveau quality. It was stunning set design.

I love the chair AND the striped fabric on the table. Do you know what the latter is?

I don't know for certain but there is a list of fabrics (collections) sold at Dunham's store on the Hollywood at Home website along with contact info. It also could be vintage.