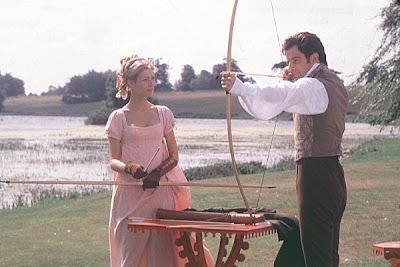 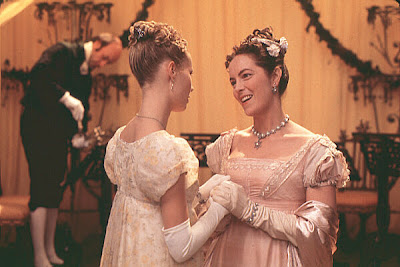 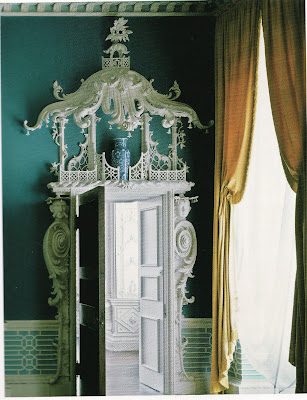 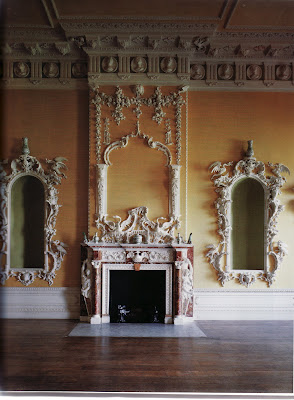 Last night I caught a few minutes of Emma

on TV and thought, "hmm...those intricate yellow-and-white walls look familiar..." Turns out the ballroom scene in Gwyneth Paltrow's 1996 film was filmed at Claydon House, a grand 18th century home designed by Luke Lightfoot with elaborate chinoiserie and rococo woodwork. These images of the stately country house, which I've mentioned before, are from John Fowler: Prince of Decorators,

published by Frances Lincoln, 2007. Legendary decorator Fowler worked on Claydon at various points in the 20th century.
Posted by Style Court at 6:35 PM

Like icing on the cake. Love that doorway.
Looks like a perfect spot for a decadent "Ball"-

Courtney,
I loved that movie, both visually and literarilly. That rococco "icing" really thrills me. I love the way you make connections, you are truly a design sleuth. Thanks for the eye-opening post.
Julie

julie, you are so sweet. Thanks. Yes, I thought the art direction was great. I"d like to learn more about the set designer.

I was just poring over those photos again the other night. So incredibly beautiful, especially against those glorious colors Fowler chose!

I just stumbled upon your gorgeous blog via the Peak of Chic - I will certainly be returning!

I too love this movie. I first bought it on vhs, wore it out, and recently purchased on DVD. It looks like set design was by Totty Whately, but she hasn't done much else.http://www.imdb.com/title/tt0116191/fullcredits

Ruth Meyers, the costume designer, was nominated for an Oscar for the clothing, which was the icing on the cake for me.

Thanks Mood. I couldn't find much on Totty last night, but I'm going to try again :)

I adore that movie -- and sets were simply divine! Checked my copy of John Fowler -- don't you just love his sense of comfort but true style? LOVE that mirror! Thanks for another wonderful posting!

Jan, yes great point about his sense of comfort!

Claydon was connected, I believe, to Florence Nightengale; her sister was the lady of the manor at one time, and Florence lived there with family before leaving for her nursing.