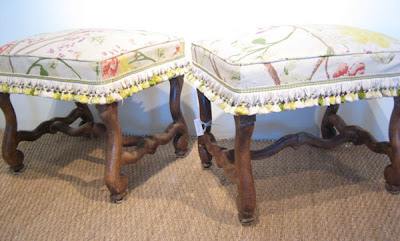 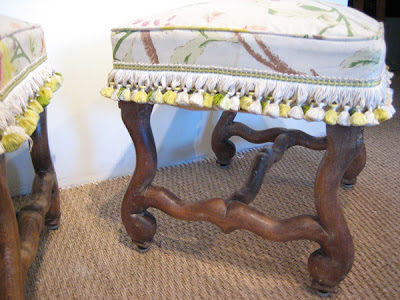 Since spotting these benches with the fun-yet-elegant vintage trim at Coleen & Company last year, I've been thinking about reinventing this old piece, below, rather than discarding it. 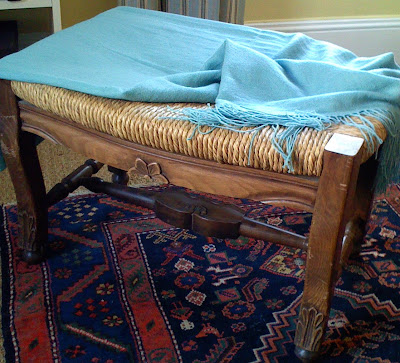 Now the idea has moved higher on the priority list because over the holidays I gave my bedroom ottoman and a few other things to my sister. (Great fits for her living room in progress.) 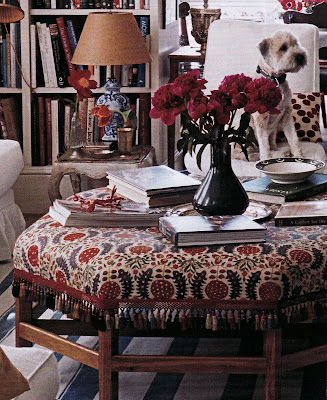 Tassel trim, which seems to be coming back in vogue, might be one means to successfully transform this rush seat bench into an upholstered piece (perhaps add a box cushion.) But there are other options in my head that wouldn't involve fringe or tassels. I'll try to document everything of note that I learn from the upholsterer. 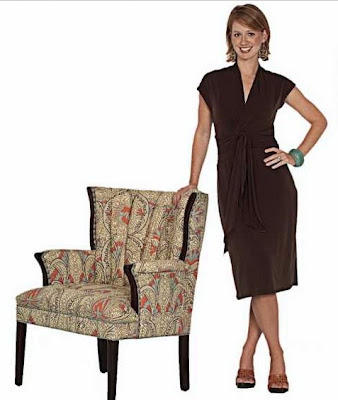 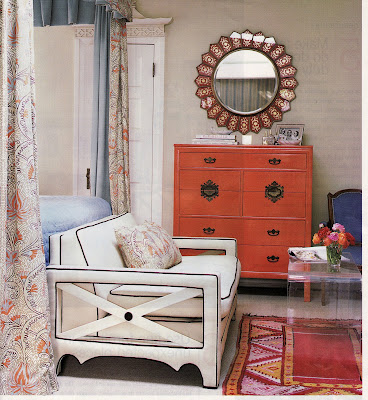 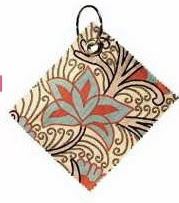 In general I want to avoid fabric that has received loads of press -- with two exceptions: Home Couture's "Contessa," and the little black dress of prints, Brunschwig & Fils "Le Zebre." Samples of each are on the way. 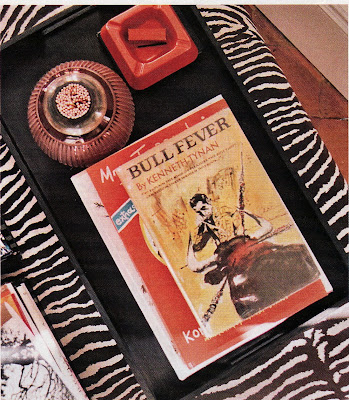 Fantastic idea--please document for us! This clever treatment never would have occurred to me. Can't wait to see your sophisticated transformation.

love the tassels on both those ottoman pictures and of course the zebra skin rocks.

This is my favorite parts - can't wait to watch the project unfold.

I love a good transformation project. Are you going to use the same upholsterer that did your guest room chair? There is an upholsterer near Pieces that I have heard good things about - Top Notch Upholstery.

Thanks for the tip Sarah. But yes, I'll use the team who has done so many projects for me over the years :)

Everyone, I appreciate the positive thoughts. Hope I'll have valuable new tips to share!

Great minds think alike - I've lusted after those stools before!

I can't think of a light blue fabric exactly like that. - I like Scalamandre - they have a lot of wonderful silk brocades that might look similar to that fabric but nicer irl. It appears to be a chintz fabric - B&F has the best selection of those - I wouldn't be surprised if it is a B&F fabric. so are you thinking of removing the rush altogether? Is it for your bedroom? It might be good to match that fabric to a headboard fabric down the line = give the room a finished look. how exciting and what a nice sister you are!

I realize that Home Couture's "Contessa" is to the trade only... but I've been trying to determine a way to purchase a couple of yards for a small reupholstery project without having to use a designer. Any thoughts on my options? I'm madly in love with this fabric!

In the past Quadrille/Home Couture had a number on their website for the public. Try that and also designer Barbara Karpf's site, decoratorsbest.com -- she sells to the public. Good luck!

Joni, as always thanks for answering my question!

I believe Chapman Radcliff also had some fab benches/stool with tassel trim? I think both fabrics are lovely, but you know, I've never met an animal print that I didn't love! Le Zebre is a classic.

love your comparison to the l.b.d. you're so spot on!goes it's lovely, timeless, chic and works with everything.