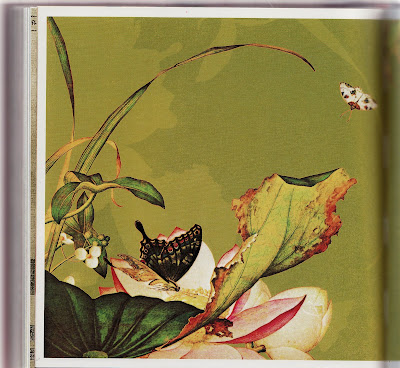 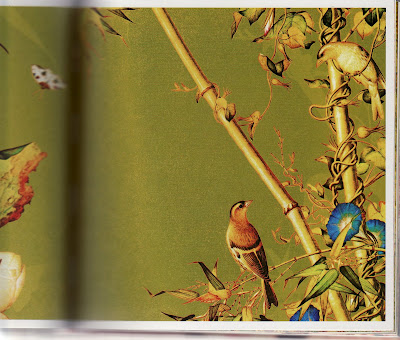 Although tiny and modestly priced at $25, Vivienne Tam's China Chic

is filled with exquisite, often surreal images. I'll talk more about it next week, but in the meantime here is a two-page spread I love. The work was done by Qing court painter Giuseppe Castiglione, an 18th-century Italian artist recruited by the Chinese to serve in their palace studio.

Castiglione taught Western techniques (naturalistic shadowing, linear perspective) to imperial painters. So the work that came out of that period is an interesting mix of refined Asian brushwork with Western-style realism. Known for his large-scale compositions and master draftsmanship, Castiglione eventually adopted the Chinese name Lang Shining. 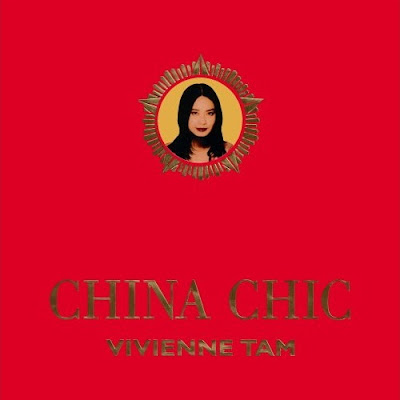 Painting is now in the National Palace Museum, Taipei, Taiwan
Posted by Style Court at 8:28 PM

these are really pretty and girlie and will go great in my bedroom :-)

this is a great book! thanks for the reminder to dig out my copy and give it a peruse. and i like ms tam's clothes, too.

Just beautiful! Can't wait to see your post next week about China Chic.