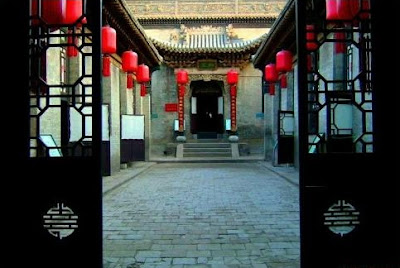 to be among the most visually stunning films ever made. Image via Tong Chen. 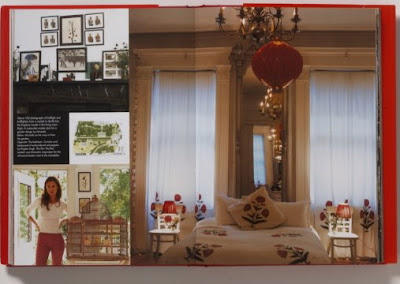 and the inspiration she took from Raise the Red Lantern.

Another visual feast, The Last Emperor,

(Michael Smith's pick) has been discussed here too. But I wanted to share more weekend viewing ideas, so I asked film buffs Brilliant Asylum and Cote de Texas for suggestions. Here's a list of sumptuous movies filled with rich Asian color:

Empire of the Sun

In the Mood for Love

Memoirs of a Geisha

Brilliant Asylum also recommends any of the James Bond series filmed in Asia: You Only Live Twice and Octopussy. She read that Kelly Wearstler is inspired by James Bond movies too.

A reminder: Buddha in Paradise: A Celebration in Himalayan Art, opens October 13 and continues through November 25 at Emory's Carlos Museum. The exhibition honors the visit of His Holiness the Dalai Lama.
Posted by Style Court at 6:40 PM

I had Curse of the Golden Flower recommended to me as a visual feast which it was. The story? Meh. But the look of it was amazing.

Lovely post Courtney and thanks so much for your all your support and kind words!!! I need to get the dvd warmed up.

Ohh--A few I have not seen! Thanks for the suggestions (and the nice mention). Until I have the opportunity to visit Asia, these films keep me connected and inspired.

Many of these I have not seen, so I look forward to viewing these soon! Thanks Courtney (and Joni and Millie) :)

Great information, thanks! have a nice weekend
Courtney :)

Thanks Robyn! You too :)

in the mood for love in insanely beautiful. maggie cheung's dresses alone are worth it.

Great post and good idea to recommend some inspiring 'Asian' movies. I love Indichina with Catherine Deneuve in the beautiful landscape of Vietnam.

I have some more movies for you:

* The Lover (book by Maguerite Duras)

* The last Emperor (directed by Bertolucci)

But the best for me: I live in Beijing. Lots of red lanterns around....