Project of a Lifetime 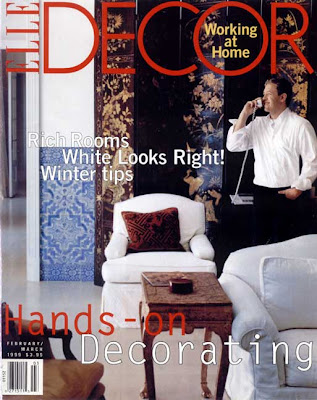 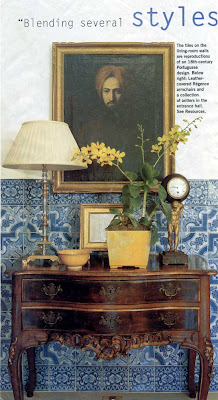 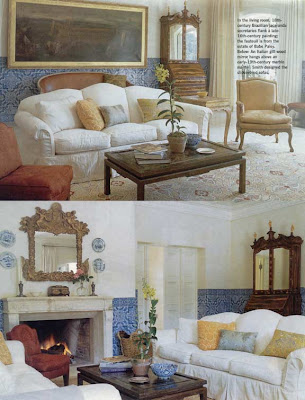 Margaret Russell once described Michael Smith's Portuguese-inspired Montecito project, above, as "magical." And HGTV featured the residence among its 10 Most Beautiful Homes. That living room, with its unexpected wainscot of blue-and-white patterned tiles, seems to take everyone's breath away.

"It was a once in a lifetime tile project," says Lenore Eisner of Lascaux Tile, the crafts-people behind the scenes of Smith's masterpiece.

When Smith's team first showed Eisner a concept drawing, her reaction was, "Wow. I was really impressed because I'd never heard of anyone in America doing a tiled living room wainscot [although] it was common in Portuguese and Spanish manors."

Smith and his clients had been trekking across Portugal, studying its traditional architecture and rich fusion of cultures. They provided Eisner with 18th-century tiles and photos from the National Tile Museum in Lisbon.

Her brief was "To try and match [the tiles] for their tones of blue, character of painting, and background color. Lead was used in the old tiles and it softens up the colors, so we had to research the new glazes to achieve that effect. My associate studied in Portugal years before, and learned tile making there, so he was familiar with traditional techniques. We tested and submitted many samples until they were approved. The tile portion of the project just kept growing."

In the end, Lascaux was involved with numerous exterior and interior spaces on the property. "Smith was generous with the tiles and their placement. He drove them right to the ceiling and used intensive pattern for maximum effect. Each of the tiled rooms was successful, distinctive and more beautiful than the next," adds Eisner.

To see a full range of Lascaux's exquisite hand-painted tiles visit their site.

The Montecito home is also featured in Michael Smith Elements of Style. 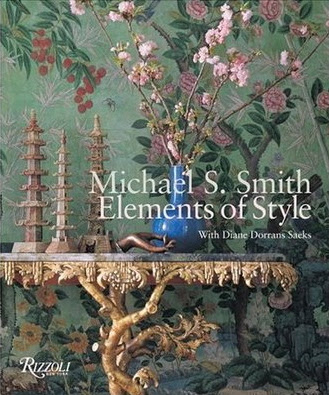 I think this is my favorite project of Smith's. It's so beautiful, it's hard to imagine living there surrounded by such beauty daily. The owners are such lucky people! I also think about the cost of such a project. Mind boggling. He's a genius in that despite the expense of such an undertaking, he still makes it accessible, livable. When people spend so much on a home, usually it takes on a "don't touch" appearance. His homes never do, you just want to sit down and put your feet up. That takes talent.

You said it! You just captured my thoughts exactly.

I have to agree with CDT's comments. That is a very beautiful, but relaxed and livable looking room.

This is also my favourite Michael Smith home. I love the white slip covered furniture set against that beautiful Lascaux tile. Comfortable and very liveable.

It has been over ten years since we did the tile project and it is still beautiful, timeless and classic. Bravo to the designer, Michael Smith who have the vision.