Ahead of the Curve: Anne Coyle 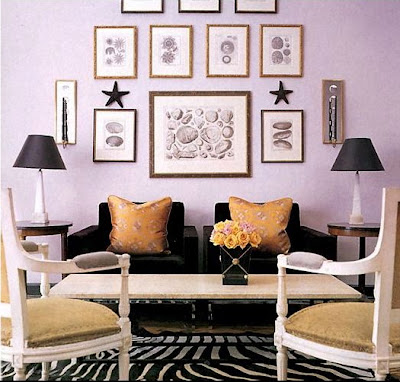 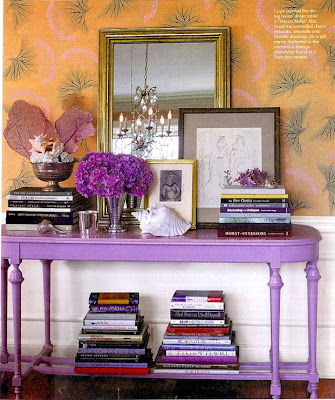 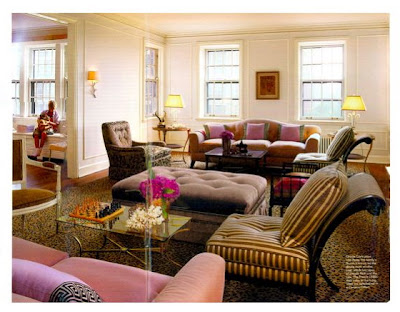 Photos above, Bill Hogan for The Chicago Tribune.

Lavender is getting so much press at the moment. But for years decorator Anne Coyle has used lavender as a neutral. She told the Chicago Tribune that her signature "Necco Wafer" palette was inspired in part by the children's book, Lyle, Lyle, Crocodile.

I think everyone has already seen these interiors, I just thought it would be interesting to draw attention to them again. (For more on the designer see past posts labeled "Anne Coyle.") 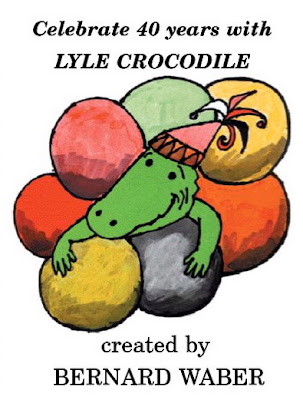 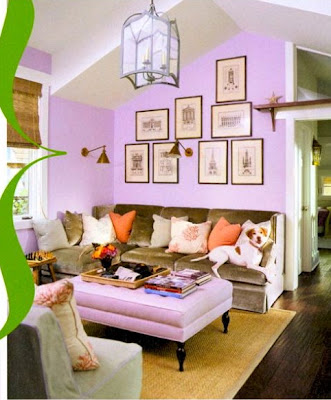 Photo above, Robbie Caponetto for the October 2006 Cottage Living.
Posted by Style Court at 2:44 PM

She has captured the best essence of this color and made it very chic.

That's a great way to put it Patricia!

i was in a play of lyle lyle crocodile in kindergarten!
the first image is so good.

Lovely images - I love the mix of lavender and mango together, just as she has done it on that sofa in the third picture and the wallpaper and console in the second picture!
X
Anna

This lavender is very chic !! Great post about this nice color.
Mélanie

Lavender is so pretty with so many different colors....love the color "message" it sends....

I am at the moment considering a lilac-painted room! I've been searching for good colors...and so far I've found Benjamin Moore's "Peace & Happiness" and Porter's "Persian Pink".

i've always loved that top photo. i think lavender and periwinkle are such great wallcolors. my daughter's nursery was done in this color, 'veronica' from the martha collection. it was so soft and comforting.