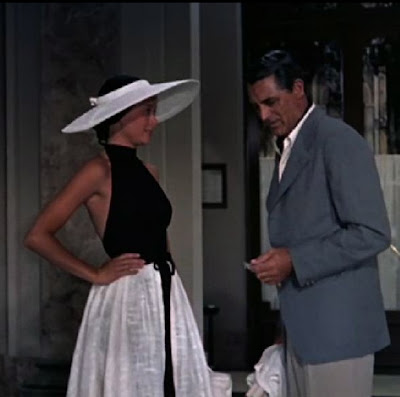 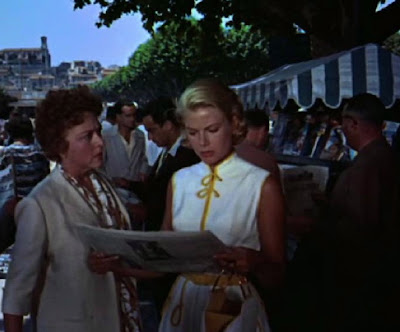 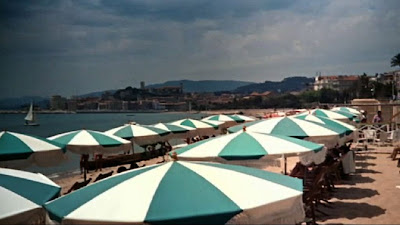 I thought I'd reached my limit on decorating makeover shows, but I have to admit Thom Filicia's new program, Dress My Nest, is pretty cute. Filicia seems to have a gift for reading people and working with less than stellar spaces. He is also hysterical, with a warm on-screen persona. If you've never seen the show, Filicia revamps a young woman's apartment using her favorite outfit as inspiration.

What I would love to see is an apartment inspired by Grace Kelly's crisp resort clothes in To Catch a Thief.

Set along the French Riviera, this movie is filled with clear colors and graphic contrasts. For me, it represents the ultimate in summer chic.
Posted by Style Court at 2:32 PM

Need to check out this show :)

Love the show, and wish I could catch it more often. Grace Kelly is classic and I'd love to see the results of that room too!

The only reason I'm catching it is that I can see it via iTunes!!

Love Grace Kelly's dress (and the beach umbrellas)! That dress would look just as chic and beautiful worn today!