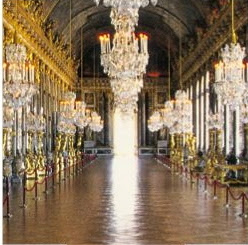 Image above, Hall of Mirrors at Versailles. 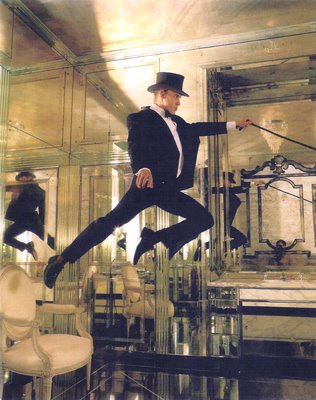 Above, Paul Costello photograph of decorator Miles Redd in a mirrored room of his own design. 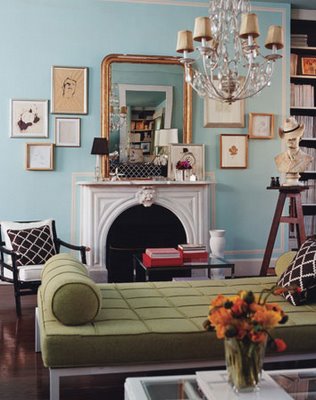 Above, from Domino's archives, Paul Costello's photograph of a loft decorated by Sara Ruffin Costello in which two mirrors reflect each other, as well as a host of lovely glimmering things.

I was in the audience Sunday when Joan DeJean, author of The Essence of Style: How the French Invented High Fashion, Fine Food, Chic Cafes, Style, Sophistication, and Glamour,

spoke at the High Museum of Art. DeJean is a very entertaining expert on "bling king" Louis XIV, and she focused on the sovereign's love of shimmer. Large-scale mirrors used in interiors, she said, are among the glamorous legacies of Louis XIV's reign.

In the late 17th century, the French stole the Venetians' mirror-making secrets and learned to craft bigger mirrors that beautifully reflected glimmering pieces in a room -- crystal, silver, candlelight, jewels -- as well as outdoor gardens. Of course, the ultimate use of reflective glass was Louis XIV's Hall of Mirrors at Versailles. 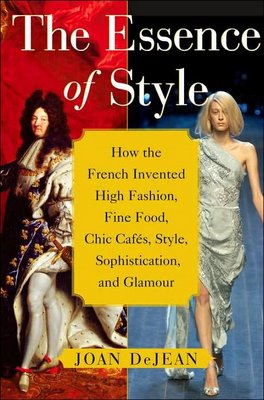 Below, another successful use of mirrors that I've posted before but had to include again here: decorator Kevin Haley's home as seen in House & Garden October 2004. 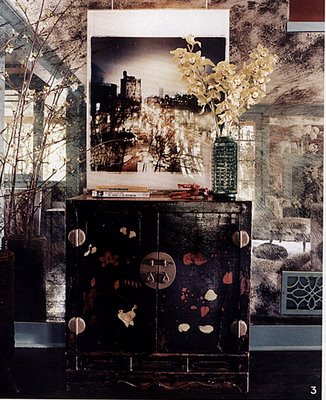 I am just curious if you are from Richmond ; I did not see that on your profile. You tend to mention a lot of Richmond people (Lee Addison, Sara Ruffin). Just wondering.

oh , thanks for letting me know! Lee and Sara went to the same high school (that I went to also) so made me curious. I love your website! I like the fact mainly that you are concentrating on design/ decorating. I am getting a little tired of other design blogs that are covering too often things like stationary etc.

Anon,
You went to school with two very stylish people! Thanks for your kind words.
Courtney

love the photo of miles redd! did you see the photos of the costello's house in the nytimes home & garden section last thursday? (an article about kids sleeping their parents' bed.)

Frances,
Thanks so much for the reminder! I was focused on the 1st dibs story last week. I need to go back and look for the "bed" story.
Courtney

love that photo from Domino. it's a major inspiration for my living room, which i'm in the process of redoing. such great colors!
btw, thanks for re-adding my comment on breakfast at tiff's. i was about to & saw it was there!

Suzanne, your living room sounds like it will be amazing. The Costello loft living room is one of my all time favorites! Thanks for coming back :)

looking for the wallpaper in the costello's master bedroom from the nytimes "bed" story. it looks like cherry blossom trees. any clues?

vicki,
To the best of my knowledge, the wallpaper is Flowering Quince from Clarence House.

i ordered a sample from them and it's so beautiful in person. will be my home office soon. thank you so much.