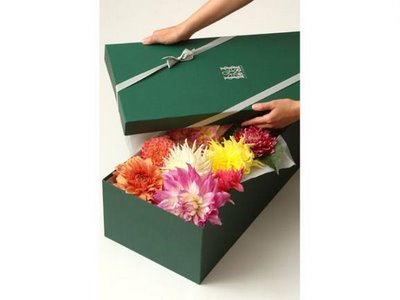 I've mentioned L.A.-based boutique florist, Lily Lodge, before but since I've been immersed the last few weeks in lectures, films and books about French 18th-century style, I've been thinking about the shop's design as well as Lily Lodge owner, Ariana Lambert Smeraldo's approach to flower arrangements.

The way those refined French chairs are mixed with earthy elements, like the antler-ish chandelier, rustic coffee table and animal hide rug, shown below photographed by Jeremy Samuelson for Elle, August 2005, makes me think of Marie Antoinette's take on "country chic." Also Lily Lodge's soft, romantic old school arrangements in precious porcelain vases remind me of all the sumptuous flowers used in the film Marie Antoinette. 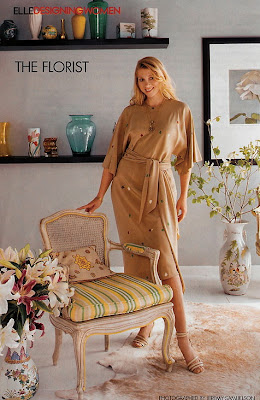 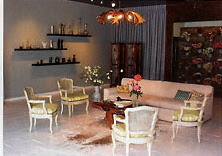 BTW: A helpful related resource is The Private Realm of Marie Antoinette.

Courtney, can you have a look at today's post and tell me if you have any idea about the origin of these paintings? If anyone would know, you would. Thanks - Pink

Gorgeous photos! I would love to take a class on floral arranging.

Great comparison you have drawn! Love the images also!