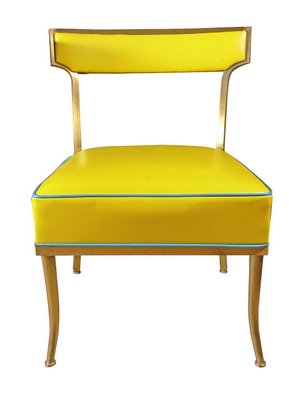 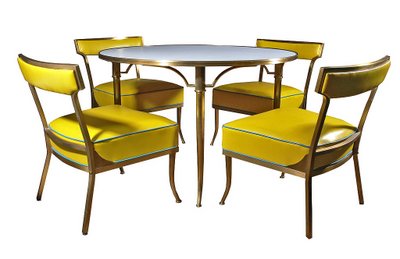 This cheerfully glamorous Billy Haines-designed brass table and chair set sold last year through Todd Merrill Antiques, but I like to think it found a happy home in a chic breakfast room. Maybe the new owners have a striking turquoise vase filled with fresh flowers on the table, to bring out that sharp turquoise-blue piping on the original canary-yellow upholstery.

Originating in Southern California in the 1930s, Hollywood Regency was a bit of a reaction against stark Modernism. Elegant English Regency and Greek Revival forms of the early 19th-century were often reinterpreted in an exaggerated, camera-ready way. For example, the yellow chairs above resemble classic Greek klismos chairs with curved saber-like legs and broad concave backrests, but the Technicolor vinyl upholstery and white laminated tabletop is pure 20th-century. 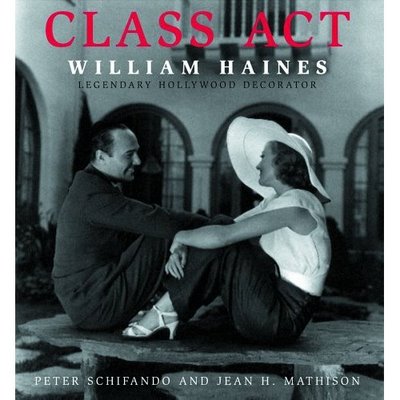 Oh the yellow is divine... I am loving that colour more and more as Spring happens upon us!

Isn't it interesting Courtney that you noted that Hollywood Regency in the 1930's was a reaction against stark modernism - I feel that we are moving out of a modernist era at the moment in decorating and this trend seems to be repeating itself as there is a move again towards the Hollywood Regency look!! It's just so interesting that History truly does repeat itself!!

Ever since I saw that Kelly Wearstler was upholstering new furniture in vinyl, I see it in a whole new way!