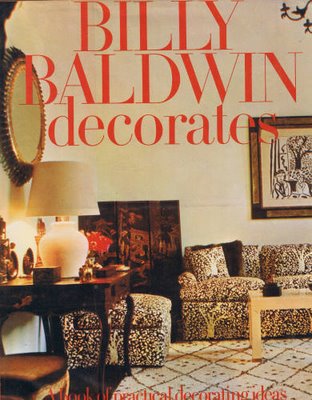 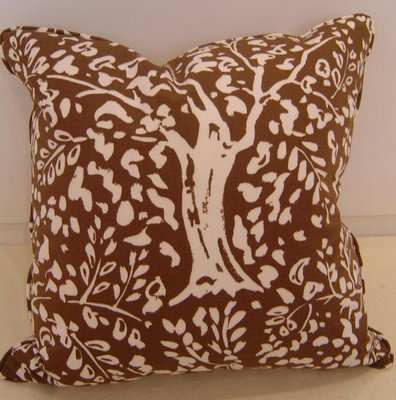 It is amazing how some patterns endure for decades or even centuries. At the end of June I posted the pillow above because I loved the modern interpretation of the age-old Tree of Life pattern done in chocolate and white. Then last night, while I was looking at this vintage design book, Billy Baldwin Decorates circa 1976, I realized the fabric originates with the legendary decorator. I'll be researching it, but in the meantime if anyone knows the pattern name or manufacturer I would love to hear from you. Initially dubbed Foliage, Baldwin and Woodson Taulbee created the Matisse-inspired print in the mid-1960s for Taulbee's apartment (pictured on the book's cover). Today the fabric is available through Quadrille as Arbre de Matisse.

BTW, the book Billy Baldwin Decorates is supposed to be reissued next month by Rizzoli

This handblocked fabric below from Lee Jofa is based on 18th century Indian palampores, which featured the Tree of Life. English designer Harry Wearne created it in the 1920's, and 316 blocks are used to print the pattern with an enormous repeat of 99 inches. 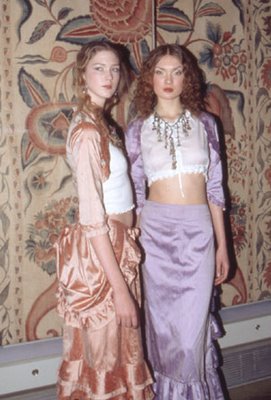 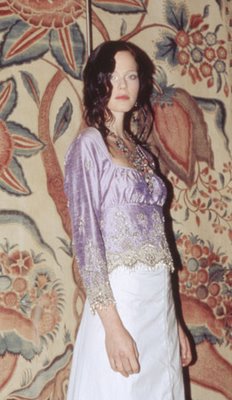 Above Anna Sui designs inspired by 18th century style and the Victoria & Albert Museum’s collections of 18th-century Indian palampores. Sui's clothes featured the pleats, ruffles and embroideries of the Rococo period, mixed with touches of Jimi Hendrix and Brian Jones for rock star glamour.
Posted by Style Court at 10:07 AM

Wonderful news about the reissue! I had no idea - thank you! xoxo

Your blog is great! I can tell you live in Atlanta by the stores you mention. Many are my favorites, too. If you ever venture OTP, there's a great shop on Upper Roswell Road in East Cobb. It's called Casabella and it's worth the trip. They have beautiful home accessories, many at great prices. I could spend hours in there. Plus they have a fabulously huge bird cage with real live birds. Gotta love it!

Thanks so much for the Casabella tip Paula!
Courtney

The Woodson Wallpaper pattern you mention was adapted from an Henri Matisse work, the one that hangs above the sofa on the book cover, actually. Its designer may have been Frederick Bradley, who worked for Woodson Wallpapers, the company that Taulbee founded in 1956 (he died in 1974). I believe it is reproduced by Hinson & Company in NYC.

Many Thanks Anonymous!
Courtney