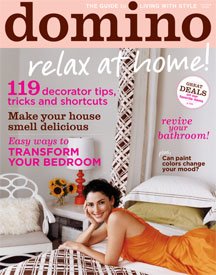 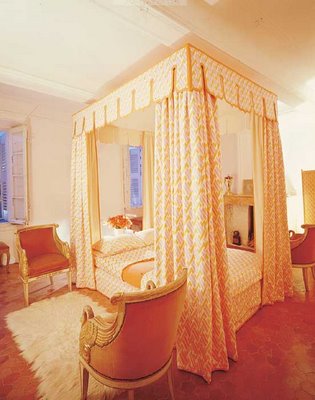 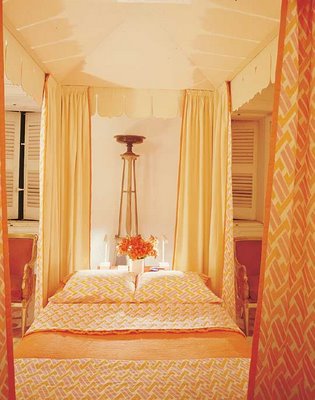 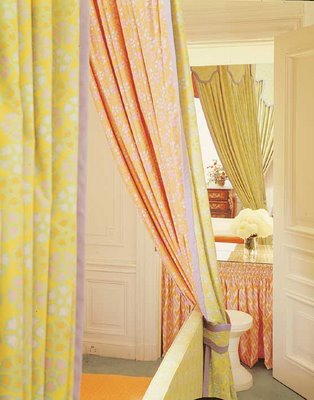 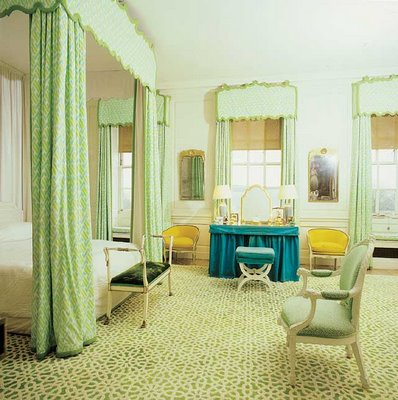 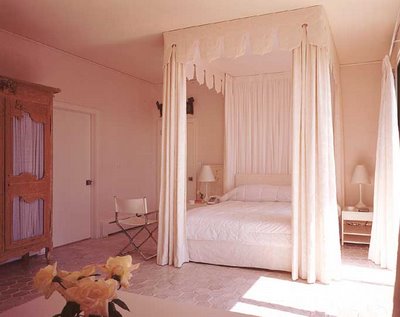 Inspired by the bed on the cover of the new July/August Domino, and a great June post from paperlily, I thought I'd share these archive photos of legendary British designer David Hicks's iconic draped beds. As paperlily noted, the dh1970 website is loaded with pictures of the late Hicks's interiors as well as links to new collections, including carpet and fabric, designed by Hicks's son Ashley that are adapted from or inspired by his father's existing designs. Also there is a helpful page on the site that highlights all of the vintage and recent Hicks books. It says online shopping is coming soon... 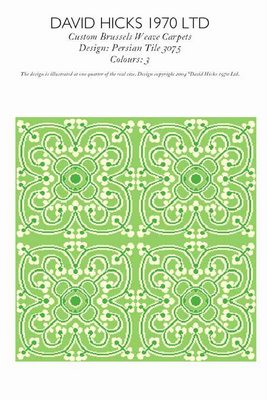 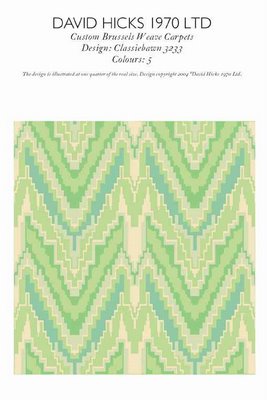 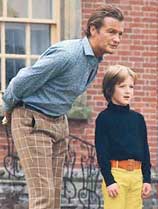 All photos above except Domino cover are from dh1970

I have the book, David Hicks: Designer by Ashley Hicks , in my own design library. Apart from the large array of pictures of Hicks's interiors, there are nice collages and photos from Hicks's travels to India, Africa, and other destinations that directly show some of his sources of inspiration for fabrics.
Posted by Style Court at 11:29 AM

Wow! Thank you so much!

I've flipped through the August Domino, and couldn't help but be reminded of the David Hicks influence, as well. My favorite of the draped beds is the one Hicks designed for his son's room with his geometric logo pattern in cream, brown, and blue. His work is so amazing.

Also, there were some wonderful ikat designs featured (which you posted about just a few days ago)that I'd like to take a closer look at.

(Also, hope you had a wonderful holiday weekend!)

Thanks Sara! Hope you had a fun holiday too :)
Courtney